Wish Upon a Star: The Perseid Meteor Shower {August 12-13} 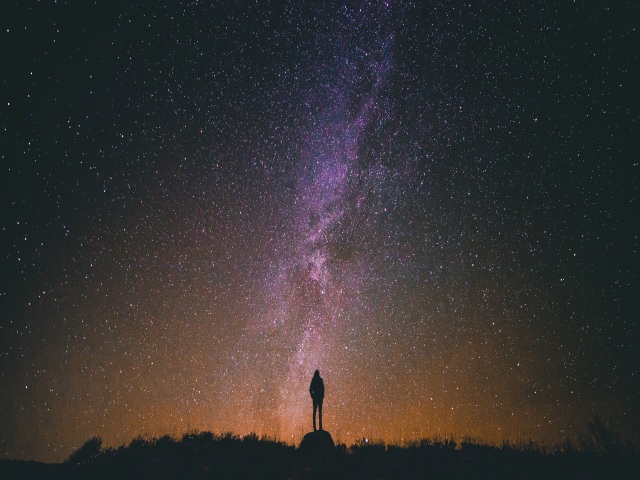 In case you missed it last year, you’ll have another opportunity to enjoy the Perseid Meteor Shower: a fantastic “eye-candy” experience. And…wish upon an amazing star.

The Perseids are considered among the best of the annual meteor showers, thanks to their reliability and high rates of up to 90 “shooting stars” per hour. This year’s peak will occur well after the moon—which will be just past first quarter—sets around midnight. There is also a possibility of a meteor outburst this year, which might produce an enhanced display.

A waxing gibbous Moon will make it harder for observers to watch the meteor shower, but if you look up into the heavens on the nights of August 12-13, you may see up to 90 meteors an hour shower through the skies.

“Every year between the 17th July and the 24th August, the Earth passes through a trail of debris left by the orbit of the comet Swift-Tuttle. The comet was discovered in 1862 but records of the Perseids date back to 36AD. As the Earth passes through the debris, the dust is drawn to the Earth’s atmosphere. A tiny speak of dust can burn spectacularly in the night sky and as many as 60 -100 meteors per hour can be seen in a clear sky in the countryside. Traveling at around 37 miles per second the meteors heat up to somewhere in the region of 3000 degrees Fahrenheit and either vaporize or explode. As a result of this, the August sky in the Northern Hemisphere is filled with glorious streaks of light—shooting stars. If you have a wish to make, now might be a good time to catch a falling star!”

This meteor shower is called The Perseid because these meteors appear to emanate from the constellation of Perseus. If you recall your Greek mythology, Perseus was the Greek hero who beheaded the venomous snake-headed, Medusa. This was no small feat, considering that gazing directly into her eyes turned onlookers into stone.

Think about the heroic Perseus as you look at The Perseid meteor shower. In ancient times, it was well known that shooting stars were considered a gift from the gods, symbolic of enlightenment and illumination from above. This may be your gift, too.

What Magic May Happen if We Look Up at This Meteor Shower?

This cosmic event is likely to affect us in unseen, yet mystical ways bringing unexpected events into our life. Even if our lives have been embroiled in confusion, chaos or turmoil, the light from The Perseid is said to illuminate our path, leading us to a new direction when we may need it most. As we look up at the sky, each of us can ask ourselves: are there any changes we would like to see happen that would make our lives happier? This cosmic event may be just the catalyst for altering our life and moving us to take constructive actions that will make our goals a reality.

There are a number of positive changes that often occur after this amazing meteor shower. It’s time when we’re likely to be inspired to find an innovative solution to a troubling problem.

Even though we may have been muddling along not knowing whether to change careers, make a commitment to a new relationship or move to a new city, suddenly our vision as to what to do is clear. Despite feeling lonely, suddenly we make new social contacts and friends. The possibilities for a magical transformation in some area of our life are endless.

It’s a time when we may read a book and be inspired by an idea or quotation, and suddenly, “Eureka!” The answer we have been searching for comes to our psyche. It all makes sense. We may go to sleep and have an amazing dream that lays out our destiny and reveals the steps we must take to get there. Best of all, the magical effect of this event can bring us an answer to your prayers in the form of an unexpected gift or reward.

All we have to do is to look up at the sky on August 12th and make a wish. Then, let The Perseid inspire us.

If you want to find out more about how the planets may be bringing changes to your life, go to the Free Transit Calculator and enter your birth date. And, if you’re curious to learn what your Horoscope says will be happening this year in such areas as your love relationships, and marriage prospects, as well as career, investments and health in 2016: Order your customized Report: Your Horoscope & Future in 2016-17.

If you want to learn about your unique personality, strengths, weaknesses and talents, order your: Personal Horoscope Report. It includes a copy of your birth chart.