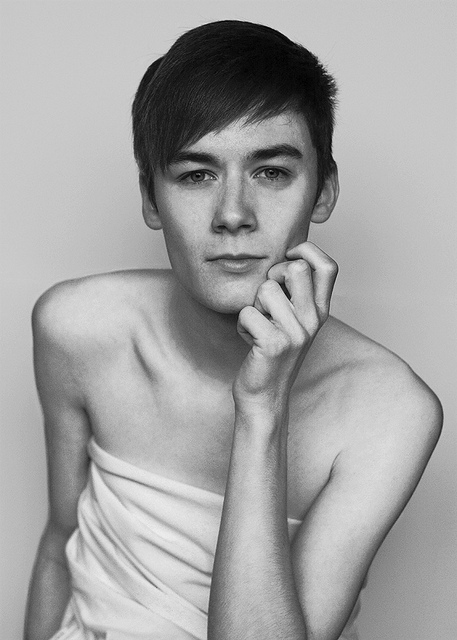 A little girl with big brown eyes walked into my counselling office.

She shook my hand as her concerned parents asked for information and advice.

She held a radiant smile on her face as she looked around, curiously. She was dressed like a “tomboy” and as we went into session and started to play with the toys she looked at me and whispered: “I’m not really a girl, I don’t feel like a girl, anyways. I want to be a boy, but people don’t like that.”

She’s old enough to know that she is biologically a girl. She is intelligent—she definitely gets it—but she can’t shake the feeling, the knowing that she is a boy.

Recall what it feels like to just know something deep inside, a truth that you know with absolute certainty. These truths we contain are not always considered logical or acceptable, yet we know that it is true for ourselves.

How do you look into those magnetic eyes and tell that five-year-old that she can’t be who she knows herself—himself—to be?

We humans, all of us fallible, do it all the time.

It’s no surprise then that there is a staggeringly high suicide rate among LBGTQ kids.

According to a recent study of analyzed responses from 6,456 self-identified transgender and gender non-conforming adults (18+) who took the U.S. National Transgender Discrimination Survey gathered by the Williams institute,

“The prevalence of suicide attempts among respondents to the National Transgender Discrimination Survey (NTDS), conducted by the National Gay and Lesbian Task Force and National Center for Transgender Equality, is 41 percent, which vastly exceeds the 4.6 percent of the overall U.S. population who report a lifetime suicide attempt…” ~ American Foundation for Suicide Prevention

And according to the CDC:

“LGBTQ youth are also at increased risk for suicidal thoughts and behaviors, suicide attempts, and suicide. A nationally representative study of adolescents in grades 7–12 found that lesbian, gay, and bisexual youth were more than twice as likely to have attempted suicide as their heterosexual peers.”

There is a huge need to show gender non-confirming (gender self-identifying) people that we care about and support them in order to allow their emotional growth and personal discovery and to decrease the devastating suicide statistics.

These souls need to be more than statistics—they need to know that they belong, they are enough, and they are also loved exactly as they are.

Even if we don’t understand, and even if it makes us uncomfortable.

They need to receive the message that they can trust their knowing and they won’t be shamed or vilified for simply being who they know themselves to be.

That is a human right.

In my office that day, I watched that confident smile walk out my door and my heart felt heavy, knowing what that child would face. But I realized that I could do something, apart from counseling her and her parents, to show support. I could also share with others how all of us can support them.

You can show support by sharing this information, or if you know somebody or you have a child in your life that is gender self-identifying, here are nine simple ways to show support!

Learn about nonbinary gender such as what it means to identify as: transgender, bigender, genderfluid, agender and androgyne. Learn about the differences between gender biology, gender identity and gender expression.

Be available physically and emotionally. Offer a hug. It is common for children to feel uncertain during times of transition and in social situations. It is also important to maintain daily routines and family expectations (such as rules and chores) for a sense of security.

Be willing to talk about societal reactions in concrete ways. Do not attempt to “protect” the child from prejudice. Prepare them in a gentle way for what people might say or do. Have them practice an appropriate response.

with your ears, eyes and heart. Allow your child opportunities to talk about how they are feeling. Listen without responding with advice, unless it is asked for.

Be willing to face your own feelings and discuss them too. Validate and label the feelings that the child expresses (i.e. “That would be hard, I can see you are sad…).
Seek personal support throughout your own process.

Encourage expressions of feelings through play; talking, writing, painting, and imaginary play. Books are also a great way for the child to project themselves into a story. These are all ways for your child to process. Available books; “Creative Chameleon Finds Acceptance,” “I Am Jazz!,” “Red: A crayon’s story,” and “George,” all deal with the issue of being transgender for different age levels.

Children learn according to loved ones that they are close to. Show your child appropriate ways to interact in personal and social situations and in dealing with other’s differences.

Transitioning brings a lot of change and change can sometimes trigger feelings of loss. Intense thoughts and feelings are a normal part of loss. A lot of children cannot sustain the heavy burden of emotions for long periods of time. They may go from sad to happy and playing in a matter of minutes. Other children may show anger or difficulty concentrating and their classroom performance and/or homework may suffer. Know that none of this is permanent, but may come up from time to time as your child develops. Respect their process and trust the journey!

if you see concerning behavior in your child (or loved one), you are feeling overwhelmed with your own feelings and reactions, or if you feel unable to support them, find resources in your community or online.

These are the things I shared with the family of that remarkable soul, who is now a well-adjusted 10-year-old, whose eyes and smile still get me every time.

Those eyes have no gender—just love. 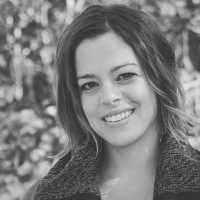 Adrianne Wagner is an author, counselor and coach who specializes in grief, supporting people in rediscovering themselves and personal transformations for codependents. She of… Read full bio