How to Re-emerge when we’re feeling Heavy. 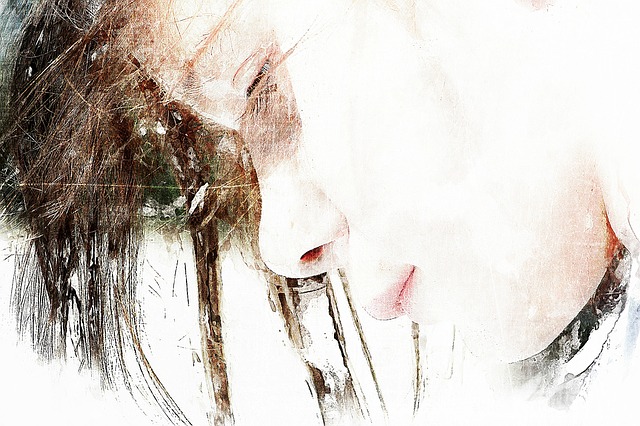 Last autumn my island of independence had become a pile of ash.

I felt I had hit rock bottom and fizzled out, defeated.

But it truly is from the ashes that the phoenix arises. Not immediately, but gradually, as everything worthwhile takes time. And a phoenix—as any living being—is born only as a chick, and slowly evolves into its highest self.

I was once told that we must each learn to be open and accepting of what makes us unique.

So over the past two years I have been doing just that. I began by moving off the grid and into the desolate woods for eight winter months. The endeavor didn’t stop there. I returned to my hometown afterward and learned how solitude was possible even in a city. And somehow that was much harder to bare. Being lonely in a crowd of people is a feeling that settles deep within.

You are forced to feel it entirely, tolerate it, and ultimately; embrace it. To become okay alone, anywhere.

After spending much time with only myself I unearthed aspects of my being that I was not particularly fond of. Although our bad traits (and good traits) are not only to be “blamed” on ourselves. We have our parents in us. Our grandparents, great-grandparents. The past lives that pieces of our soul have witnessed before recycling into the fresh combination that we are.

The different struggles we are facing today are not necessarily burdens or problems, but challenges we were given. The Universe seems to know that we each in our individual lives are able to handle and understand certain hardships. We can withstand the process to create change.

Our past cannot be allowed to linger with shame, or we will never move into the future.

And I feel as though I have moved through and beyond my past. The past where I was a vain kid. I used to base my opinions of other people, places, and things on their external presentation. I was outwardly focused, and completely appearance oriented. Within my blind oblivion, I thought I was happy. I was receiving instantaneous and fleeting gratification while living a superficial lifestyle.

What you give, you get. What you put out, comes back.

By receiving people and situations on a surface level, I remained outside of myself. Even though I thought I was having fun, after years of transitory distractions I began having regular breakdowns.

I kept moving houses, jobs, cities, searching for something. Longing for something. I can look back now and understand that it was my soul crying out for recognition, but at the time I was told by doctors that I was depressed, and could be prescribed a pill for that. I’m glad I declined.

It wasn’t until an unexpected situation pushed me to acknowledge my ignored love of writing that I finally began to head in a positive direction. Down the path my soul wanted to wander. When I moved myself into the isolated forest to write, everything changed.

Out of the public eye I cut off my hair, stopped wearing makeup, and was then confronted with my acne due to stress. I no longer recognized or liked my reflection. Although my poetry flourished, the emotional magnitude of the personal work I was doing caused me to gain weight very fast. I came back to town with a polka-dot complexion, unable to fit into my wardrobe. And I hated myself for it. Absolutely loathed myself. There was no self-love, no self-encouragement, I had made myself an island and the island had caught fire.

Self-hatred is a deep and dark state. It takes us into the vast depths of ourselves where we have never been before. We are faced with things that have been swept under the rug for years and the hardest truth is that no one can pull us out but ourselves. No one can give us self-love but ourselves. Yes, I became an island but found there was no escape route as it burned and burned for what seemed like an eternity, until there was nothing left to catch fire.

With the absence of what I had once valued about myself, I was forced to acknowledge what I had previously not. And in doing so I found that… I was still here. My shell may have changed, but beneath I was still me. I could still dance, and write, and snowboard. I still loved walking the beach barefoot and listening to records on rainy days. I still had friends that wanted me around. They cared for my personality, not my appearance.

It took years of ostensive blame and oblivion before I began to look inward and comprehend the complex and immeasurable beauty of the soul.

In acknowledging the powerful life force that exists inside of me, I learned how to see that light within others. Being outwardly judgemental is like standing at the door of life and being hesitant to knock because the door isn’t clean and polished. It’s built from raw cedar, that is overgrown and damp from time and storms passed. Being concerned about touching it, placing your open palms upon it for fear of what will rub off, is absolutely the most unfulfilling and worthless way to spend one’s existence.

Anything that challenges us is a lesson. It teaches us. I don’t believe in coincidences, I believe that everything happens for a reason.

People walk into our lives or situations arise because we need what they offer, or they need what we offer. Whether we are complaining with a thought in our own minds, or nonchalantly chattering to a friend, The Universe is listening.

So if you find yourself in the throes of stress or anxiety about your current situation, try and see the bigger picture. Try and understand what is pulling away or pushing toward you. Sometimes things need to be removed from our lives so we can bloom in a new and exhilarating way.

It is the absence of comfort that allows us to grow.

To anyone who is struggling right now, feeling weighed down by whatever burdens life has handed over, I beg you to hang on. To take it day by day.

If it is the sunniest afternoon of the year and you are feeling unable to see the light, embrace the darkness. The uncertainty and uncomfort mean that you are undergoing a rejuvenating change.

Stick with it, for yourself. For the you who is feeling heavy, and the you who will eventually re-emerge and rise up.

Nothing is permanent. Take solace in knowing that all things must pass, and the world will be here to greet you when you are ready to step outwards once again. 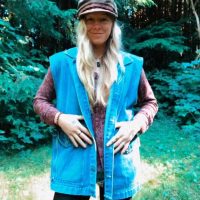