How to Remove Bad Karma with a Lime & a Coconut. 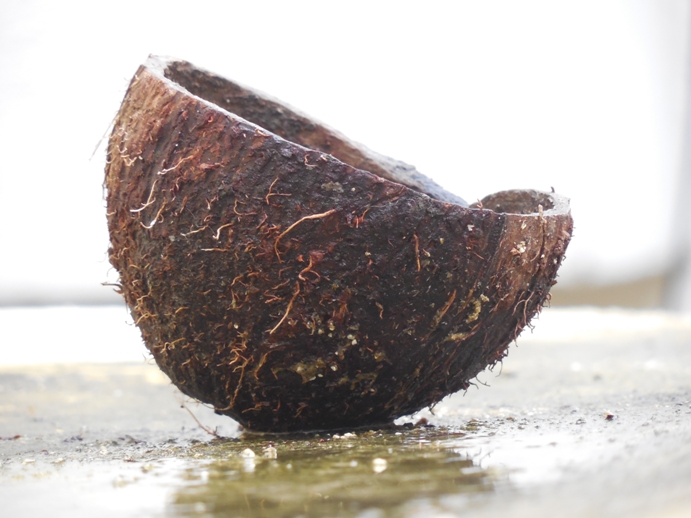 There once was a coyote who spent his time scheming up ways to catch an elusive roadrunner.

His time was usually spent in vain. This creature wasted lots of money on a mail order company that made rocket skates, a “batman” flying suit, a do-it-yourself tornado kit and more. He never got that darn bird. The sly canine’s life always went in circles. After each failure, he was “back to the ol’ drawing board.”

We tend to live similarly. Whether it’s in the areas of money, romance, social relationships or health, we often chase after something, repeatedly, with nothing to show for it. We can be as sly as can be, and even our great inventions won’t produce the goods.

This is because we need to remove bad karma first.

Karma is like a wheel because it is shaped by repetitive thought patterns, repetitive behaviors and subconscious beliefs. Most of this is below the level of consciousness, so we are not aware of it. These patterns affect external circumstances in our lives.

We can follow the teachings of the Law of Attraction and visualize the outcome we want to experience. This can have a great effect on your outer reality. However, we may run into roadblocks while doing this, even after daily practice.

While visualization techniques might bring the recurring thought patterns up to the surface to be transformed, we will often need other methods to address and remove the bad karma that is holding you back before visualization will bring you tangible results.

The way to reach, release, transform and remove bad karma is through ritual. Every religion has rituals, and they use symbols in order to communicate with the subconscious in its own language.

The language of the subconscious is evident in healing work and the intuitive arts. Healers may receive imagery about plumbers working in the blood vessels as an indication that something is being healed. Psychics may see a $1 bill on a string attached to a stick. As more info comes in, they may figure out that their client is having money problems. Another event with that same object may lead to a solution.

Non-spiritual practices like psychotherapy also use ritual and symbolic language to heal subtle issues that manifest as psychological and behavioral problems. A Fairy Tale Therapist once facilitated while a five-year-old girl, who was repeatedly raped by her father, created her own fairy tales using dolls from both Aladdin and Barbie. Within a few months, she was able to function well in a classroom and speak directly about her sexual abuse.

Siddha yogi Dr. Baskaran Pillai, from the Pillai Centre for MindScience, recommends a simple ritual that you can do to cleanse and release unwanted karma:

Pick up a coconut with your right hand. Put it against your scalp and roll it around, all over your scalp, forehead and neck. Imagine it absorbing subtle karmic impressions.

Do the same on the front of the neck, and then work your way downward, getting as much of your body as possible.
After working on your whole body, notice any part of your body that feels uncomfortable. For example, you may be experiencing heart ache or issues with your throat chakra. Feel those issues as much as possible while rolling the coconut over the same spot. Know that the coconut is absorbing the copied cellular memories and subtle vibrations that are causing your unwanted circumstances.

If you have a specific issue in mind, visualize the outcome that you want to see. Use all senses—smell, taste, touch, vision and hearing.

Try to feel the emotion that you will feel when you accomplish your goal. Do this while continuing to roll the coconut around your problem areas.

Smash the coconut, knowing that your karma is being released. Say, “In the name of Ganesha I smash this coconut, clearing and releasing the karma.”

Clean it up and throw it away, and then wash your hands. Ganesha is the elephant god who removes obstacles. He is the lord of new beginnings.

You can also repeat the same exercise with a lime. In this case, cut it in half, throw it away and wash your hands and the utensils used to cut the lime.

There is a very real karma cleansing process occurring behind the actions. You can refer to it as energetic healing or use whatever language you’re comfortable with. It’s the same process, no matter how woo woo or mundane you imagine it to be.

The subconscious and the subtle energy bodies are hard to reach directly. That is why you often need to use roundabout methods, called rituals, to reach certain places within both.

Keep practicing this simple ritual, and you will notice its karma removing results over time. You may even notice some immediate results.