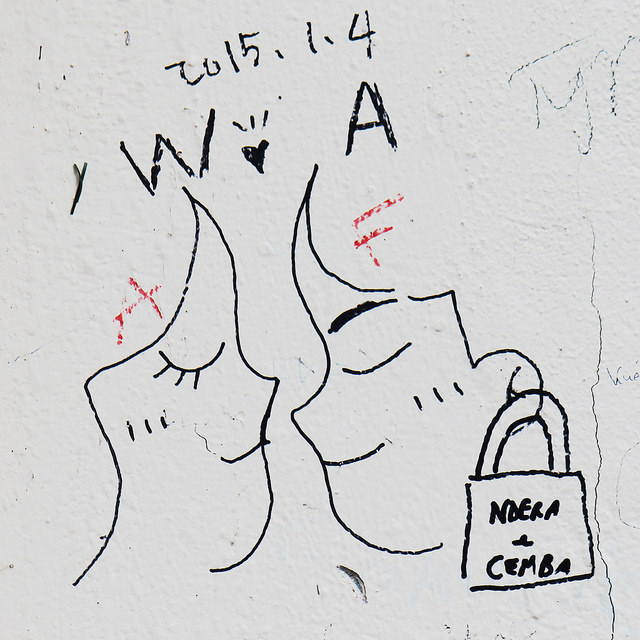 We met in an unconventional way, you and I—on Twitter, to be precise.

You had a clever wit combined with a careless, youthful manner that immediately attracted me.

You see, while your manner had a youthful carelessness about it, it did not mask the fact you were more intelligent than any boy your age I had ever met.

Everything you said had an astuteness about it—you had brains. I have always been a sucker for intelligence.

You told me I was more beautiful than any girl you had ever met, and I believed you.

Had anyone other than you (literally anyone) said those words I wouldn’t have believed them, but I believed you. I believed the honesty and the sincerity of your compliment.

There was nothing else to be done.

From the moment I first met you, I knew deep down you couldn’t (and wouldn’t) ever be dishonest with me. It was a warm feeling. You were always as eager to have a conversation with me. This marked the beginning of an inexplicable connection.

We were friends, casual ones, but I was drawn to you in a way I had never been drawn to another human being.

For a few months it was like this, and then something changed. My deeply introverted self began to resist the openness with which we had originally connected.

For seventeen years I had learned to build walls around myself because I was afraid. I lived with my own secrets, I walked alone, and I shared my deepest desires and unsung fears only with myself. That’s the way I had been raised, and from a very early age I had learned to be fiercely independent.

I always chose how much I revealed to others, but with you, I couldn’t help it. You had a way of making me talk in your presence that made me feel emboldened, and strange as it may sound, being connected with you went hand in hand with being connected with myself—and it scared me.

For the first time in my life, I felt like I might be vulnerable in front of another, and so I pushed you away. For a couple of weeks we did not hear from one another. It did not last, now that we had found each other, we were not meant to be apart.

And then came the time to go off to college. I had hoped you would at least be going to the same city as me but you weren’t. I went to Lahore and you chose to go to Islamabad.

I remember you were afraid of going to the city of hills. The perpetually overcast skies, according to you, were enough to drive a happy, healthy person right into the arms of depression. I told you it would be fine, and I was right.

Within a couple of months, you changed the perception of the city of hills and overcast skies not just for yourself but for me as well.

You see, you are made of starlight and fire, and wherever you go, you brighten and kindle. It’s one of the reasons I am drawn to you.

I cannot tell you how many times I have felt like a freezing traveler on a cold and stormy night who found a blazing fire that saved her life.

College is where our romance really started.

You found out I was going to be with someone else, and I will remember that one December night for as long as I live when you kept me up all night, trying with all your might to show me the way you saw me.

My entire world changed. I was a different person the next morning. I was happier and more relaxed. I had made a difficult decision but I emerged on the other side feeling more serene than ever.

And boy, did you make it worth it.

I remember how you used to travel from Islamabad to Lahore on the train through the night to take me out the next day.

You used to listen to our favorite music during the journey, and I used to wake up in the morning to your texts telling me you were looking out the windows of the moving train and thinking of me.

I remember a time when I woke up in the morning and texted you to check if you had reached Lahore, and you told me you were in the park right next to my dorm waiting there but you did not want to wake me, and how good it felt to be this close, knowing I was peacefully asleep. Oh, the things you’ve done to make me happy, the ways in which you have supported me through career dilemmas, and an extensive struggle with my wellbeing.

I remember the day of my graduation ceremony. I woke up feeling extremely unwell, but prepared myself to attend it because I wanted to and because my father was going to be there. For security reasons, we were each allowed to bring only one guest, and I invited my father, who didn’t show.

I remember resolving to be strong and then losing it at one point. I stepped outside and called you and my voice was shaky with tears and you were impatient and asked me if you should come. The ceremony was halfway through and the entrances were closed, so you couldn’t. I know the only thing that had kept you from being there in the first place was I couldn’t invite you. You were, however, desperate to see me, and I couldn’t stand being there much longer on my own swarmed by my friends with their loved ones. I ditched the reception and went home and we video chatted. You told me I looked beautiful and how proud you were of me.

I don’t think there has been one day in the last five years when you haven’t told me either of those things. I only saw you the other day for a couple of hours, after eight months, and I don’t know when I will see you again.

It is the thought of you that keeps me warm through these December nights.

I can feel you holding my hands in yours to keep them warm even with all these miles between us. The memory of waking up to you kissing the tip of my nose and my forehead is as fresh in my mind as if it happened this very morning.

So I hold on, through these dreary nights apart, waiting for a miracle, which we both believe will happen soon. Waiting for the nights to arrive when I will no longer have to go to sleep without you and yearning for the warmth of your touch to lull me to sleep as it so effortlessly does. Meanwhile, I bow my head in gratefulness for having you. For everything I have ever done and been, I could not have thought I deserved to be with a human being as kind, authentic and genuinely wonderful as you. But I am, am I not? 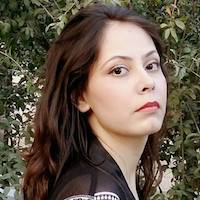