Looking to the Moon too Soon: How Spirituality Failed Me in Coping with Trauma. 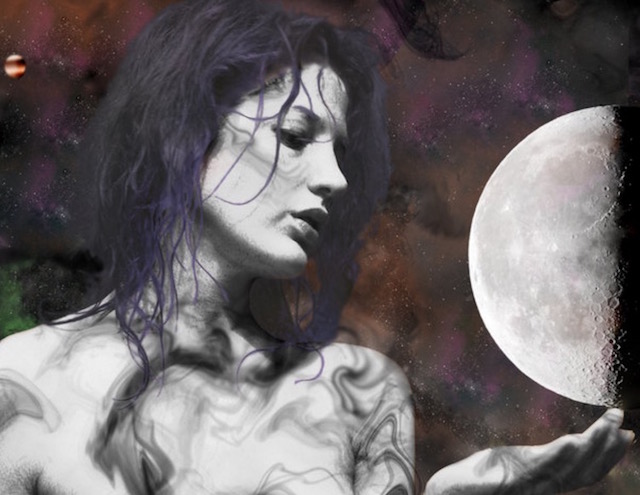 There was an accident. Someone was hurt.

“My barn, having burned to the ground, I can now see the moon.”

The barn was my skin.

The barn was my hair.

The barn was my sense of safety.

In March of 2014, I decided to take a trip to California to get my hair colored by a stylist I had longed to go to for many years. I almost cancelled the week prior, questioning whether I should spend the money or if I was being too indulgent for the sake of vanity.

Roughly 15 minutes after the chemicals were applied, which should have turned my long hair a bright, beautiful shade of blonde, my head began burning and smoke was billowing from my hair.

Instead a lovely shade of blonde and a trendy haircut from an upscale California salon, my long, beautiful hair was burned off.

A week later I was in the ICU with a chemical burn that went all the way to my skull. Two weeks in the ICU and two skin graft surgeries later, I was released from the ICU a changed person—outside and in.

I even told myself I was lucky that my injuries were nothing compared to those I saw in the ICU. I told myself I had to keep going, so I wrapped my head in scarf or wore a wig in an attempt to cover it up and move forward.

I went back to work. I went out to bars with my friends. I went on trips.

Almost three years later, I cover the permanent four-by-six-inch bald spot on the back of my head with hair extensions. On the inside, I’m still working through anxiety, anger, depression and a view that the world around me is unsafe.

But if you looked at me or talked to me, you would never know.

I have pondered over and over all the many decisions that led to that moment that would change me forever. Were they mistakes?

My heart tells me there were no mistakes. The accident changed me.

The burn left me incredibly sensitive to the suffering of others. It instilled a fire in me to stand up for injustice, based on the rage I felt for my own injustice.

I was forced to come to grips with who I was on the inside, aside from the external beauty of my hair. I was pushed to connect with a more creative and expressive part of myself that had previously remained undiscovered.

This experience reinforced my awareness of the fleeting nature of life. So much so that it pushed me to take risks the “before” me would never have taken, including leaving my corporate job to travel.

It pushed me to write to share parts of myself outside of the corporate writing I did to pay the bills.

As a result of the burn, I now saw the light of the moon like never before.

But—I have to admit—I looked for the moon too soon.

I looked immediately to try to find the positivity in the trauma under the guise of spirituality. I was so desperate to see the light of that damn moon, so I could try to make sense of what had happened to me, that I never fully processed the intense emotions I had.

I spiritually and intellectually bypassed my feelings.

There are many bypassing techniques; mine looked something like this:

Everything happens for a reason.
There is a silver lining.
Don’t dwell on it.
Just keep moving forward.
I should be over it by now.
Be positive.
I am just grateful for what I have.

None of these bypass techniques work long-term. Trust me—they should be called bite-you-in-the-a**-later-bypass, because all the so-called bad feelings I shoved aside came out eventually, in a not-so-nice way.

Don’t get me wrong, the bypassing worked great at first. I felt rather proud of myself, clinging to the positive, not allowing myself to feel anger and blame or grief and pushing it away when it came up.

It was avoidance in disguise.

After a few months, the facade I had built began to crumble. I would become furious at the slightest thing that went wrong. I became addicted to my phone, compulsively checking it as a way to check out and avoid my feelings. Perfectionism reached an all-time high as I attempted to control the external world around me.

I was scared to sleep at night. I was irritable. I was angry. I refused to blame anyone involved in the accident, but I began to nitpick and blame people in my life for unrelated things.

Then the panic attacks began—first in the middle of the night, then at work, often in meetings.

I avoided talking to a therapist. I thought my spirituality and my yoga mat were enough. I struggled to keep the act together. Everything looked okay, but I was becoming completely exhausted trying to keep the pretense going—even to myself.

As the anxiety and anger got worse and worse, I knew something had to give. I left my corporate job to travel the world, take yoga trainings, heal, and listen to myself.

As I sat in a villa in Santorini, Greece, my anxiety and depression just as strong as ever, I realized something important: If these feelings could follow me to paradise, they would never leave unless I stopped pushing them aside. I needed to actually allow myself to feel my feelings to move forward, no matter how painful or ugly they were.

It was then that I made the commitment to force myself to sit with the pain and discomfort instead of bypassing or numbing. I began listening, and journaling. The final step was finding an incredible therapist to help effectively release those things I had been holding onto.

It was uncomfortable to face the feelings that I shoved down for so long, but now that I’m no longer running from them under the disguise of spiritual language, the light of the moon feels more real.

The barn still isn’t completely rebuilt. The structure is rickety. The inside is charred. The barn will never be the same, but I refuse to lose sight of the moon.

So, when life hands you lemons—even if they’re rotten, coated in flaming dog sh*t, and launched into the proverbial barn—I hope that you are also, eventually, able to see the light of the moon.

But please, don’t make the mistake I did and go looking for it too soon. 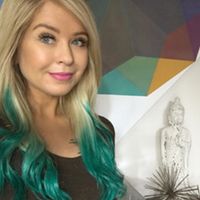