Feminine Energy is Alive & it Ruled the Women’s Marches. 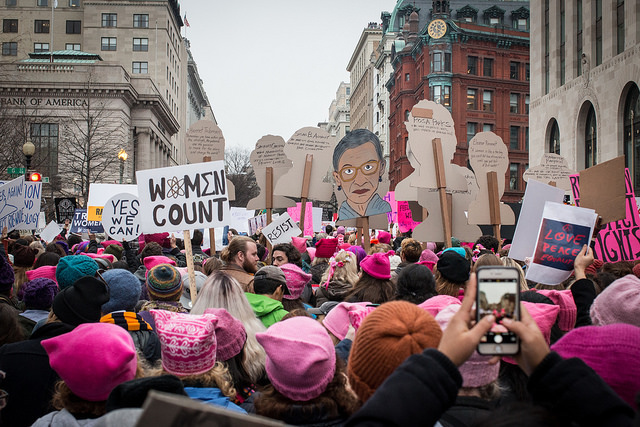 I have been rallying, demonstrating, protesting and marching for 50 years.

On Saturday, January 21st, I rallied and marched in Washington, DC with at least half a million other women and no small number of girls, men and boys.

There was something so different about this protest. Given the volatility of the issues that brought it to fruition and the man who inspired it, one might have expected a show of anger that could have easily escalated into confrontation.

The sheer numbers of people at many of the Women’s March rallies could have been a catalyst for an affray of some kind. Instead, there was a very loving and peaceful presence that permeated the massive sea of humanity. That never changed from beginning to end.

There are many definitions of masculine and feminine energy associated with both ancient spiritual belief systems and very new age contemporary thinking.

These definitions are not associated specifically with women or men. We all need a combination of both energies. Balance is key—as in knowing when we need more of one type of energy to be balanced.

There are some generally agreed upon characteristics of feminine energy such as the ability to be feeling, receptive, creative, nurturing, intuitive, flexible, imaginative and cooperative. Some characteristics of masculine energy are defined as directive, logical and linear thinking, individualism and rigidity. None of these characteristics are inherently good or bad. We are all made up of both—as in Yin and Yang.

The protests and marches that I participated in for Black Power, against several wars and to free political prisoners have—for the most part—been nominally peaceful. But even if no violence broke out, the threat was almost always there.

The energy at those marches was decidedly masculine. It was more confrontational as well as individualistic. Protesters were more likely to decide on their own to do something provocative. Indeed, I have been in protests where both the protesters and police instigated the ensuing violence.

Even the early women’s rights marches of the late 60s and early 70s had a more masculine energy. They too, were confrontational; as women tried to assert themselves by showing they weren’t soft and could be just as angry as men.

I’m sure many veteran activists and marchers of my generation wouldn’t have been surprised if things had gotten out of hand and some encounter ensued. I’m just as sure that there were thousands for whom this was their first protest and had no idea what to expect.

Despite the in-your-face protest slogans and signs, the volatile issues of choice, sexual assault, misogyny, women’s rights, human rights, LGBQ, minority, and immigrant rights, there was a sense that the space we held was both safe and sacred.

An estimated five million people participated in Women’s Marches worldwide, and I couldn’t find evidence of a single arrest or report of violence.

Veteran or novice, it would have been impossible not to feel the palpable feminine energy that permeated and blanketed the rally.

The three generations of my family that marched together included my daughter, my three granddaughters and myself. A friend and her two daughters joined us. Our little group of eight was a powerful representation of feminine energy. Along the way, we met women who exuded the same sense of camaraderie and joy that we felt being a part of this massive demonstration of woman power. 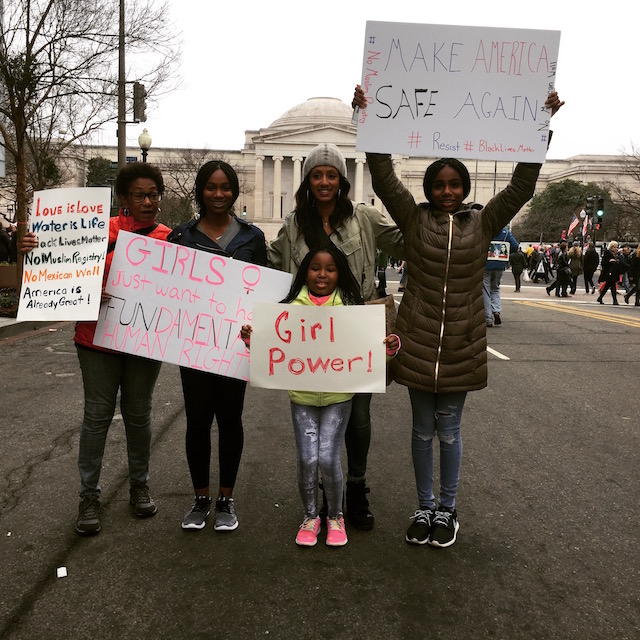 The women who organized this rally clearly used an abundance of feminine energy to bring it to fruition. It all began with a Facebook page started by a retired attorney in Hawaii, Teresa Shook, after she woke up shocked and demoralized on November 9th. She invited women to march in Washington to oppose Trump’s election.

Soon, organizing the march fell to the capable hands of seasoned organizers who happened to be three minority women and it took on an intersectional nature that began to define its purpose. It became more inclusive. I think inclusiveness reflects the nurturing, cooperative, receptive and flexible feminine energies.

Bob Bland, a New York designer who designed the Nasty Woman and Bad Hombre T-shirts also had an idea for a protest march. Despite the name, Bob Bland is a woman. She wanted to call it the Million Pussy March.

For me, that name represents distinctive masculine energy. It has a certain logical, linear thinking to it. It’s very in your face and directive. But it certainly doesn’t feel inclusive. I think a lot of women wouldn’t have shown up to that march. Thankfully, Ms. Bland deferred to the feminine energy.

In the end, the march became less about a protest against the person now occupying the White House and more about protesting for reproductive rights, religious equality, immigrant rights, gender equality, wage equality and environmental justice among the issues.

And in the end, feminine energy prevailed to make the Women’s Marches the largest gathering of women the world has ever known.