In Times like This, we must Remember our Past. 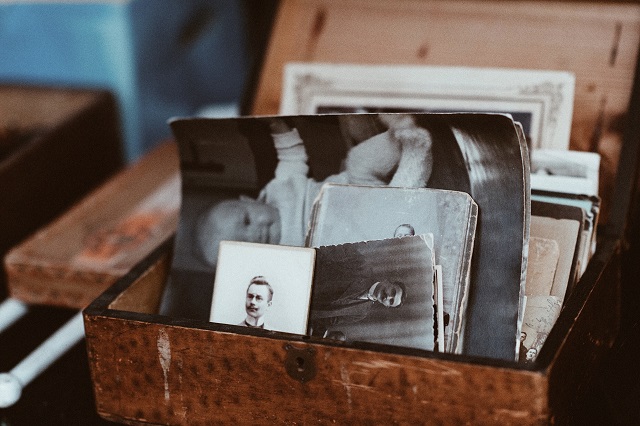 It is no secret that every new generation struggles to adequately communicate with the one before it.

Change has never been easy and progress never happens in a straight line.

I’ve seen so many headlines over the past year that illustrate a deep divide between my fellow millennials and their predecessors. Headlines that call us lazy, self-centered, spoiled—that say we ruin everything.

Not since the heady push for social progress of the 1960s has the upcoming generation clashed so vehemently with the one before it. On the flip side, I’ve seen just as many articles by young writers raging at the lot that is being handed to the millennial generation: A country deeply divided, institutions mired in corruption and greed, a precarious economy and a volatile cauldron of international relations.

However, I do have this criticism for my fellow millennials: Our busy and noisy world of Twitter, Instagram and Snapchat is dangerous territory. We are the children of YouTube and viral videos. Our attention span is getting shorter and, consequently, so is our memory.

This is where we find ourselves on treacherous ground, because the best defense that we have against the current push to take our society backward, is a long memory. I’m not just talking about an understanding of history and the falling dominos that have led the world to war in the past, although that is vital. I am talking about personal history, roots—the people who went before us, shaped us and set us on our journeys in this world.

I am Irish and American (not to be confused with Irish-American).

I was born in America and raised in Ireland. My mother is American and my father is Irish, and my roots are deep and spread out across oceans and continents.

My experience is an unusual one, but it has granted me a unique vision of two distinct cultures and histories. On the Irish side, my family are academics, teachers, historians, and writers. They are deeply rooted in the history of the country and its people. Every time I go home I am struck by a pulsing awareness of anguished, hard-won ancientness and wisdom.

My grandmother on my father’s side was one of the first female journalists in the country. She began her career at the age  of 18 in the middle of World War II, and spent her youth in a world of men—an unconscious trailblazer, who steadfastly refused to sit down and be quiet. In her later years she became a historian, and she taught me the legends and folklore of our ancestors. She once told me that we were descended from Queen Maeve of Connaught (a legendary Irish Queen—think Khaleesi without the dragons or hair extensions).

While I’m not sure how much truth there is to that, her message was clear: You come from warriors. Be a warrior.

On the American side, the phrase “salt of the earth” comes to mind. My grandparents fell head-over-heels in love, married young and raised a family. They worked hard and gave their children a good life. Theirs was the elusive American Dream.

I never knew my grandmother well but I remember her being poised and graceful, slyly funny and in possession of the most impeccable taste a 1950s housewife could ever hope for. In her later years she was the victim of a vicious and debilitating degenerative disease. With no hope for a cure in her lifetime, she fought the progress of her illness with every ounce of her considerable strength. My grandfather cared for her every single day of their lives together. Their legacy is one of endlessly generous hearts and the quiet, unobtrusive courage of refusing to lay down in the face of impossible odds.

These are the brave and strong people whose legacy is mine to honor. It is their memory that I strive to live up to.

This is what I believe our generation is in danger of forgetting: the hardships that those who went before us faced, and how that has paved the way for our lives of relatively unparalleled privilege.

Our lives are so consumed by the constant churning of trends and the noisy, live-streaming present moment which demands our attention with something new every time we log in. Our world is in constant upheaval, racing from one advancement to the next at break-neck speed. Taking time to look to the past would bring us some much-needed stillness and perspective in a world that is moving faster than any of us can hope to keep up with.

To the elder generations, I ask for these things: patience, grace, and a willingness to teach from the benefit of experience. Don’t write us off as shallow trend-chasers just because you don’t understand how we communicate. We are trying to establish our place in this world just as you once grappled to find yours. Even though our technology and society are changing constantly, human nature is the same as it ever was. We are learning. Please have the humility and decency to teach rather than criticize.

I, like most of us, am apprehensive about the current trajectory of this country and the world at large. We are close to a terrifying precipice and it is so tempting to give in to the fear and anxiety that only fuel divisiveness and hate.

However, when I feel the swelling tide of existential panic that threatens to consume us right now, I think about my grandparents and I remember.

I come from warriors who stood up to crushing disappointments, physical agony and the censure of society.

We, as a generation, can only benefit from looking to the triumphs and failures of our elders. Because they are what we are made of. 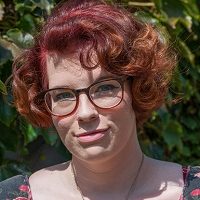