What my Doorknob taught me about Life. 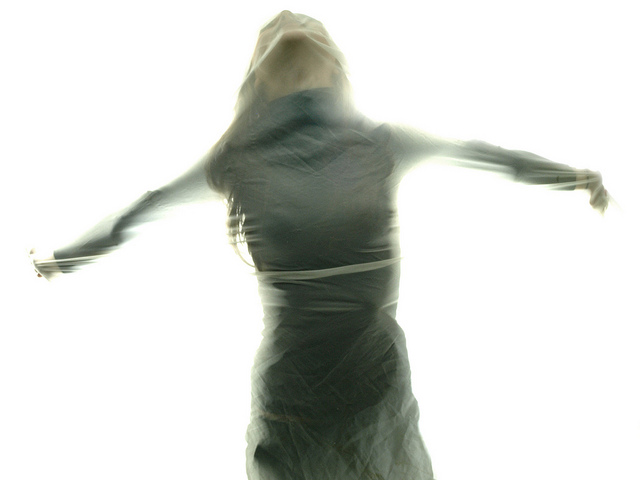 For some reason, the knob on the back door of my house always jams.

It’s one of those piss-you-off-when-your-hands-are-full issues that persists.

I’ve made my husband change the locks several times. The thing is, the knob doesn’t jam on him, but he agrees—it definitely happens to me. And it’s annoying.

I fight with that door like it’s nobody’s business. Eventually, I find a way in. Sometimes I have to go around to the front of the house because it simply will not open, but I get in. I’ve had lock specialists check it out, and even they had no explanation other than it must be the way the wind blows.

After I unrolled my eyeballs from the back of my eye sockets from annoyance, I matter of factly replied that it also happens when there isn’t any wind.

However, as it turns out, it might very well have been the figurative winds.

A few weeks back, I watched as my husband unlocked the door—the key clicked into place and we were inside with no hullabulu at all. I noticed he did something almost unnoticeable to open that door. My brain was firing on all cylinders, but I didn’t say anything (I was in the midst of another hefty eye roll, becoming aware that if I kept rolling my eyes this much I might lose them back there—although I’m not too sure that getting a good look inside for a while would be that bad).

A light bulb had gone off. But I wanted to be sure before I mentioned anything, in case I was wrong.

The next day I put my suspicions to the test. As I first tried to unlock the door, it was indeed stuck. However, instead of fighting with the door, I just let go, relaxed my hand on the knob and voilà—it opened!

“Well that was easy.” But the cynic with the stubborn streak needed to be really sure. I decided to give it a week before I decided anything—after all, a girl’s got to be sure about these lightbulbs!

The next day, the same thing happened. I relaxed, and the door just “clicked” into place. Every day for a week this happened. I relaxed and it clicked into place. I had fought with that door for seven years. I had pushed and yanked and exasperatedly sworn my way to sailor status over a door that, apparently, just wanted to be gently nudged.

The weather became cold, and I was sure it would get jammed on a super cold day. I didn’t have to wait long for that day to come: It was eyes-watering, car-doesn’t-want-to-start cold. I was a little giddy as I approached the door that day, certain that it would stick. I was wrong. It opened with a relaxed and gentle prod.

As I walked into the house, I couldn’t deny the lightbulb moment. I typically get excited about my breakthroughs, but this one seemed more bittersweet, as I was faced with just how much fighting I had done in my life with things that likely only wanted to be gently nudged.

I poured a cup of tea and let all of my thoughts and belief systems re-work themselves. There’s not much a good cup of tea can’t fix.

I realize that I resist things. I make them harder. I push. I fight. I find a way to make things work when sometimes those things weren’t meant to work.

I realized that there were many times when I should have relaxed and gone with the flow, letting things happen. The door was a metaphor for many unidentifiable things. As the realization washed over me, I couldn’t help but wonder if I would finally get the lesson now. Would I remember the door the next time I find myself pushing too hard on a “door” that has pull written on it?

I’ve often assumed that things are hard in life. I can do them and will do them, but they are oftentimes hard.

The doorknob taught me it’s only as hard as I make it.

I’ve come to only know the fight in my life. I’ve fought to be here. I haven’t always had it easy, and I’m grateful for my fight. I’m grateful for the divine warrior inside of me who has helped me survive in situations I might not have been able to if I wasn’t prepared to fight.

Often when people try to teach ways of reframing our thinking and mindset, they note how many people want and expect life to be easy and they give up easily when it’s hard. In my journey, I seem to have always chosen the hard roads. I suppose I’ve become so used to fighting, it seemed only natural that I would fight my way through my whole life.

We get what we focus on. Of course life is going to have hardships. That’s life, it’s not all sunshine and rainbows—as Rocky so eloquently reminds us. But it’s not all hardships either. “Why does everything have to be so difficult?” could easily be reframed as, “Is there another way to do this?”

Some hardships are chosen by a simple refusal to look around, assess the situation and come up with solutions. If I had just been calm with my doorknob years earlier, I might have found the solution long ago. But I think the lightbulb went off when it was supposed to. The lesson wouldn’t have been as profound then as it is for me today.

I fight at times when there is nothing to fight about. I push when the door says pull. I struggle when there is an easier way. I intentionally choose the hard way instead of looking at all of my options.

I always joke when this happens, but I’m finding it less funny now as the reality sets in of how much my belief that it was going to be a struggle has impacted my life. I choose the hard way, even when there is another way. I create a path when one already exists.

In many ways I am proud of this because I never give up and go home. I never take the easy way out. But there is no pride to be found in fighting with a doorknob when the solution was to gently wiggle the key.

And if I’m fighting this hard on something so unimportant, how much energy am I expending on things that are far more significant but might also have easier solutions?

Now I can see that there is always a bigger picture, there is always a lesson to be learned in everything and there is always something that can be done. Even when we only see one option, there are more hiding just out of sight if only we step back, relax, give life a little wiggle and look for them.

Everything doesn’t have to be a struggle. 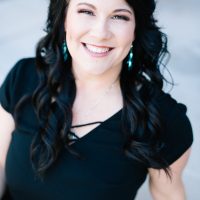