When you Follow your Heart, Things fall into Place. 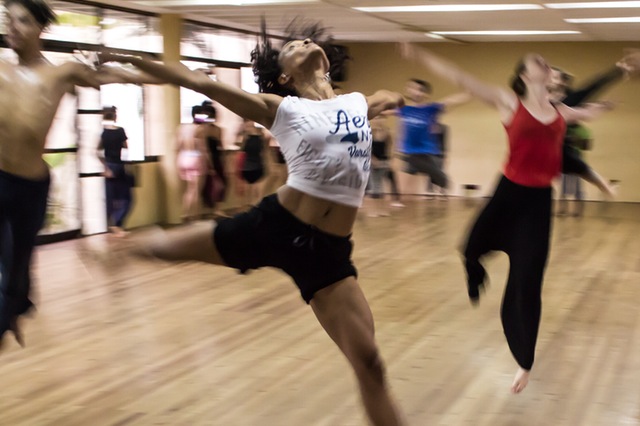 I’ve repeated the same thing to myself every year—this year is definitely going to be different. I can feel it.

The problem is, as much as I wanted things to be different—desperately at times—the same me and my same old life always crept into the new year and beyond. I couldn’t seem to leave it all behind.

I’ve been stuck in old useless habits, the wrong mindset, afraid of change. It could’ve been one, maybe even all of them. Whatever it was, the fact is, I was going nowhere, fast. In hindsight, I can see that one important factor was missing in my quest to have more in my life, but I didn’t know it back then because it simply didn’t cross my mind. All I knew is that something needed to change.

For a long time, the changes I wanted to make were centered around starting a business. It’s something I had been wanting to do for years. Almost every day I dreamed of working in a way that suited me, earning the money I wanted to earn and working whatever hours I chose.

For the most part, it was about the money more than anything. I was determined to figure it out and make it happen, but something always felt off and it never quite worked out.

Years later, my problem became obvious. I wasn’t getting anywhere because I didn’t just want to make money—that wasn’t enough for me. What I wanted was to make a difference in people’s lives. The work I wanted to do had to be impactful. But as much as this helped me to understand why I had struggled to make anything work, there was another piece of the puzzle that had yet to be revealed.

As a result, any focus I had on one idea never lasted more than a matter of months, and I couldn’t help but think I was doomed to a lifetime of stops and starts without ever realizing my dream.

But then, that elusive puzzle piece finally slotted into place. I didn’t notice the impact it made initially—it was only after a few months that it all began to make sense. So what was that final puzzle piece?

You see, all I wanted to do during those years was dance. It wasn’t just a nice-to-do idea, it was a pull—a calling from my soul that refused to be ignored and was clearly prepared to keep calling, no matter how long it took. I had tried to bury this desire for several years, to convince myself it wasn’t that important. But I finally succumbed to its draw.

As I began taking dance classes, I felt a gentle loosening up of the stuck feeling I had been experiencing for some time. I found more clarity about what I wanted to do business-wise.

That’s when I finally understood the importance of not turning my back on what stirs my soul. To me, answering your soul’s calling is the remedy for discontentment.

So from this year forward, this is how I intend to stay true to myself:

Be honest about what I want and don’t want.

It became apparent to me that by holding back on what I wanted, I held my life back too. The more I tried to push my desire to dance away, the more frustration I felt and the more unbalanced my life seemed. Lying to and distracting myself with anything but my desire only resulted in an underlying ache.

Whether it’s something that seems overwhelming or impossible, the least I can do is admit to what’s in my heart. I can’t possibly stay true to myself if I try to repeatedly suppress my inner yearnings.

Be brave and start making changes.

Despite wanting to do nothing but dance, it was scary to dive in and actually do it. I had a few fears wrapped around the idea of taking classes, so it took a lot to ignore them and continue on.

I was scared of looking silly, people laughing at me, being the oldest in the room, and not being able to keep up. In reality, it never turned out anywhere near as bad as what I had believed in my mind. Yes, I have felt silly at times. Yes, I have struggled to keep up sometimes, and yes I was even the oldest in a class once. But the enjoyment I get from dancing far outweighs any of that.

As the year progresses, there will be more changes I’ll want to make. The most important thing to remember is that any hesitation I have will be based on fearful predictions I’ve made about the outcome of those changes. The last thing I want is to take action—or not—based on something that isn’t yet real.

Have regular check-ins to ensure I’m not going backward.

In my mind, going backward would be falling into the trap of doing what everyone else says I should be doing—something I’ve done too many times before. It would be holding back from doing what I feel pulled to do.

It would be letting life get in the way, with me making excuses that I don’t have the time or I don’t know how or I just can’t, for whatever reason. Most importantly, going backward would be doing the things that don’t fit who I am.

So whether it’s monthly, bi-monthly or quarterly, I’ll be asking myself one question: Am I living my life in a way that is true to who I am?

Answering that question successfully will require me to go straight back to reviewing what I want and don’t want first. Only then will I be able to confidently answer “yes” or”‘no” and continue to move in a direction that lights me up. 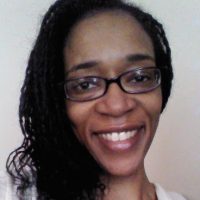