Why Feminism & Chivalry are the Perfect Romantic Combination. 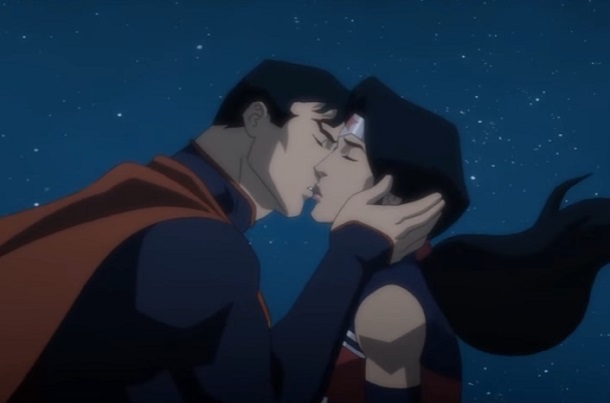 I was 36 years old when I began to identify as a “feminist.”

It took me a long time to adopt the label, because where I’m from, it comes with a negative connotation.

Feminism is largely misunderstood in our culture. There is a vast misconception that all feminists are angry, lesbian, man-hating crazies. This couldn’t be further from the truth.

In fact, you don’t even have to be a woman to be a feminist. Anyone who believes in the social, political, and economic equality of the sexes is a feminist—men included.

Feminism has been a hot topic in the news since before the election in November. Most recently, women marched on Washington to raise awareness not just for women’s rights, but for human rights.

Watching people from my different circles on social media react to feminist ideals in the news has been quite telling.

One trend I’m noticing is this idea that feminism and chivalry cannot co-exist. I’ve seen memes that are meant to be humorous, poking fun with phrases like, “I’m an independent woman! Pay for my dinner!” or “Equal rights! You can’t hit me, I’m a girl!” These seem to suggest that we ladies are contradicting ourselves, or using our own set of double standards in the way we define gender roles.

Here’s the deal: I am a strong, independent, outspoken woman. I expect that when I go out into the world people will treat me fairly, with kindness and respect. I want to know that I am paid the same sum of money as my male counterparts in corporate America. I expect that my daughter will have all the same opportunities available to her in life as my son.

I make my own money. I make my own decisions. I can buy my own dinner, open my own door, and buy my own flowers. My happiness, orgasms and light home repairs are all in my hands. There is very little in life that I need a man for.

When I invite a man into my life, I don’t do it for free dinners or door-opening services. I’m not interested in finding out what he can do for me, I’m interested in who he is as a person. I’m interested in learning how we might elevate each other, how our connection might enhance both of our lives.

I’m interested in the chemistry, the alchemy of us together.

This is not to say that I don’t appreciate chivalrous acts. A wise man knows that I can open a damn door. He holds it for me anyway, because he is a gentleman.

Chivalry is an old-fashioned, courteous show of respect from a man to a woman. When delivered in a genuine way, these little acts of kindness are a romantic gesture to show a lady that she matters. Even a strong, independent, capable lady like myself appreciates being cared for in this way.

A wise woman understands that encoded right into the male DNA is a deep desire to hunt, gather, and provide for her needs. When a gentleman offers to buy a lady dinner, that is his way of hunting and gathering for her. If she rejects this gift when it is offered, she is rejecting him, and taking away the opportunity for him to fulfill the role he was born for. Also part of the male DNA is the primal instinct to protect his lady friend, not to disrespect her or make her feel weak.

Here’s the thing about men who know how to treat a lady—they actively search for ways to meet her needs that don’t make her feel disrespected. They don’t do these things begrudgingly. They do them passionately. Even the most fervent feminists swoon when their partner takes care of them. And when we find that sweet, chivalrous man, we long to meet his needs with the same enthusiasm that he meets ours. We go out of our way to make sure he knows how special he is, how much we appreciate him, and how valuable his contribution to our life is.

I think the problem in our culture today, is that people don’t understand the difference between chivalry and chauvinism. Chauvinists believe that men are superior to women. They assume that females are unintelligent, superficial, needy, selfish, and incapable. Chauvinism is a form of misogyny that has absolutely nothing to do with chivalry.

A chauvinist may hold the door for a lady, but while she walks through it, he will likely eye her down like she is an injured gazelle and he is a hungry lion. A chauvinist may purchase dinner for a lady, but will do so expecting something in return, or will do so while lamenting that all women want is to be wined and dined. The chauvinist does not take joy in meeting the needs of his lady. He does not wish to elevate her and make her feel special. In his own insecurity, he desires to pull her down, to “put her in her place”, to make her feel inferior, less than, worthless.

The chauvinist can not fool us for long with his weak attempts at chivalry, because no matter how many dinners he buys or doors he opens, we don’t feel respected in his presence. Respect cannot be purchased. It cannot be feigned. The chauvinist cannot conceal his underlying attitude with outward acts—even women who wouldn’t call themselves feminists don’t like the way they feel when they’re with a chauvinist.

In relationships, the chivalrous male and the strong female come together in perfect balance. Each partner brings their own identity, their own gifts, and their own desires to the relationship—and as their lives intertwine, they remain individuals. They take care of each other, they support each other, and neither takes more than they give.

Each is given space to be who they are and care for the other in a way that feels authentic. The chivalrous male is praised and adored for the ways he takes care of his lady, and the strong female is cherished for the way she brings joy and fulfillment to his days. He wouldn’t dream of diminishing her worth, and she would not dare to emasculate him. Respect flows generously between them, as they appreciate the way their strengths and weaknesses work together.

A strong woman does not choose to love a man because she needs him. She chooses to love a man she sees as her equal. She adores the way he allows her to be herself. And he is honored to know that she has chosen him of her own accord, without needing a damn thing from him. She does not choose him for the free dinners and opened doors. She chooses to love him for the man he is, and the way she feels when she is with him.

This yin and yang, this beautiful balance of masculine and feminine coming together in harmony is a beautiful, rare, special connection that brings both partners immeasurable joy. Both feel secure and supported because they are allowed to be who they are. Both feel appreciated for the ways they express affection, and offer love to each other.

The powerful, chivalrous male and the strong feminist are the ultimate power couple. Together, they are unstoppable.