Demystifying a Miscarriage: This is what Helps me Heal. 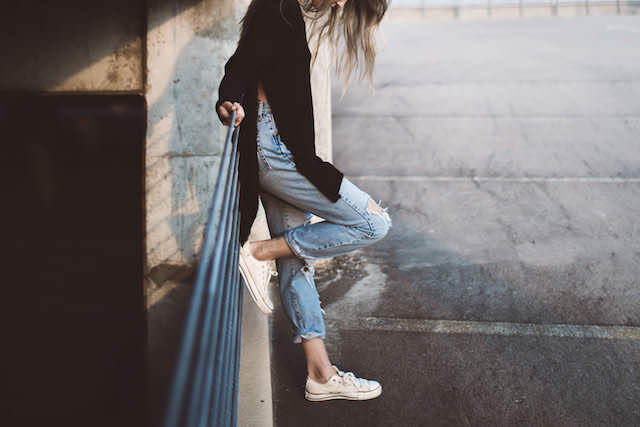 It’s only been a few days since my second-trimester miscarriage.

Physically, I am fine, but the pool of emotional torture I am treading through leaves me breathless.

As women, we often walk a fine emotional line between not wearing our hearts on our sleeves and not bottling our feelings up until we spontaneously combust.

But there are times when wisdom and expansion override the norm and expressing our true state of being, even when it is uncomfortable, becomes imperative for change.

From the moment I realized my baby was gone, I have been in uncharted territory.

No where in the countless pregnancy books or endless play dates have we mothers been given the resources telling us how we should behave in this situation.

Should we burst out crying?

Hang our heads in shame?

Shrug our shoulders with a breezy, “Eh that’s life?”

In the end, I panicked and ended up apologizing to my midwife and asking how much I owed her for the sonogram. I’d scheduled a simple gender reveal ultrasound as a way to surprise and satiate my curious (read: relentless) five and six year olds, but the appointment ran long due to her multiple, meticulous searches for the baby’s heartbeat and my impromptu jumping jacks to reposition the baby “just in case.” I wanted to make sure my midwife was fairly compensated for the extra effort.

My world was shattered—and what came naturally was to worry about the possibility of being perceived as inconsiderate.

My husband took my kids out for a fun afternoon and I spent the next eight hours in a fog. I cried, then sobbed, then begged. I googled. I meditated. I went for a drive. I got lost in my own neighborhood.

Eventually, I ended up at a natural foods store and went in to pick up some herbs to help induce a natural miscarriage.

The man working in the supplement aisle approached me and asked what I needed help finding. Wanting to save us both the embarrassment, I waved him off with a simple smile and “no thanks.” Yet, when he persisted, my candid nature mixed with hormones, stated, “I just found out the baby I am carrying is dead and I read online about herbs that will encourage my body to begin uterine contractions.”

I assumed he would backpedal, but instead he walked right over to the shelf and handed me a bottle of the herbs I’d been looking for. Then he said, “This is the best brand out of the ones we have; it will help with exactly what you’re going through. I am so sorry for your loss. Are you holding up okay?” I smiled through my tears and said that no, I was not holding up okay, but that I hoped I would be soon.

He nodded in sympathy, and as I left the store, I felt lighter than I had going in.

I didn’t realize how badly I needed to tell someone that I wasn’t okay—and more importantly, for them to accept me for it.

The anguish felt after a miscarriage can reach such a tipping point that it becomes a disservice to ourselves to hide it from people. We have lost babies, and should be allowed to honor those lives, and our own, by being open and honest.

I own a small business and earlier in the week I had sent out messages saying orders would be ready for pick up on Friday. When my regular customers began contacting me for pick up times, I simply told them the truth: I lost a baby and I had totally forgotten about the orders, but would contact them once I was able to focus on the business again.

No one had a single complaint.

Everyone had something encouraging to say.

Most offered to help my family in anyway possible—childcare, meals, prayers, love and healing energy.

Many even shared their own experiences with miscarriages.

And so it continued.

I went to a local antique store today to purchase a lace napkin and wooden box to cremate my baby in when she finally arrives. The owner commented on how pretty the two looked together and asked what my plans were—I allowed myself to well up in tears as I spoke from my heart. Which, in turn, allowed her to well up in tears and tell me about how she lost her first child at six months, and it was one of the most difficult experiences of her 70-plus years of life.

A male employee standing in earshot came by and handed me a shiny new penny, saying he’d found it earlier in the day and wanted to give it, and the good luck it stood for, to me and the baby. The owner then refused to accept payment from me and ended by saying that babies choose their mothers, and that she thinks the same spirit will choose me again should I want another baby.

All of these interactions have helped to demystify the miscarriage. It is a loss, not a failure. It is a time for grief, not secrecy or shame. It is not the same as losing a child who has breathed oxygen—but different is not necessarily better.

These are babies only we have known.

We alone have suffered through the morning sickness.

We alone have been kept up at night as they wriggle around our womb while we fantasize about names and eye colors.

We alone have altered our lifestyles to ensure their health, their development, their life.

We alone will go through a painful labor and delivery, with our only reward being the mere hope that the ache in our soul will lessen now that we have some closure.

So here I sit. My belly still distended with a baby that is no longer living, sipping a tea to bring about a labor that is four months too soon. I’ve cleaned my bathroom, including every hard to reach nick in my clawfoot tub, hoping that tonight I can peacefully let go of a future that was never meant to be.

Yet, despite the lingering hollowness, this tragedy has allowed a deep connection with both friends and community alike to blossom. Hopefully, by shining light in this dark place, other mothers will have the confidence to seek the limitless refuge and healing that is available to us all when we remain true to how we feel inside. 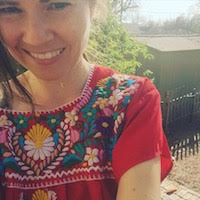