The Most Sinister Intolerance in the Era of Trump. 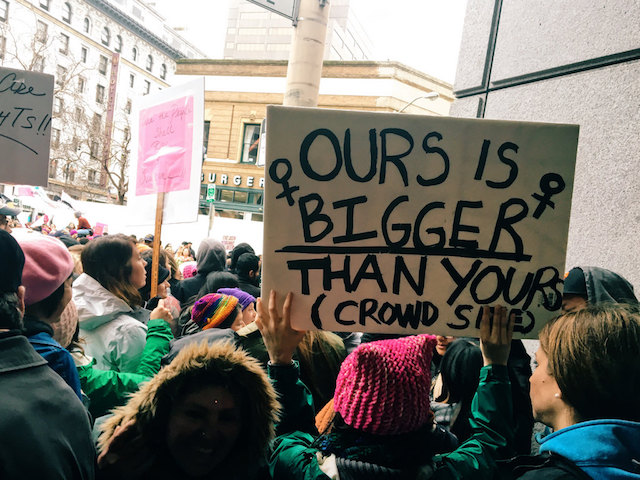 It seems to me that an unnamed intolerance that has been brewing an incredible divide has just now bubbled over.

It is an intolerance more pervasive, cynical, closed-minded, and self-absorbed than many care to admit. An intolerance no less evil, destructive, and ignorant of the pain it inflicts on its subjects than the racism, sexism, and xenophobia in the news. An intolerance that looks down on others with pity and disgust, and cannot comprehend why anyone with any education or sense of decency would vote for Donald Trump.

It is an intolerance called elitism.

It took me a while to come to terms with my own elitism. I battled through a range of thoughts and feelings on election day:

1) WTF Seriously?! There can’t be that many idiots…
2) F*ck, I should have known, I mean, friggn’ Brexit!
3) Restoring the economy my ass. Look at the Wall Street futures! I should have pulled out my dollars.
4) I feel sick. Do you know how much it’s gonna suck being an American living abroad? I hated having to explain Bush and how I didn’t vote for him, or the war, everywhere I went, and now it’s gonna be even worse…
5) Good thing I have a Taiwanese passport.
6) Hmm, maybe I missed something. If half the country is voting for him… {Google searches Trump news, YouTube, “Trump’s Best Insults and Comebacks“}
7) And then I came across this article on “Silent Trump Voters.”

And then it struck me: Across the board, there’s now such strong judgment and shaming that people actually have to hide their opinions—political, personal, and otherwise—and the only safe place for them to reveal their truths and have them be heard and valued is in the safety and privacy of an anonymous ballot box.

It’s an ironic situation. How truly tolerant are we after all, if we can’t tolerate others’ intolerance?

From one Trump supporter in the article:

“It’s not that I like Trump. It’s that I hate those who can’t stand him. I want them to suffer the shock of knowing all their torrents of blog posts and Tumblr bitch-fests and ‘I just can’t…’ [The] accusations of mansplaining didn’t actually matter. That they’re still losing. And that things are not getting better for them. They’re getting worse.”

The guy is right. We lost—us and our elitist meta-intolerance.

As long as we ourselves hate, we will never squash out evil.

It is underneath the social pressures, societal shaming, media and public influence of our meta-intolerance that the anger, distrust, and rebellion inside millions of Americans finally gets heard, and pops out the other end in the form of a loud, giant inflated man. Trump is the truth in society that society and the Elite Establishment tried so hard to suppress. The truth inside people that political correctness, progressiveness and liberal-mindedness has been deemed unacceptable.

The truth that, actually, we all have this shadow. We’re all intolerant. We’ve all got a Trump inside us. Who wants to say whatever the f*ck we want. And do whatever the f*ck we want. And cut off mid-sentence whoever tries to manipulate or guilt-trip us for not being aligned with what they’re preaching is “right,” when actually they’re all just machines in the system.

When we’re all just friggn’ machines in the system, in the same system, but calling the other the system.

And, as with all shadows, whether manifesting in society as a loud, brash politician, or manifesting in our minds as the painfully judgmental inner critic, fighting it, being angry at it, shaming it for how “bad” or “stupid” or “evil” it is only serves to feed it more fire, more reason to assert itself and fight back.

So instead, own it. Own your own shadow. Don’t deny it. And rather than be disgusted by it, empathize with it. Listen to it. Listen to what it really cares about and is trying to protect. After removing all the layers of ego and sh*t, you’ll find that deep inside, even the shadow is just trying to get the same universal things: respect, love, sovereignty.

That’s the only way to be truly tolerant and progressive, to truly expand our consciousness, to truly align with reality rather than be dragged down by it, wondering “how it all went wrong,” and “what’s wrong with them,” when actually, it was only wrong in our heads.

And then, ultimately, integrate this awareness. Your dark side has power. I mean, Trump is going to run the most powerful country on earth.

That’s a f*ck-ton of power.

Don’t suppress the shadow. Don’t give into it either. Use it to live your truth. Your whole truth.

In closing, perhaps this is democracy after all, working exactly as it should, encouraging the continuous flipping of powers. Elitism, in any form (race, gender, education, class, progressiveness, consciousness and so on), eventually falls to the populists. As do the populists eventually fall to elitism. Democracy softens the blow, allowing a relatively peaceful (though Twitter-ful) transition, rather than the violent ones of yore.

TL/DR:
1) Recognize your own shadow of intolerance.
2) Empathize with your own shadow, and empathize with others’ shadows. They may look different, but underneath all your sh*t and ego, we’re actually the same.
3) Don’t hate it, suppress it, or fight your shadow. That only fuels it. Rather, listen to what it cares about. Then expand yourself to integrate it. Stand united. Unless you want to polarize the world more. You intolerant, elitist bastard. 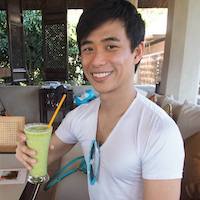