What Goddess Lilith would say About Men if she were Here Now. 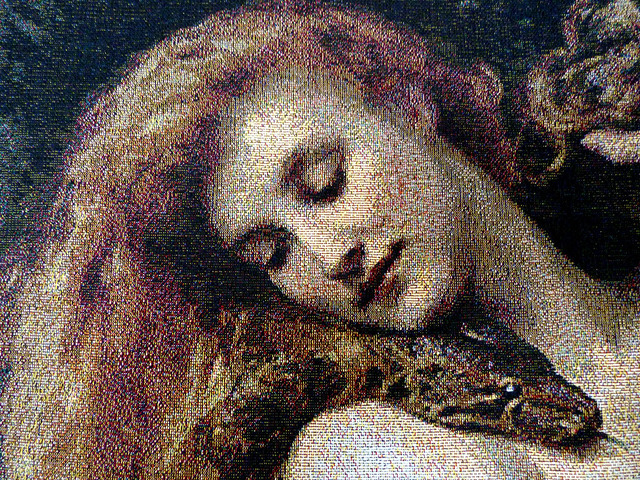 She is revered by many, as she is a symbol of divine matriarchal energy who refuses to be dominated or controlled.

Lilith and Adam were made equally from the same piece of dust from planet Earth, however, Adam believed that masculine energy was superior to feminine energy—therefore, he commanded Lilith to tend to and serve his needs and desires.

When Adam attempted to sexually suppress Lilith, she spurned his advances. She refused to be submissive or offer her body as a sexual gift solely for his pleasure.

Adam’s determination to dominate Lilith caused her to fly from the Garden of Eden, as she wanted freedom to express herself as she wished. She wanted to be the one to decide who would be allowed access to her sacred femininity. She was adamant that she would only share these aspects of herself if she was treated as an equal.

When Lilith left the Garden of Eden, Adam was gifted Eve—who, unlike Lilith, was willing to obey him and be subservient to patriarchy. She was willing to play the role of the dutiful wife.

Upon leaving the garden, Lilith’s reputation was in ruins, as she had fearlessly stood up to patriarchy, so she was depicted as a demon with dark traits. However, this was not a true representation. The Hebrew legends explain how she was demonized when she fled paradise, simply because she had the courage to stand in her core power and not allow Adam to treat her as though she was less worthy.

Lilith was a champion for fair treatment, and she wanted women to understand how powerful they are when they harness their divine feminine energy. She became concerned about Adam’s intentions for Eve, so she transformed herself into a seductive serpent and returned to the Garden of Eden, where she tempted Eve to eat the forbidden apple, which was the awakening fruit of all knowledge.

Lilith’s intention was one of sisterhood—not vengeance, as many accounts suggest. Lilith hoped that when Eve ate the fruit, she would gain the insight and clarity to see Adam’s character clearly and stand up for herself. She wanted Eve to become wiser and more aware. Lilith thought Eve would feel empowered when she recognised her own divine femininity, and that she she would refuse to reduce, limit or compromise herself by bowing her mind, body and soul to Adam.

For generations, feminine energy has been perceived by many as less powerful than masculine energy. As a female, there have been many times in the past when I have felt the wrath of masculine energy—physically, mentally or emotionally. Now, whenever I am confronted with strong, aggressive or oppressive masculine energy—and I feel as though I am losing the strength to float above water—I attune to the energy of Goddess Lilith, and with love, I feel her gracefully encouraging, energising and strengthening me. 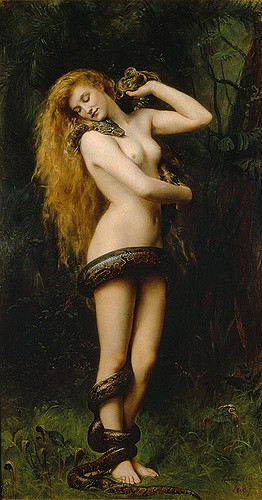 If Lilith was here next to me, this is what I imagine she would say:

“Do not be disheartened or downtrodden, precious child of the universe.

I see—and I know—your struggle, as you battle against forces implemented by an ancient patriarchal system. Sadly, some people feel superior through domination and control.

Stand tall, precious flower—you are not in the Garden of Eden now.

You cannot be cast out, judged, criticized or condemned; you are growing on your own sacred ground.

So turn away, and do not pay attention to those who attempt to cut you down.

I know that sometimes it’s difficult, as you’ve never had a firm foundation to nourish your roots and call your home—but I’m here watching over you, and I’ll keep you from harm and guide you whenever you call.

The ones who cruelly reject you just don’t know any different.

Forgive them. You are an alchemist, and you can transmute the negativity they send out.

They don’t see the magnificent radiance I see when I gaze at you deeply and see what’s beyond your tear-flooded eyes.

I know it hurts when you’re misunderstood, abused and abandoned, despite the warrior-tough casing you display.

When they heartlessly abandon you, it is only due to their own inability to shine. They think that if they dim your light, the world won’t notice how you glow.

Never feel shame, regret or guilt for being true to yourself. Live authentically and fearlessly, and do what it takes to create the life calling from within.

Let go of concern about what others think of you—you will break if you try to bend too far to try to reach their unrealistic expectations and demands.

Exist unbridled—with fierce, bone-deep conviction—and do not hold tight to anyone who sees you as subordinate and intentionally causes harm.

Embrace your divine feminine essence, and celebrate your sensuality and sexuality, without feeling pressure to share it.

You have given far too much of your personal power to people who don’t appreciate it—but no more.

It is time to take back your power and rise with your feminine strength.

They doubt your intuition and your healing powers, and they try to take away the inherent gifts hidden within your feminine essence. They belittle, discourage and use words to disempower and desensitize you, but don’t lose focus—keep marching forward and leave the disbelievers behind.

I’m here to ask you to taste the sweetness of the liberating apple they forbid you to bite, so you can receive all the knowledge, insight, wisdom and ancient teachings that rightly belong to you.

Love with an open heart, but remember to say ‘no’ when it goes against your soul or means you can’t remain independent and free.

Never feel inferior. You do not come second to any man.

Own your femininity and be proud of it—it is far more potent and powerful than the world you currently live in has led you to believe.”