Behind every Feminist, there is a Chauvinist. 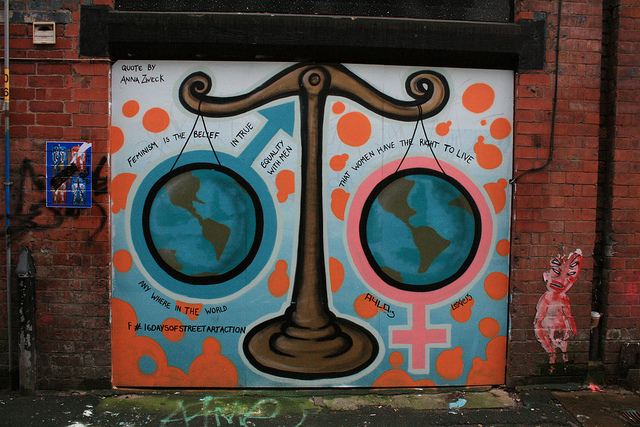 “Behind every successful man there is a woman.”

We all have heard this popular saying.

But why are women the only ones stereotyped as standing behind men to support them, nurture them, and look after them? Why do we not have a quote that talks about successful women and the men who support them?

In the modern era of feminism and equality, the phrase ”behind every successful man there is a woman” could be revised to read “behind every feminist there is a chauvinist.”

Why are we women typecast as an entity whose purpose is to serve men, and why could it not be framed the other way around? Everything in the modern world has changed: the traditions, the costumes, the norms—even the dating culture.

But in the modern world, there still exists the old-school sexist, also known as the patriarch or the chauvinist.

How do we women figure out if the man we are thinking of dating is a modern-day guy or an old-school chauvinist?

Chauvinists fairly easy to spot: They are full of themselves, and they believe that their beliefs are all that women want.

A hypothetical proposal by a chauvinist could sound like the one below:

Man: “I am a handsome man. Are you waiting for someone?”

Woman: “What do you have to offer me?”

Man: “What more would a woman want?”

Woman: “To safeguard her own name!”

Man: “Consider me and breed beautiful children in the future!”

Man: “I will earn millions for you both.”

Woman: “Thanks but no thanks, I am educated enough!”

Man: “Alas, you killed your chance to find a nice match.”

Man: “Smart women have a harder time finding a mate.”

Man: “You will regret later what you’re missing now!”

Woman: “Sorry, but a chauvinist is not my taste.”

Woman: “The one who just made me a feminist!”

The framed conversation shows us how catastrophic it could be to give up our own identity and how mightily a chauvinist could turn an average woman to a fierce feminist.

A chauvinist is pretty clear about what he is looking for in his women:

>> A pleasant-looking woman with a polite tone.

>> A submissive woman who makes him feel like a man.

>> A woman who is easy to control, as he is a control freak.

>> A domestic woman who cooks and keeps the house tidy.

>> A woman who is readily available for him all the time.

There is nothing inherently bad about being old school, but when a feminist meets a chauvinist, it’s destined to be doomed.

So why do we waste our time and energies on the wrong ones, when the right ones are often sitting just a table away?

The above proposal would not have ended as a failure if the man had known what modern women are looking for in their men—if they even wish to date men at all!

What do modern women look for in men?

>> A friend more than a bodyguard. While six-pack abs and muscular biceps are attractive, we would still prefer a man who is more like our girlfriends. We would love to have a man who listens to our rants and gossip, adjusts with our mood swings, and understands our hormonal cycle.

>> A successful man—one who is a provider and who brings us safety so that we can thrive—but not at the cost of sabotaging our identity and desires. We were smoothly marching in the world with our heads up before we were introduced to you. We want you to be our asset, not our liability.

We understand your need for freedom, as we have the same one ourselves. The idea that friends come first and mates are meant to be waiting back home, however, is an old philosophy that has died out. The moment men start to label friends as “mates” and their significant others as “others” is the moment the real problem walks in.

The balance is lost right there. If a relationship functions like a seesaw where one partner is hanging up in air and the other is settling to the ground, then the team would never really enjoy the fruits of equilibrium. The only key to success for any union is equality—especially in the matters of the heart.

If only men would stop objectifying women as a sacrificing figure and instead try to understand that while we may have a different gender, we all share the same need and desire for recognition, freedom, and self-worth.

Being a woman is bliss, and we should learn to celebrate our individuality. As women, we are complete entities in and of ourselves. A last name does not complete us. We already have a beautiful identity that doesn’t need to be recreated.

We need a friend to walk by our side, not a dictator to devastate our pride. 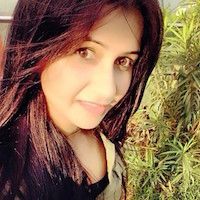