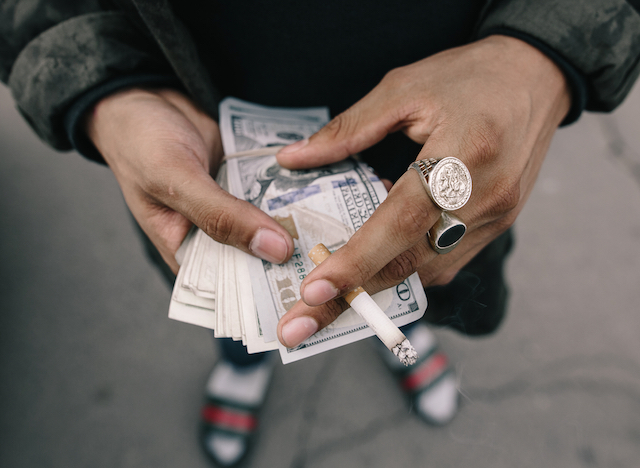 After my first six years in business, I considered myself a “success.”

I was turning over close to half a million. I began to relax. I took my eye off the ball.

At the time, I was running an international music agency and a music academy in London. Just 25 years old, I really thought I had life all figured out.

Fast forward three and a half years, and I look back on that moment, of suddenly falling in to $67,000 of debt, with a learned wisdom. I wasn’t the cool, calm, collected, and “in control” business woman I am today.

To cut a long story short, I was complacent and I left large gaping holes in my business armour. I was vulnerable, naive, and cocky.

Three members of my “team” swiped my customer client base, posed as me in order to pull the business away, and then proceeded to set up a competing company less than a mile away with my clients, my vision, my hard work, and they even had the audacity to copy text, photos, and videos directly from my website.

Did I mention one of these people was also my ex-boyfriend—someone I thought I could trust? I went through the whole range of emotions from anger, disgust, shock, and disbelief, to self-pity, self-blame, and despair. I was an emotional wreck.

Needless to say, a court case ensued and karma dealt with the rest. (Isn’t she wonderful?)

Unfortunately, karma couldn’t pay my overheads. That’s how I suddenly found myself taking out personal loans left, right, and centre to cover the cash flow wound. Here’s what I learned:

Initially, I tried to fight it. It felt like a bad dream.

I so badly just wanted to wake up. I fought hard through solicitors and unashamedly went on the attack. Well, wouldn’t you? I felt like a mother who’d just had her first-born ripped from her arms.

Eventually, I settled in to the fact that I was basically starting from scratch again. They had set me back at least 12 months, but at least this time I had the formula. I’d generated that turnover and those clients before, so I could do it again. I set my plans in motion and ignored all those nagging doubts in my head.

The struggle forced me to grow as a person. So many people around me voiced their concerns that I couldn’t fight the same battle twice and expect the same results. I was advised to give in, to just go bankrupt, to accept it as a lesson, and move on to something new.

When our dreams and beliefs are questioned by others, it can do one of two things to us. We can either cave to the pressure and “the voice of reason,” or we can develop what Steve Jobs fondly referred to as “tunnel vision:” an irrefutable belief that you can do this and noone can stop you, or persuade you otherwise.

I fought hard against my own mind-chatter, which constantly tried to convince me that I was too young, too inexperienced, too naive…and deserving of the betrayal. To overcome it, I developed a habit of talking to myself in the mirror, and setting reminders on my phone (which still beep to this day), saying, “You are enough. You can do this.”

I had a lot of forgiving to do. Funnily enough, forgiving them was easy. I had a much harder time forgiving myself for leaving my front door unlocked and completely wide open.

I didn’t have any contracts in place, so they pretty much got away with it. (But hey, karma.) I don’t need to be smug about it: I completely forgive and accept them.

Lesson to learn: When in business, practice legal boundaries. Suppliers, clients, and employees all require legal contractions. Do not leave yourself open to opportunists.

A few months later, my plan wasn’t exactly working. Replicating two years of hard work in a matter of months was impossible. The voice of reason had me on that one, and I couldn’t cash flow another two years of “growth” on personal loans. So, I changed course.

Fellow Taureans will agree with me on this one. We don’t do change very well. But change is what was needed and change is what I did! I developed an entirely new business model, and threw out the old one with love and reverence.

And you know what?! It worked!

Fast forward 12 months and I’d paid back every single penny, and I was back in profit making mode.

Step into the present day and my spiritual practice is at its strongest.

I’d always believed in the universe and my ability to manifest money, opportunity, and results, but I’ve come a long way since then. Those 18 months were some of the hardest of my life, but have to be the most rewarding. There’s nothing quite like overcoming adversity to help you find your self-worth.

I give thanks daily. Sometimes hourly. And why not? Because when it all seemed to be going downhill, I was actually just in flow and headed for a much better alternative.

I believe that everything happens for a reason. This is a daily mantra I subscribe to and turn to in times of need and in times of celebration.

In the material world, I understand the importance of legalities, formalities, and firm boundaries within which to grow and nurture my entrepreneurial pursuits.

In the spiritual world, I understand there are no limits; only belief, truth, love, and opportunity. Opportunity to be the best people we can be.

Who knew it would take £54,000 worth of debt and a heartbreaking betrayal to uncover that little gem?

So I give thanks. To the universe, to myself, and to each one of you who I reach with this story.

May it remind you that nothing is impossible, and you can create your own reality. 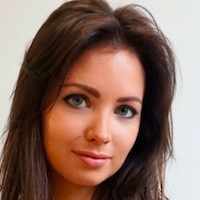