What I saw at the Jewish deli Blew me Away. 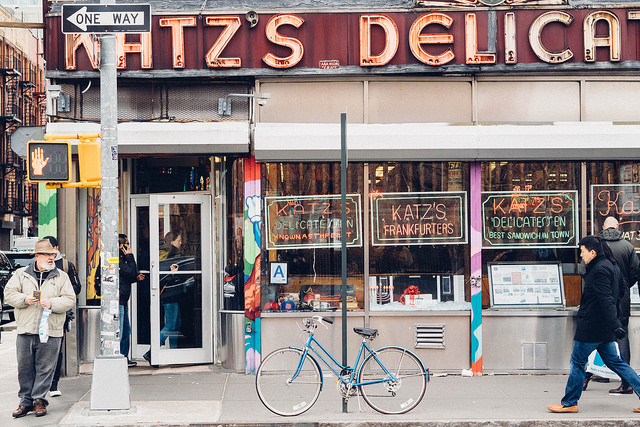 The world around us is in a strange state of affairs.

The news and social media tell us that racism is on the rise and hatred has a new soapbox—its nasty tentacles spreading to the far reaches of the country.

As a personal rule, I refuse to wax political. I will not discuss how orange seems to be the new red or how reality has seemingly started to mimic an episode of “Black Mirror.” That is not the point of this post.

The objective here is to report the current societal condition as recently experienced, from my perspective.

It was a cold Saturday morning in South Eastern Pennsylvania, and it was just about time for lunch.

My girlfriend and I were out and about doing some shopping and decided to stop into a local Jewish deli that we both adore. It is a popular eatery and that day was no exception.

The parking lot was beyond maximum capacity and there was standing room only in the waiting area. The clientele ranged over many different nationalities and walks of life. A pair of teenage girls stood waiting in their fleece pajama pants and slippers having just given up their seats to an older Hispanic couple.

The couple immediately initiated a conversation with the elderly European pair sitting next to them. It seemed as if they were old friends and had been waiting a while to see each other again and reconnect. They talked and they laughed, some words in perfect English and some broken. The elderly European gentleman kept one hand on his walker while the other hand gently touched the arm of the Hispanic man he was engaging, as if to punctuate and solidify his points.

About 10 minutes into their jovial conversation, the hostess interrupted to tell them that their table was ready. To my surprise, only the European elderly couple rose to follow the hostess. The two couples had never met before, but had been enjoying each other’s company as though they were old acquaintances or colleagues. Using whatever words came naturally to them and with whatever accents their tongues produced, they wished each other a nice day and expressed that it had been a pleasure talking.

A few feet away, a twenty-something white man and his little boy played “rock, paper, scissors” to pass the time. The stakes were high and the winner of two rounds out of three would win a crisp one dollar bill.

Just after the first round (which the boy had won with a fierce throw of paper) a young black couple walked in with a little boy around the same age.

After thanking a youthful Chinese woman for holding the door as he walked in, the second little boy’s eyes grew wide. He was quite the rock, paper, scissors contender and was delighted to see the game in progress. The little white boy noticed the excitement of this would be adversary and asked his dad if he could play, too. “Of course!” his dad declared and explained the stakes to the newcomer.

They played a mighty round of rock, paper, scissors, the likes of which I have never seen. I suspect that tales of this battle will reach far and wide. When they finished, the leader of the game brandished two crisp one-dollar bills and presented one to each little boy. The boys shook hands and parted ways as the parents thanked the man for his kindness and went on to enjoy their lunches at opposite ends of the restaurant.

If I had to guess, I’d say some, if not all of those people had seen a news program or read a current events article that morning before deciding to go out for lunch. I’d imagine that they were all too well aware of the current state of things, but none of that seemed to matter.

These people interacted with each other, as one would hope to expect. Even with everything that is going on today, it seems that the majority of us are still very able and willing to enjoy each other and appreciate the world we share. The human condition is naturally one of acceptance and peace. As long as we all do our best to talk to the old man on the bench next to us or to try our hand at Rock, Paper, Scissors with a new foe, I think we’ll be okay.

The world holds terrible things and some people with pretty bad ideas, but that will never overshadow hope. We have grown over the course of thousands of years to create the mutual respect and love we have for each other today.

Though there will be dark times, the light will always return and there will always be people like us who only want to provide a little sunshine to someone else’s life whenever we can. 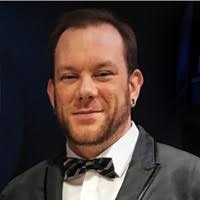