What the True Practice of Teaching Yoga can Teach us All. 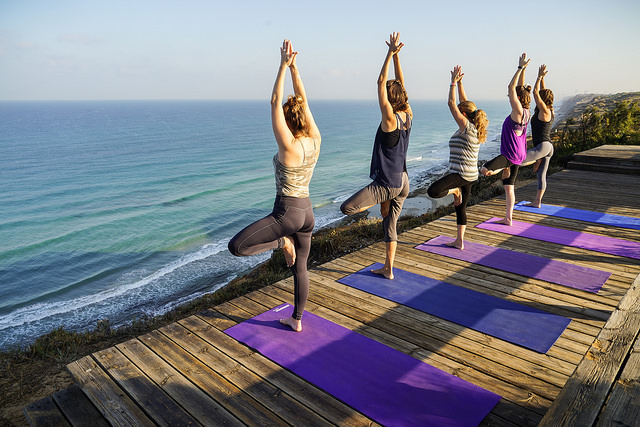 It is hard to believe that six months ago, I only practiced yoga.

I adored my practice and I took classes three to four times a week. My yoga practice helped me survive some dark times. It forced me to breathe through all the pain, which was so dark and all encompassing, I didn’t want to remember to breathe. It helped me survive when my mind wanted to let go.

Many things in my life helped me through this time—my family and friends most of all. But yoga created a shift that opened me up to infinite possibility.

In March, when the darkness started to release, I found myself at a crossroads.

I needed to stop letting life happen to me and re-engage, and my yoga practice was there to hold up the mirror so I could really see myself. It helped me find my path. I made the choice to go deeper emotionally, physically, and spiritually.

In April, I signed up to take a 200-hour yoga teacher training course.

And that’s when sh*t got real.

Twenty-two beautiful humans showed up to learn how to become yoga teachers that very first Friday night in April. And four teachers showed up. Most of the students weren’t entirely sure what we had really signed up to do.

That evening, while we waited together to take our first yoga class, we were unaware that we had formed a powerful community. We stood around and nervously made eye contact with each other. Small smiles and small talk got us through the first 15 minutes before our class started.

And then we flowed and moved together.

Our yoga practice was awkward and we were far from light on our toes. When we jumped to the front of the mat, it sounded like a small herd of elephants. You could say the same about our interactions with each other: awkward and unsure. But our teachers had, unbeknownst to us, created a community and a safe space where we could truly explore the peaks, valleys, and “the edge” in our bodies, and more importantly, in ourselves and our lives. They told us that first night, “This is the quietest you will ever be together.”

They were so right.

Week two (and four days of class into the program), I called my friend who had completed the same teacher training program years ago, and asked, “What the hell have I signed myself up for? I just wanted the hot yoga body!”

Laughing into the phone, she replied, “You thought it was just yoga? Tell me what happened.”

I was encountering bits and pieces of myself I didn’t know existed. We did a chakra-opening meditation and practice and it’s not an exaggeration to say that I heard the voice of God.

That was the first of many moments where I realized there is so much more to this thing we call life. We get so bogged down with the details—who has the best car, house, vacation.

While it is amazing to be able to reward ourselves with creature comforts, I think the real shift happens when we realize that real life experiences are far more important to our growth. The fancy car gets us a fancy car, while a trip to an exotic world can teach us who we are when things get tough, how we deal with cultures that aren’t the same as our own, and how to slow down and see all the natural beauty in this world.

I found that dealing with the tough stuff, moving through the garbage, is the only way to grow. It builds grace, strength, and one hell of a backbone.

I’ve also learned that it’s not as bad as we fear it will be. There is always a way if we’re honest with ourselves and committed to doing the hard work.

People—and specific moments—in our lives are there for a reason. Rather than being angry at encountering them, ask yourself why they’re there. Try to see the purpose in the challenge. The reason might become clear immediately, or it might be years from now. Either way, know that those who are sharing parts of their lives with us are to be treasured.

I’ve learned that most of the time, it’s not all about us. We need to stop comparing ourselves to others. We have no idea what another person’s life is really like, even if they appear “Facebook perfect.” In fact, the more “Facebook perfect” they are, the more likely there is something they’re struggling through.

I’ve also learned that there is always time and reason for compassion. Compassion for yourself, for others, and for the world.

And I’ve learned that I’ll always be a student, even though I am a yoga teacher now. I have officially taught 20 classes (for money).

I have regulars who, when I tell them I’ll be out of town next Sunday, get bummed. They show up for me just as much as I show up for them. They trust me to move them through pose after pose. They’re learning crow pose, and they’re really getting it. The first week we worked on crow, only a couple tried it. I’m pretty sure they thought I was crazy.

They’re learning, like I did, that the hardest part is trusting in our ability and letting go. Giving into this life and committing to be present for whatever life throws at us.

And the most amazing part for me is that at the end of all this effort, my class lays in savasana and trusts me to hold space and time for them. Nothing compares to the experience of 20 humans placing their trust in me, willing to lie in corpse pose while I hold their hearts in mine.

I am beyond grateful that life has brought me to this point.
~ 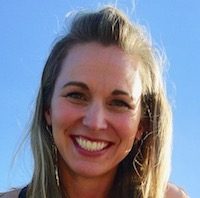