I worry about you Phil.

In our brutally hot Carolina summers, and our winter ice storms.

You were sitting in a booth, reading the paper, and drinking water.

I noticed you as I was working on my laptop, drinking my iced coffee.

As I was leaving, I wanted to walk over and ask if you wanted something to eat.

But I didn’t want to intrude.

A teenage girl was watching you. Then she whispered something to her mom.

Her mother gave her money, and she walked over and handed it to you.

“You did something right,” I said to the mother, and she put her hand to her heart.

“You try, but you never really know,” she said.

You put the money in your wallet, but not before you rearranged the contents.

I don’t know what those papers were, but I did recognize the Whole Foods gift card.

Someone else clearly wanted to help you.

Maybe more than one person.

Yet, I’ve never seen you ask anyone for anything.

I’ve seen the ladies who lunch at the cafe look at you with disdain.

And the hipsters, oblivious to you.

These same people who value hashtags and protests, but not personal involvement.

While telling everyone else how they are insulting, devaluing, discriminating against others,

They don’t even see what’s right in front of them.

One day I come over and introduce myself. I sit with you for a while.

That’s how I learn your name is Phil.

And that you’re in your late sixties.

You told me about your ex-wives.

The ball-buster, the beauty, the businesswoman.

I can’t remember if you were describing the same woman, or all three.

You showed me your missing teeth—from where someone knocked them out.

You said that you were a lawyer for many years, and I believe you.

But when you describe why you had to stop practicing, when you discuss your own legal troubles, the story gets murky.

You mention a son, who lives in the area, but that you don’t talk or see each other.

Something about abandoning him and his mother when he was very young.

I can see it in your eyes, the regret. But you shake it off.

When I see you and ask if you need anything, food, clothes—you usually say “no thanks.”

You say you have a storage unit where you keep extra clothes.

And that you just ate, or you’re not hungry.

You don’t want to go to a shelter, and I don’t push the idea.

I wish I could do more to help.

I’d like to take you home, let you take a long, hot shower.

Give you a comfortable bed to sleep in.

I wish I were the kind of person who would take a chance like that. But I’m not.

The best I can do is a meal, a drink, a little company in what must be a very long day for you.

But I think of you, often. 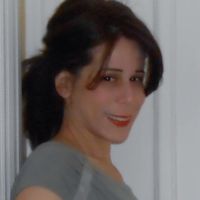