Breaking Bread with our Homeless Friends. 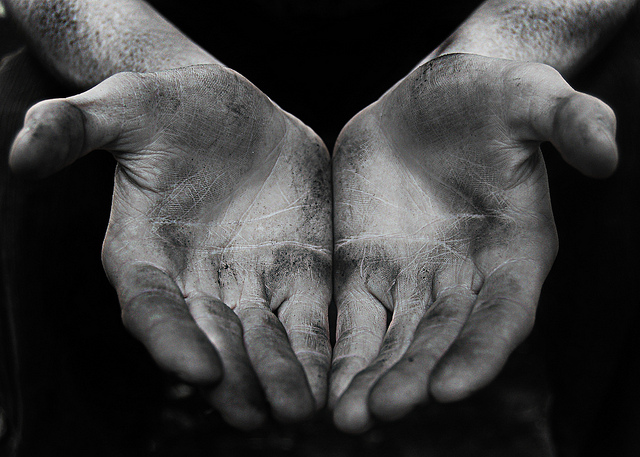 Author’s note: When I wrote these pieces, I did not do the self-education that I needed to about some very problematic social justice issues in a pervasive culture of self-care. In the pieces I’ve written, I was not aware of how problematic and dangerous that white, privileged ideologies can be; and ally-ship includes taking responsibility for my role in the perpetuation of oppression, disentangling the toxicity of oppressive notions (especially in regards to healing), and bringing awareness to other white people to call out emotionally- and spiritually-bypassing culture

I wrote these articles with highly individualistic language, and cannot remove them according to Elephant Journal policy—but I hope that whoever decides to read them that has suffered from any marginalization or systemic oppression knows that I am committed to shifting rhetoric within my communities and am now involved in social organizing groups working towards a more rehabilitative and transformative culture.

He was trying to read a book in the dark. I think that’s why I called out to this homeless man across the street. It was late and he was squinting next to a dim lamp that kept flickering.

I asked what he was reading; he responded, “Oh it’s just boring stuff. Macroeconomics.”

Before I learned his story, I already had the feeling that this man was a victim of circumstance. I offered him money and he declined, instead saying, “I would just like some food, if you’ve got any.”

He told me his name was William and that he’d be “there,” pointing to a park bench a few feet away, if I ever wanted to make a new friend.

I went upstairs with the intention of visiting him the next day, but before I knew it, I was being propelled by energy that I can’t properly explain without doing it a disservice. I got inside of my apartment and, like a whirlwind, started grabbing everything I could. I started chopping vegetables, making tuna salad, packing up peanut butter and utensils, old blankets I never use, and one of the three pillows on my bed. He sleeps on the concrete. I started wondering why I have more pillows on my bed than I actually use. How impractical.

My roommate came home and saw me in this whirlwind of action and energy. I told her about the man, and she started to help me. She started filling up old recycled water bottles with filtered water, and then started packing a bag with bananas, clementines, pretzels, and baked chips.

I ran into my room to grab a book for William, while she continued packing. We threw in some paper towels and a plate for him to eat off of. I had to stop myself before making a list on lined paper of all of the food he had in there and how to eat it. “There is peanut butter and a banana, eat them together. Eat the tuna first so that it doesn’t go bad! If you’re adventurous, dip the veggies in the peanut butter. My favorite combination is when I mix it with celery!”

My roommate and I had this fear that he wouldn’t be there by the time I was done, so I didn’t make the list. She was shoo-ing me out of the house—“Get to him Gaby! Before he leaves!” She got in on this mission without even meeting him. It was wild. Two girls scrambling together everything we didn’t need for someone neither of us really knew.

Looking back, I think about how beautiful it might be to watch this scene on  film—two people caring for a stranger as though he was our friend.

I went back to William, this time with my car (I couldn’t carry everything), and found him asleep on the bench. I called his name and he woke up in a fright, like someone was about to hurt him. It broke me in half. I wondered how many sleepless or interrupted nights he had simply fearing for his life.

I said “It’s Gaby, from earlier!” He walked over to my car and looked at me and said, “Are you okay? Did something happen?”

Here I am, driving a car with seat warmers, adjusting the temperature to my liking, planning to head home to take a hot bath and sleep on a fluffy bed, and the man sleeping on a concrete park bench using a cardboard blanket asks me if I’m okay. It was ironic to say the least. It made me wonder if people who live with less tend to worry more about others.

I gave him the pillow, blanket, food, and water, and he said, “I’m not sure if this is a good thing or a bad thing that you’re doing this, but this is my version of getting lucky on a Friday night! Thank you, thank you so much.”

What I wanted to say in response—“You’re taken care of. You matter. You belong here in this world and have something to contribute. Please know this. You are worthy. You are loved, and your ability to find humor and joy in life’s most difficult circumstances will create a ripple effect of shifting perspectives. You are already the change. Thank you for who you are. For being.”

What I actually said—“Make sure to eat the tuna first!”

It was hard to get William to look into my eyes. I knew he felt ashamed and also didn’t know how to handle the gravity of what he was feeling, so he made light of it with jokes. But right before I left, I made sure to make intent eye contact as I promised him that I’d come back this week to bring lunch and eat with him.

I saw a pure, honest soul in those eyes. They were deep. They knew pain. But past that pain, they knew hope. It was like looking in the eyes of a wise creature experiencing something new. I didn’t see a human. I saw a being, and the way he gazed into my eyes, I knew he saw the same. It wasn’t two faces scanning each other—it was two pair of eyes soul gazing. It was something I haven’t experienced in a long, long time—and it lasted no more than five seconds.

For the first time, he left out the humor and changed his tone, “That would be wonderful. I’d really love the company.”

This was the meat of the experience, right here. More so than the food, the water, the blankets, or the books, this man had told me something with that response the same way I had told him something with the tuna.

Connection. Above all else, the most valuable thing that I could give to William was my presence, and I wonder, as so many of us walk by the homeless and avoid looking in their eyes, if we’re unwittingly perpetuating the problem. Maybe if we showed that we cared—because as human beings with children, parents, siblings and friends, we all care; and oftentimes we avoid eye contact for that reason more than any other—they might feel worthy enough to work toward meeting their basic needs.

If you’re reading this, it’s likely that you rest your head on a pillow at night and have some spare time to scroll through the internet. That’s not something to feel guilty about. That’s something that we can use to be of benefit.

I’m not saying we should all start giving away our pillows and then write about it, but at the very least, maybe we can start sharing our eye contact. Maybe we can start letting those less fortunate than us know that they are worthy of not only surviving, but also thriving. Passing by and saying, “I can’t offer you money, but I have a few minutes. Would you like to share your story with me?”

Because in all likelihood, it might not sound so different from yours. After sharing a meal with William, I realized mine wasn’t.

There are so many Williams out there. These individuals that blow us away with unique humor, unshakable joy, and charming one-liners. Some of them are victims of circumstance who have lost their families, their jobs, their homes, and are living on the streets, still hoping to learn and be successful—for love—but not knowing that they’re worthy of it. Not knowing how to be.

Connection is the way that we can teach each other what we’ve never learned, making little waves that eventually build up with great force (the same way we teach our children). This is the very essence of change. I hope that we all find a way to help change someone’s experience through connection. 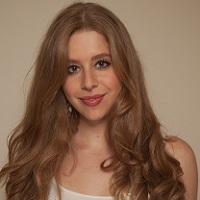 Gabrielle Domonique is a life coach and writer inspired by her continued education in Social Work and bachelor’s degree in Family Science. She currently contributes to n… Read full bio