10 Thousand Years of Civilization, and We are still Steeped in Patriarchy. 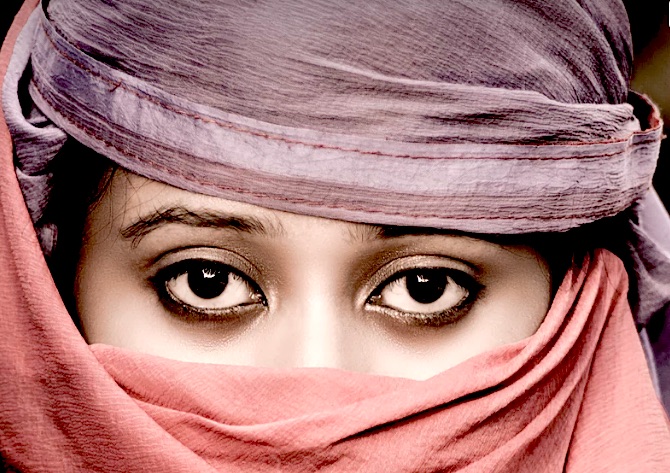 Ten thousand years of civilization, and we are still steeped in patriarchy.

One key aspect of the masculine—the energy behind the patriarchy—is the ego.

Memories pretty much begin with the formation of ego, for memories are really images in our heads. Our sense of self is made of memories and beliefs. What I think I am is constantly reinforced by what I think I’m not. This sense of a separate “I” feels natural to us—but it takes an enormous amount of energy to sustain.

The other aspect of the masculine is linear thinking and destination consciousness. Again, we downloaded this way of being from our parents. This is our dominant frame of reference in the world—until we become curious.

All our reference points are rooted in the masculine. From our landscapes of jutting buildings (phallic symbols), to box-shaped living quarters, to hierarchical institutions, linear thinking is evident on every surface of the earth. Empire is simply the manifestation of our collective ego.

Confronting ego and confronting Empire is one and the same thing. But we are seriously out of balance and, therefore, are unconscious of it.

We think we have to force unity and peace through governments, voting, and the police state. We are conditioned to accept the masculine as the norm. Our entire way of being in the world is a form of outward activity adhering to the dictates of society.

We believe taking action means an outward display of activity, most of which is ineffectual and reactive. Take the recent Women’s Marches, which were a global reaction spurred by the fear surfacing in light of the Trump presidency. Confronted with the raw, naked Empire, stripped of its pretense, we find ourselves running from our fear in a panic.

Not so long ago, women fought for the vote. We reduced ourselves to a vote, a gender, a sex—neat labels by which we can define ourselves. To counter the feeling of powerlessness rising out of confining ourselves to a label, we protest—more like we stomp our feet like two-year-olds demanding that the big daddy government recognize us as valid human beings.

If it weren’t so real, it would be funny.

Now, we have to compel the patriarchal institutions to vest us with power. But it was we who gave it away in the first place. We have settled for power through proxy by a vote, a secondhand idea we picked up from our culture—a culture that has no interest in bestowing power on individuals.

Unconsciousness is the currency upon which an Empire thrives. We believe power is rationed and dished out by the great patriarchal institutions.

This state of learned helplessness stems from our primary relationships. We have never known unconditional love because our parents never knew it. Conditioned to seek approval from others, we never learned to self-validate. So long as we derive acceptance from the external world, the authorities that bestow that validation also author the narratives by which we live. Therefore, society dictates who we are and what we become.

We are little helpless princesses, waiting for our Prince Charming (government) to rescue us from our predicament. A predicament we placed ourselves in.

We have become addicted to manipulation as a means of accomplishing things in the world. No one promotes this more than the New Age, an extension of the cult of capitalism. Our lives have now become a series of linear goals, destinations, strivings, and image-making that reduces life to a one-two-three destination consciousness.

As a result, we live in our heads, a virtual world of repetitive thoughts and orchestrated images fed to us by the media. We have become numb to feeling the imbalance—mind-dominated, cut off from our ability to sense the world.

Consider this: If we lose our footing and begin to fall, we naturally spread our arms to regain our balance. As silly as it might look, we “feel” the imbalance and correct ourselves. We don’t go into analysis or negotiations with gravity to stop from falling.

Similarly, correcting the imbalance created by this hyper-masculine culture is done through felt perception, not policy or analysis—and certainly not by the political elite whose power rests on our powerlessness.

True power lies not on just the outward activity, for most action is reactive. This reactivity rises out of an ancient imprint, an emotional tattoo, embedded deep in our psyche. We are indoctrinated to seek “feeling good” like an addict seeks a high.

We go into a-void-dance the moment an uncomfortable feeling rises. We repress it through overeating, drinking, taking drugs, Facebooking, overworking, or running to someone to make us feel better. In doing so, we constantly abandon ourselves.

The power we need to reclaim is not the usual brute-force kind. The power referred to here is subtle, like a blade of grass breaking through concrete. It is soft and supple yet powerful nonetheless.

Feminine power stems from non-reactivity. It is rooted in containment of our uncomfortable states without fixing or changing them to something else. When we bring stillness to that constant reactivity, the abandoned parts of our psyche come to rest in peace. The outer drama ceases. Clarity returns.

It is, however, not an exclusion of the masculine. It requires us to learn to be with ourselves as we experience fear, rage, and grief. This is the trinity of emotions that chase us, manifesting drama after drama.

Unless we learn to be radically present with ourselves as these emotions visit us, we remain powerless. The feminine is that capacity to surround that which makes us uncomfortable with our own presence. In doing so, we rise above the thing that makes us fearful. We ascend. This is what Joseph Campbell calls emotional maturity.

As children, we avoided fear, rage, and grief—and this made a lot of sense. We didn’t have the sophistication or the capacity to nurture ourselves this way.

But we are no longer children. It is only through containment that we learn to mature and gain power.

Humanity remains like a one-winged dove attempting to fly without the sacred feminine to balance the masculine.

We enter non-reactivity the moment we stop complaining, moaning, and groaning about the crumbling Empire.

Each moment is befriended as though it is a gift, regardless of how uncomfortable and uncertain we feel about it. Even though our minds may scream and protest this discomfort as if something is wrong, we allow ourselves to rest here, in the now, unconditionally. We breathe into the constrictions in our bodies, anchor ourselves to the present moment through our breath.

As we learn to make this a practice in our daily lives, we notice suddenly notice we have stopped biting our nails, or we start cleaning out our closets and notice it is now autumn. We might develop a sudden dislike for too much sugar as our bodies align with nature.

We smile when our fellow writers talk about “writer’s block.” We recognize creativity is rhythmic like the in and out breath, and we don’t panic when our creativity is not expressed outwardly. We realize it is time to tune in and listen.

These are some examples of what happens when our fragmented psyche is met with presence.

In this manner, over time, we connect with the larger biosphere, Mother Earth. We become aligned with the planet, with hardly any effort.

We learn to move with the same rhythms as her.

We no longer need to fight or justify our existence.

Once the feminine is restored to its rightful place, and both wings of our psyche are in balance, we are ready to soar to new heights. 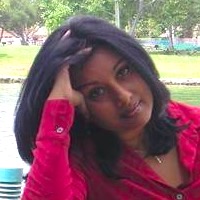