5 Pieces of Buddhist Wisdom that can Impact your Life. 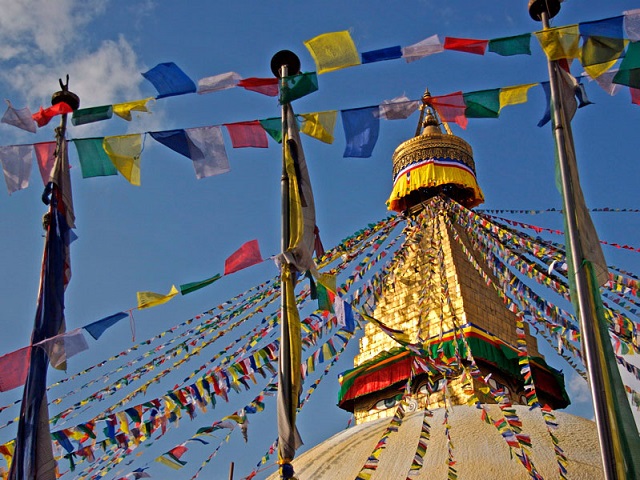 “The secret of Buddhism is to remove all ideas, all concepts, in order for the truth to have a chance to penetrate, to reveal itself.” ~ Thich Nhat Hanh

2,500 years ago, the Buddha taught people facts about the mind, existence, and the self.

He also taught them how to eradicate life’s miseries through their own direct experience.

Most importantly, he asked people to put his teachings to the test before becoming part of them. The Buddha insisted that we must practice and understand before following any suggested ideas. And if a particular idea doesn’t work for us, we must renounce it.

To this day, Buddhism follows this custom. During my Buddhist studies, they told us to freely leave the course if the Buddhist philosophy doesn’t seem to work for us.

Throughout the years, I stumbled upon Buddhist notions that have entirely changed my life. I’m convinced that the Buddhist philosophy is valuable, regardless our religion or belief system. It comprises notions to which we can easily relate if we reflect on them.

Buddhism doesn’t contradict any dogmas or religions—its only concern is the cessation of human suffering.

Below are five Buddhist concepts that are of benefit.

1. We can put an end to suffering.

The foundation of Buddhism is the Four Noble Truths:

Buddhism identifies that to live is to suffer. Our suffering is the result of attachment, greed, ignorance, aversion, anger, and other mischievous emotions. Usually, we get stuck at “life is suffering” and don’t understand how to move beyond it.

Buddhism suggests that we can put an end to our suffering—which, in fact, is freeing. Realizing the impermanence of things helps us to stop clinging to them. Also, realizing that nothing can satisfy us for long helps us to find the real source of happiness which only lies within us.

Impermanence of all phenomena appears to be an obvious notion which is silly to talk about. However, we only identify with it intellectually. If we reflect on our daily life, we would recognize that we don’t really take impermanence to heart—our absolute wish is to keep everything (things and people).

Buddhists propose that if we watch impermanence everywhere (as in the cycle of birth and death in nature and humans’ life), we’d approach things differently. We wouldn’t get attached to them, and we’d stop taking them for granted. Instead, we’d enjoy our moment for whatever it brings, instead of trying to hold on to it.

3. We’re interconnected with all things at all time.

One of the most powerful notions in Buddhism is oneness. They suggest that the illusion of separateness is one of the main causes of our suffering. We tend to divide everything into “me” or “you and everything else,” which causes major problems.

The Buddha taught us 25 centuries ago that the self (the “I”) is the creation of the ego—and thus, it doesn’t exist. We’re all interconnected and come from the same source. When we know that everything outside ourselves is also in ourselves, we don’t harm it. We need to understand that the “self” is not separate from everything else—it’s one with it.

4. Attachment is the cause of all problems.

Buddhists teach that the cause of all our problems (physical, mental, and emotional) comes from attachment. We get attached to people, notions, dogmas, pain, and things. We get attached because of habit, or because we want to complete our sense of identity through our object of attachment. At other times, our attachment comes from the fear of losing the person, the idea, or the thing.

To end the greater part of our suffering, Buddhists advise to relinquish our attachment to things and people. Detachment doesn’t mean renunciation. It only means to start relating to situations differently. In other words, whatever we love, we must love it in a way that allows us to live without it. The simplest step to do this is to recognize impermanence as we have mentioned above.

5. What goes around, comes around.

Karma doesn’t know gender or religion. It’s an intelligent energy that only knows the flow of actions. Therefore, Buddhists advise shedding awareness on our experiences, because what happens now is a translation to what will happen to us in the future. Mind your actions, so karma minds you.