Changing the Way we Think about Addiction. 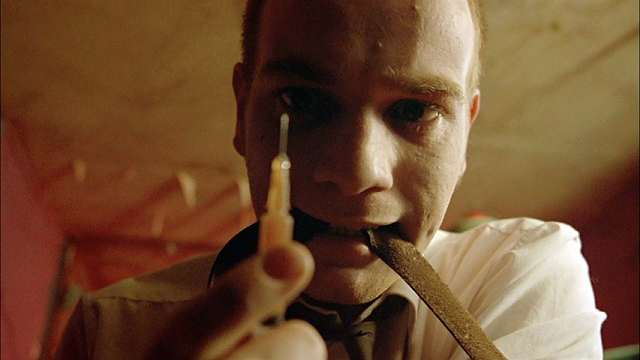 Quite recently, I have found myself becoming acutely aware of the ways in which people talk about those who get involved in drugs.

The thing about all of these statements that completely baffles me is the way that they dismiss drug addicts as being “lesser than” the average person.

“A drug addict who doesn’t get clean isn’t smart enough to do it.”

“A drug addict who takes life-threatening drugs deserves to die.”

These seem to be very common assumptions that non-addicts continue to make, but they are dangerously wrong.

First of all, let me discuss this idea of an addict being “smart enough” to get clean. A comment such as this implies that any addict who doesn’t get clean, any addict who succumbs to their addiction, is doing so simply because they are too stupid to do otherwise.

In fact, intelligence and addiction have absolutely no correlation with one another. Not every addict is some uneducated sap sitting in a pool of his own vomit and urine with a needle sticking out of his arm—some of them are highly educated people. Some of them are quite intelligent, well-spoken, and worldly.

There are many highly successful writers who have been regarded as great minds of their generation, while simultaneously struggling openly with addiction—including William Burroughs, Philip K. Dick, and Samuel Taylor Coleridge, just to name a few.

But this brings me to my second point, and to my response to the idea that “if addicts want to die, then why not let them?”

Why do addicts feel like they have to? I mean, yeah, sure, being hooked on a highly addictive substance is one explanation, but there is quite a substantial amount of research that suggests that chemical dependency is most common among people who are dealing with depression, post-traumatic stress disorder, or some other form of mental illness or personality disorder.

Some doctors, such as Gabor Maté, have even suggested that depression is the leading cause of addiction, and that as much as the chemical dependency is a factor, it is much easier to become addicted if your brain is predisposed to needing that sense of comfort that drugs offer.

Think about the way that other addictions work for an example of this: Gambling addicts or shopaholics are most certainly addicted, despite the lack of an addictive chemical substance. And in many cases, they are addicted because the action makes them feel happy—it fills a void that they felt in their lives.

But more important than any of that, the addict is a person. The addict is not some idiot who turned to drugs for no reason at all, just because they felt like destroying their lives.

The addict is that kid who snorted cocaine once, because he was curious, and found that it was the answer to all his pain, the mental torment that he has lived with all his life.

The addict is that grown woman who had a chance at a life, but lost it all because her mental illness went undiagnosed—and heroine masked the pain that she could not understand, even if it was just for a little while.

The addict is a sister, a brother, a son, a daughter, a friend, a lover, a cousin, a mother, or father. The addict matters.

And honestly, there are few groups of people that a statement like this can be directed to, and it can be considered morally right. For example, while I am not addicted to chemical substances, I am a person who has dealt, on and off, with depression and anxiety, like many addicts.

I also engage in some behaviour that some might consider harmful to myself, such as self-harm. I have struggled with suicidal thoughts in the past, but if anyone ever said to me, “If you want to die, why don’t you just go and do it?” that would not be okay.

That would not be tolerated—not by me, nor by most anyone who heard a comment like that made against me. So, why would that be okay to say to an addict?

And if it is okay to say to an addict, then why not to other types of addicts? Why is it only drug addicts who this can be said to? An alcoholic also takes in a mind-altering substance that puts their own life and the safety of others at risk—and yet, I have never heard anyone say that if an alcoholic wants to die, they should. It is only drug addicts who receive this sort of treatment, and that is because people see the drug addict as a lesser human being.

And if you think an addict’s pain ends the moment that they start taking the drug, think again.

I cannot speak for every addict’s experience, and it is especially difficult for me to do so, as I have never been an addict myself—but I can imagine how hard it must be to be hooked on a chemical that forces you to become ostracized by society.

I can imagine how hard it must be to feel hated by the very people who are supposed to protect you, like the police. I can imagine how it must feel to know that everyone always expects the worst from you—or they expect too much from you.

If enough people say this about you, then you’ll even start to believe them. You’ll start to see yourself as nothing more than that. You’ll lose your self-esteem, fall deeper into that spiral of depression, and lose any and all motivation to get yourself out of the situation you’re in.

I am not trying to ignore the fact that many addicts cause harm to themselves and others. Addiction is an ugly thing, and it can make people do very ugly things. But that doesn’t get rid of the fact that addicts are still people, and the vast majority of them are people who are hurting and people who need help.

They are entirely and completely worth our attention, because they are people—and maybe it’s difficult to individually help every addict that we come across in our lives, but we should be pushing to set up our society in a way that better helps these people, rather than ostracizes them.

And the first step in setting up a society that helps addicts is by changing the way that we think about them.