Don’t Shame Me for Wanting Kids. 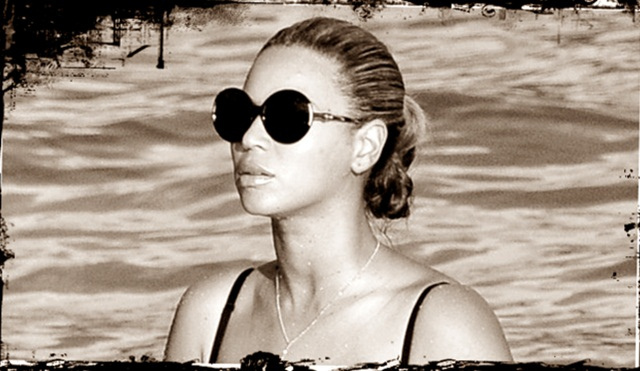 I absolutely love living in the era of empowered women.

Ladies are kicking ass in more and more domains, and while we may not have a female president in the United States (yet), we all know that Queen Bey is actually calling the shots when it comes to ruling the world.

Stereotypes and gender roles are slowly fading away. I acknowledge that I benefit greatly from these advancements, and I hold astronomical appreciation for the freedoms these transitions have afforded my sisters and me.

I do, however, feel that there is one female path that has only become more controversial: motherhood.

More and more people are saying “pass” to baby-making. That’s fine and dandy; I don’t think anyone should feel pressured into taking that enormous life step.

My complaint arises when I disclose to women who don’t want to have kids that I have a different point of view. I look forward to having children at some point in the future. In these scenarios, my words incite an overwhelmingly negative response—bafflingly so.

I would understand that response if I was preaching that all women are destined to become mothers. Personally, I don’t feel that every person, regardless of gender, is meant to be a parent. And I don’t mean that in a “you’d be an awful parent” kind of way.

There are people who would probably make great mothers or fathers if they were to choose that path, but their career or passion is their top priority, and they want to keep it that way. That’s fantastic. I applaud anyone who finds a life path that leads them to true happiness—it’s rare and incredibly difficult.

That being said, I firmly believe that everyone’s path to satisfaction is unique. Some people thrive on academic advancement, others are meant to climb the ladder of success to the tippy top, some desire to travel the world, others strive to create beautiful works of art.

The options are endless. One of the most difficult feats we all face in life is forging our own path to happiness instead of following someone else’s.

This epic adventure of self-discovery is made all the more difficult when society chimes in, which it inevitably does. A generation ago, women were force-fed the notion that being a mother was what would bring them joy. That was it—a one-stop shop for contentment.

This, of course, was a problem. As stated before, not every woman has motherhood on the brain. Females fought hard against this stigma—and while there do remain some old-fashioned naysayers out there, for the most part, these restrictive expectations are a thing of the past. The only problem is, they’ve been replaced by new expectations.

See the hypocrisy in this? Women are still being told how to live their lives. Society continues singing its repressive tune; it’s just changed the words.

And it’s simply wrong when society tells women (or anyone for that matter) what they should want. It’s limiting, and all too often, inaccurate. That’s why I must speak out in defense of women who long for what is now derisively considered “conformist.”

While this universal truth is glaringly obvious, it’s somehow forgotten at times. If we identify as feminists, but tell women who want to have babies that they’re doing something wrong, then we are no longer practicing what we preach.

When I prioritize my own life goals, being a good mother is at the top of my list. This isn’t because I was taught that I must be a caregiver in order to be of value—it’s just who I am in my bones.

I value relationships above all else—they’re what’s most important to me. I also absolutely love children. I’ve worked with kids for years; I know better than most that they can be a handful. But I cherish making connections with little ones as they discover the world around them and learn to express who they are.

I am well aware that this is not the life that everyone wants, but I’m tired of being talked down to because it’s the life that I want.

Let’s stop acting like one person’s goals are more important than another’s. It’s all relative. This hierarchical way of thinking is the root of sexism itself, and it needs to stop. What’s significant to one person might seem frivolous to someone else, and that’s okay.

There’s no universal truth that determines what is meaningful and what’s not.

I believe that every human being has the right to pursue his or her own happiness. The tricky thing is, everyone finds happiness in different places.

Women need to support each other—now more than ever. At heart, I believe we all want the same thing. We want all people to have the freedom to make their own choices, regardless of gender. We want girls (and boys) to be happy with their lives and with themselves.

But the only way this is going to happen is if we stop telling each other what to do.

You want to start your own company? Get it, girl. You want to become the raddest bass player of all time? I’ll be in the front row cheering you on. You want to have a baby? Good for you—pursue what makes you happy.

This is how we need to be speaking to each other.

The thing about happiness is that it’s infinite. There isn’t a certain amount that we have access to that we must split amongst ourselves.

We can all have a tremendous amount of joy in our own lives without having to take from others. Each of us has the potential to rise without tearing anyone down. Let’s all work towards supporting the dreams of others, even if they do not mirror our own.

This is how women will finally be empowered. This is how equality truly thrives. 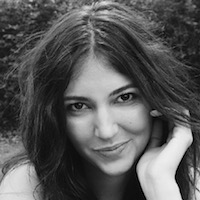