I Can Feel it Coming in the Air Tonight—Turbulence & an Ode to Climate Change. 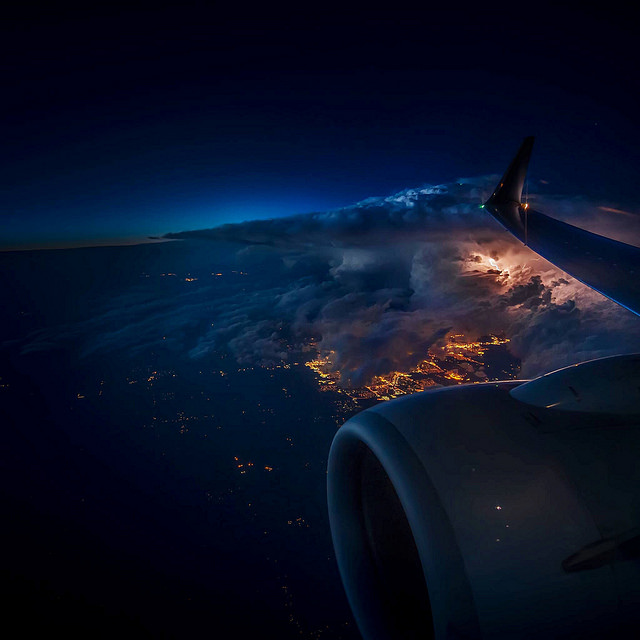 It’s funny how certain experiences wake us up.

For the past few years, I’ve spent a lot of time on airplanes. I’ve had lots of travel for work, my family moved overseas, and some of my best friends live on the other side of the country. I’ve gotten used to sleeping in the air. It’s become one of my favorite things to do.

The other day I was flying from Los Angeles to Las Vegas. I had just spent the weekend rock climbing in the mountains, and I was ready for a nap. Alas, the man next to me started chatting. He was telling me stories of his latest mosquito infested flight from Mexico.

He was nervous, and I thought to myself, it’s so not a big deal.

I closed my eyes and drifted off.

Soon the strip became visible from above, a gorgeous view of golden pageantry below. It was a perfectly clear night as we began our descent.

Suddenly, the little plane started to rattle. I’ve become increasingly comfortable with turbulence over time, so I shrugged it off. I looked to my left, and I saw two hands gripped in fear. It’s fine, I thought to myself.

Out of nowhere, the plane hit a patch of air that changed my demeanor. My whole body tightened as the left side of the plane tipped sideways. The captain tried to regain control and punched into a startling ascent. I flashed back to a conversation I’d had with a coworker the week before. She was telling me how afraid she was of turbulence. Internally, I puffed my little chest and explained that I used to be afraid too, but then likened the experience to off-roading in a car. Planes are built for that, I said.

At this point the engine was roaring a new kind of roar. I put my head in my hands and searched my memory bank for this strained growl and couldn’t find a previous match. Paired with the aggressive chattering of bouncing metal, my mind went there. For a split second, I wondered if we were gonna make it out alive.

I could barely feel my feet.

Then I felt a touch on my shoulder, the woman to my right reached out her hand. I took it. She looked at me with her big, blue, loving eyes and said, “Honey it’s okay. It’s just really hot out…” Hot out? I thought to myself. What does that have to do with anything?

Suddenly the plane went into another upward ascent; this one was sustained—the pilot bailed on his initial attempt to land. I shut my eyes. We were still 10,000 feet in the air. My chest tightened. The kind woman to my right gripped my hand tighter. The tension eases. “I’m from here,” she says. “It’s just the heat. This is normal. It’s fine.”

We made small talk as the captain circled for take two, and I thought about the display of love that the passengers in the rows behind us got to see. Two hands clasped in the middle of the isle.

Soon we were on the ground. I high-fived the pilot on the way out, and he asked, “Wasn’t that fun?” Sure, bud. I made my way down the tunnel, shaking my head and wondering about what had just happened.

I stopped at the gate to wait for Jen, the kind stranger, and gave her a hug before I made my way to my next flight.

She used the word normal. But is it?

Forty flights were canceled due to heat in Phoenix earlier this week. My best friend is getting her master’s in atmospheric science, so I went to her for an explanation. In the simplest terms, she tells me that when it gets really hot, the atmosphere turns into a boiling pot of water; and when water boils little bubbles form on the surface. That’s what the plane has to ride. Thus the turbulence.

According to NASA, 2014, 2015, and 2016 were the hottest years in recorded history. This isn’t normal. The Earth is speaking. What we do matters. How we care for the Earth matters. In light of the Trump administration’s recent decision to disengage from the global effort to preserve our planet, it is up to us. I’ve always believed in climate change. But this fanned the flames. We have to do more. I’m already thinking of ways to step up.

The Earth is speaking, and I’m listening… 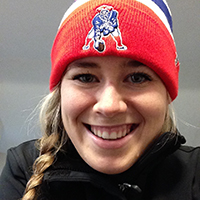