The #1 Reason to Take a Hike this Weekend. 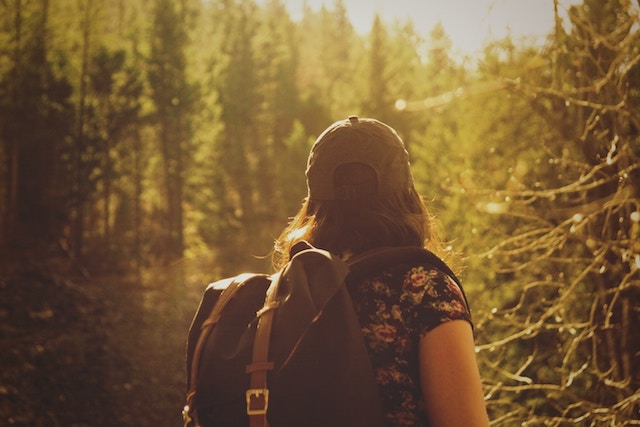 Some call it “Tree Therapy.”

Others call it “Forest Bathing.” The sad truth is, there is a growing body of evidence suggesting we have lost our connection with nature. Getting back in touch with nature has gained much attention lately, perhaps with the encouragement of forest bathing celebrities, such as Justin Bieber and Gwyneth Paltrow.

The practice was developed by the Japanese in the 1980s and is a cornerstone for preventative health, stress management, and healing in Japan. The Japanese have spent millions of dollars promoting and researching the benefits of forest bathing. The term Shinrin-yoku translates as “taking in the forest atmosphere,” or “forest bathing” in English.

In Japan, many who regularly commune with nature credit this practice to their native Shinto religion. A Tokyo-based nonprofit called The Forest Therapy Society designated 62 forests and wooded trails as therapeutic sites open for visits.

One of the principles behind these benefits is how wild plants and trees emit numerous chemicals to signal other plants and ward off enemy microbes. These chemicals, called phytoncides, are thought to lower stress-levels and increase our focus when we spend time in nature breathing in these positive chemicals in.

The science is convincing.

Four studies were done measuring the psychological effects of nature immersion. They found that those who regularly “bathed” in nature were more social and focused on supporting others, while those who did not spend time in nature were more self-focused and self-centered. The group who spent more time in nature was also more generous in their decision-making. These studies suggest that nature immersion supports a community-focused, giving mindset.

In another study, after just a four-day nature immersion and a disconnection from any type of technology, creativity and problem solving skills were enhanced by a whopping 50 percent.

In other studies, part of the Attention Restoration Theory (ART), nature immersion was shown to boost executive processing and cognitive functions such as selective attention, problem-solving, inhibition, and multi-tasking.

The effects of forest bathing were measured by comparing the inflammatory markers of two groups of 10 healthy adults. One group was immersed in a city and the other group immersed in nature—both for four days. The nature-immersed group saw reduced oxidative stress, lower cortisol (stress hormone) levels, and less inflammatory markers along with greater signs of energy and vigor compared to the city-immersed group.

Fake it ’til you make it…into nature.

Nature immersion has become a therapy only because we, as a culture, lost our connection to the natural world and its circadian rhythms. Ayurveda decreed many thousands of years ago that optimal health and full human potential depended on a lifestyle in sync with the cycles of nature. Living against this grain would deplete ojas, or vitality, and cause stress, excessive desires, and, ultimately, disease.

One of the primary ways of building ojas is to immerse oneself in nature on a regular basis. The science shows this is still a powerful therapy today—perhaps more needed than ever before!