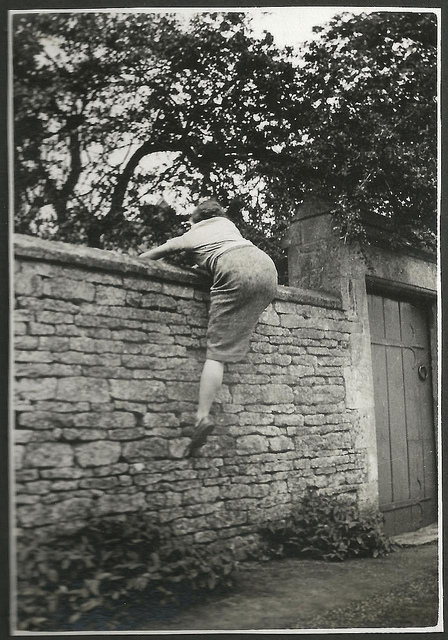 “If you just wanted someone to sleep with you and not care about you, maybe you should have just hired a prostitute!”

I had just become “the other woman,” and not by choice.

“How many sh*tty things does this guy have to do to you until you’ve had enough? Put your phone down.”

My best male counterpart said this in an effort to stop the impending volcanic eruption that was going on inside of me.

Something that has kept me making the right choice in friends and partners is having complete—sometimes brutal—honesty. No one likes to be conned. People can make mistakes and end up in bad situations, sometimes by choice or maybe by complete accident.

It takes time to forgive these incidents, but it’s easier to move forward when the root of the cause is possibly a personal trait that needs to be worked on. When someone feels conned or misled, it can leave us feeling used. This isn’t an easy feeling to get over, especially if the person is already struggling with depression and anxiety patterns.

I ended up in a situation where I was with someone whose “ex” had actually never left. I kept wondering if there was something about me that had somehow indicated to him that I was okay being his choice. Was I becoming blind to the red flags that we are supposed to spot? Was I hoping that my judgment in people was impeccable because that’s where I hold my standards?

After the final red flag smacked me straight in the face, I waited for the rage to dissipate and took my friend’s advice. I knew I had to come to terms with one of those “big life lessons” we always hate to accept when we’re actually in the throes of it.

Here’s the hard, honest truth about being someone’s prolonged option, the dreaded other woman: He would prefer neither of you.

Whether you know about the situation or not, this fact will never change. You may be special, but he isn’t.

He may have insecurities rooted so deeply that he finds it impossible to be alone.

He may rather exist in co-dependency with someone who he can periodically treat as a doormat.

And, if he really had the strength to do so—he would be single.

He (or she) is a human too, so constantly rationalizing cheating as an acceptable behavior must become exhausting. But the cold, hard truth is that you are their escape.

I’m typically the first person to put a positive spin on a sticky situation. I think that every terrible thing that happens to us just makes us more aware.

I had become someone’s escape, and all I wanted to do was escape the feelings that followed. I could have spent a lot of unnecessary time figuring out what went wrong in my timeline. I could have made a continuous effort on the “whys”, however, I knew I had to make more effort on helping myself heal from this.

Instead of holding on, I practiced a form of art that has always been hard for me—the art of “letting go.”

I’ve always felt that you could never be entirely free from pain until you let it go. Sitting and wallowing for an abnormal amount of time is not healthy. A lot of my past patterns have pointed to avoidance or escapism as a coping mechanism.

Even though I have become self-aware of my patterns, it is often hard to break them.

The difference between “letting go” and “escaping” lies in the fact that you need to face your problems before you can truly let go.

There isn’t a secret door that offers the much preferable route through escape. Letting go is often hard to do, which is why I consider it a form of art.

There is no art in escapism.

Most people of my generation prefer “blocking mechanisms”—which I didn’t even know how to use until last year. Apparently, if you “block” someone whom you are growing disdain for on your phone and social media, miraculously you will be clear of all effects from them.

Give me a break, kids.

Unless you invent an “Eternal Sunshine of the Spotless Mind” app, the issues within you will not just go away. Unfortunately, this method of blocking in our society has helped to heighten the pattern of escapism. It’s not possible to heal properly from something by just blocking it out.

So, if I wanted to quit my typical avoidance patterns, what was I supposed to do?

When I finally took action, it wasn’t as complicated as I imagined it would be. Here is what I did:

I needed to accept that we are all human. Forgiveness should not come easy when you find yourself hurt by someone, but the ability to let them go is huge in your personal development.

I needed to accept that it wasn’t my wrong judgment or thinking. Often times in life we may encounter people when we least expect it. Unfortunately, it won’t always happen in a way where we’re casually swept off of our feet.

I needed to drop my fear and uncertainty of being alone again. Often, people stay in relationships and uncertain situations due to the pressing fear of being alone. I needed to realize that I do know my worth and what I want in a relationship, otherwise I wouldn’t have reacted the way I did. Until I am in a situation that complements me, it’s always better for me to be alone.

I could let this unfortunate circumstance that I was in continue to depress me. I could continue beating myself up over things that I shouldn’t even be taking to heart. I could even look for someone else to help me escape.

Instead, I know that only I have the power to change my perspective. And I guess this shift in perspective is what everyone has been raving about: the inescapable art of letting go.

Image: Photos of the Past/Flickr