The Practice that Gave Meaning to my Existence. 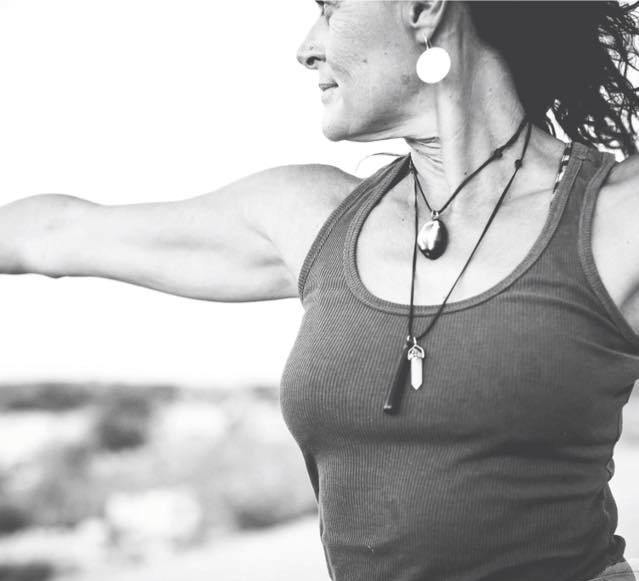 For as long as I can remember, I have been searching for something, some answer or clue as to the meaning of my existence and my place in the world.

Over the years, I have delved into a number of traditions, often finding some truth in each for myself. I began to practice Hatha Yoga and began to study the philosophy and texts surrounding this ancient science. At last, I had found a tradition that I resonated with, and so began my journey.

It was all going along swimmingly until I came across the last of the Niyamas or ethical observances: Ishvara Pranidhana or surrendering to a Supreme Being. Here we go again, I thought, eyes rolling. What the hell is it with the God thing?

The Yamas and Niyamas are the first and second limb on the eight-step path of Hatha Yoga. They are in effect ethical and moral codes. The Yamas ask practitioners to avoid violence in thought, word, and deed, to always be truthful, to not steal, to avoid greed and possessiveness, and to practice sexual restraint (“right use of energy”).

While the Yamas can be seen as moral restraints, the Niyamas are observances that are recommended if one wishes to move along the spiritual path, and include cleanliness, contentment, self-discipline, study (of the self and texts), and lastly surrendering to a higher being. And this is where I kept getting stuck.

While I understood it intellectually, I have been unable, or indeed, unwilling to embody Ishvara Pranidhana. The whole notion of surrendering to God is problematic in itself for me—or at least was. “God,” of course, needn’t be some bloke in the sky and can be called anything you like—the Universe, the Source, the Divine, whatever. But more importantly, the Supreme Being Pantanjali referred to in the Yoga Sutras, is actually your Higher Self, your Atman, or true, unchanging Self.

And it is this that we are asked to surrender to.

In this modern age, though, surrendering to ourselves is inherently difficult. Submit to the corporate master? Not a problem. Surrender to the hedonistic (and temporary) pleasures of drugs and alcohol? Why not! But to believe or surrender to something unseen, unknown, and ultimately unprovable, can cause us not only inner angst and conflict, but also can result in us being scoffed at, shunned, and derided by others. Still, though, the tradition asks us to do exactly this in order to find our true destinies and our inner well of joy and happiness.

I had my first solo journey overseas in over 15 years last October and treated it a little like a sabbatical, spending my time immersed in yoga practice and study and swimming with the fish on the beautiful Amed coastline in East Bali. It was a magical time where I reconnected with myself, began to formulate dreams, and visualised what my future would look like.

I also spent time with many amazing people in the village of Lean and was taken in and treated like family. During the course of this time, I was fortunate and honoured to be asked to attend a three-day ceremony for the blessing of the family temple.

Those of you who have spent time in Bali will know that the island is imbued with a strong sense of spirituality. It’s almost a tangible essence and permeates every aspect of Balinese life. These people live and breathe it, and have a connectedness to spirit that is enviable and sadly missing in our Western lives.

On the last evening of the ceremony, I got to witness this first-hand and was drawn in and invited to allow the spirits of Bali to enter my being. I submitted of course. Kind of hard not to when you’re the only foreigner and the extended family is treating you as one of their own. I’m not really sure what happened that night, but from that time on, I finally felt—and embodied—the surrendering to a higher power principle.

What this means for me now, is that everything I do is offered to a greater power. Now, remember, the greater or higher power that Patanjali refers to when he says surrender to a Supreme Being, is yourself, and therefore all humanity, since we are all one.

It has given all my actions a sense of sacredness. I no longer look at what I do as something just for me, but for all. What it has also meant, is that I have finally let go of striving for outcomes, let go of worrying about what I cannot change, and let go of the past (well, I’m working on it at any rate). I surrender to the ever-changing flow of life and trust that what I need will be given. Any obstacles that I encounter along the journey are now seen as necessary for my growth. To be quite honest, internalising surrendering to a higher source has been one of the most liberating moments of my life.

Now, that’s not to say that I don’t still have days where I struggle, or that I am now wandering around in La La Land with my head in the clouds and letting the “Will of Shiva” make my decisions for me, but it has meant that I have internally relaxed. When things go wrong (as they inevitably do in life), or I begin to find myself stressing over something, I remember that I am connected to a higher source, that everything I need can be found within myself and I tap into this higher energy.

For me, this means either getting on my mat for the full yogic experience or maybe just sitting and practising pranayama and meditation. At other times, that meditation may be a long walk on a beautiful beach and a soak in the salty waters of the Indian Ocean.

It has meant that I no longer feel alone with my worries and have imbued my life with an extra dose of joyousness and connectivity. And for me, this is the heart of yoga—surrender, Ishvara Pranidhana, to a Higher Source, to yourself, to your inner divinity, and having faith in the process of self-realisation.
~ 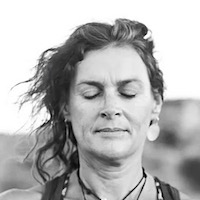