They Carry the Bones. 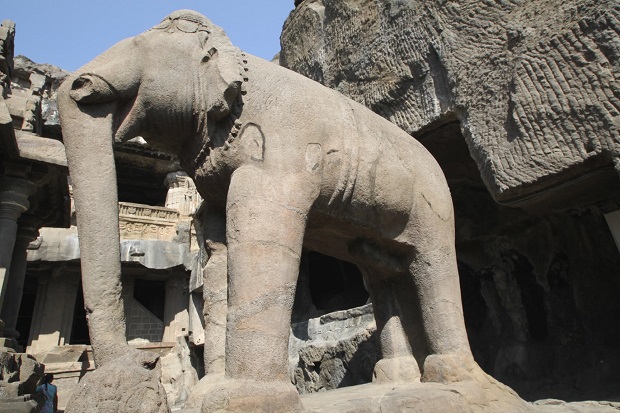 Charlie and I were on our way back to camp with Samuel, our quiet and deep thinking private guide, having separated from our larger safari group, when we came upon a scene both normal and extraordinary.

A congregation of elephants stood motionless around the dead body of a large, female elephant, surrounded by scavengers of all shapes and sizes. In the bright midday sun, the lifeless, ballooned body resembled a giant grey whale or an epic mountain rising from the dirt.

Greasy-looking black vultures swooped and hovered and swooped again, pecking away at the sour smelling carcass; they shrieked nervously. The hyenas did their slinking dance around the dead elephant. From the very first time I laid eyes on hyenas in Africa, I couldn’t figure out whether they were truly ugly or sadistically comical.

I remember not being able to find my words when I saw the dead elephant and her entourage, but Charlie managed to fill up the silence with a series of routine questions about elephant behavior. Gentle Samuel brought our Land Rover to a halt so we could begin to study the scene. I started asking questions, the most important one being: Did she die naturally or was she murdered?

“This is an old-age death…you see her tusks are still there, and there’s no blood,” he told me softly, his words barely audible. “And don’t forget our long drought here,” he offered, reminding us of nature’s indifference on the African plain.

Yes, I noticed an absence of violence here—just a quiet, an emptiness. I felt relieved that she died as part of the unfolding of things in the bush, but what felt extraordinary to me at the moment was the large congregation of elephants who stood in a circle in attendance to the deceased.

I had never before seen animals bear witness and mourn the dead. They were still and silent, including the younger elephants, as they held space for a member of their family.

Before I came on safari, I had read about the all-embracing nature of the elephant herd—how all the choices and activities of the group are determined by the need to preserve the family. This behavior went deeper and stretched beyond my own limited, human understanding. I could see in this moment of witnessing that the loss of this particular elephant was a severe blow to the family she traveled with, and I felt a tugging in my chest and warm tears falling down my face.

It is possible she was the leader of her tribe, and most importantly the carrier of their social consciousness, and now another senior female would have to rise up to take care of the herd. Community, intelligence, and love affirmed.

We had been staying at Amboseli National Park for a few days now, and had gone on a couple of long game drives with Samuel while he taught us about the complex elephant culture, and the tireless human efforts to protect these animals from illegal poaching—one of Africa’s darkest historical facts. Vast amounts of money stream into the country from the sale of elephant tusks as Chinese commercial interests continue to be intoxicated by the acquisition and the money-making possibilities of ivory.

This greed has corrupted many intelligent and righteous organizations that once had a mission and responsibility to stop the massacre of African elephants—which occurs these days at a shocking rate of one elephant every 15 minutes—as we humans move through our lives minding our own business. At the foot of Mt. Kilimanjaro, on a vast plain that spreads out from south to west, an American woman named Cynthia Moss runs a sanctuary for elephants, both a refuge and study center where all efforts are devoted to the safety and preservation of their lives.

Moss started the Amboseli Elephant Trust more than 30 years ago to chronicle the lives and deaths of literally thousands of elephants in this part of Kenya, describe their family structure, track their movements, and keep them protected. She and her research assistants have worked tirelessly to raise awareness of the elephant’s fragile place in the landscape, where rule of law prevails only minimally and greed perverts some of the best conservation plans. Her work continues valiantly today.

As I stared at the noble female elephant’s face, I noticed that parts of it were eaten away, but her long tusks were still visible, lying creamy white and lifeless on the ground. I had no clue how long her companions would stay to grieve, nor could Samuel tell us.

I realized that it was time to embrace the unknown. They would be in attendance until there was no longer a need, until their grief was spent and mourning came to a close in its own time. Then they would resume the rhythm of their lives, begin again their march in search of food and water; although they would return here eventually to fondle and collect the bones of their comrade, and carry them along with them.

We humans put the remains of the dead in an urn or a wooden box and then in the ground, but elephants take their beloved ones along on their forward journey for an indeterminate amount of time, cradling the fragments close to their huge bodies, with love.
~ 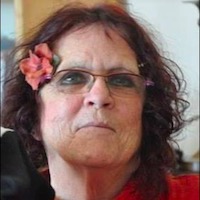