You Can’t Screw Up the Relationship with your Twin Flame. 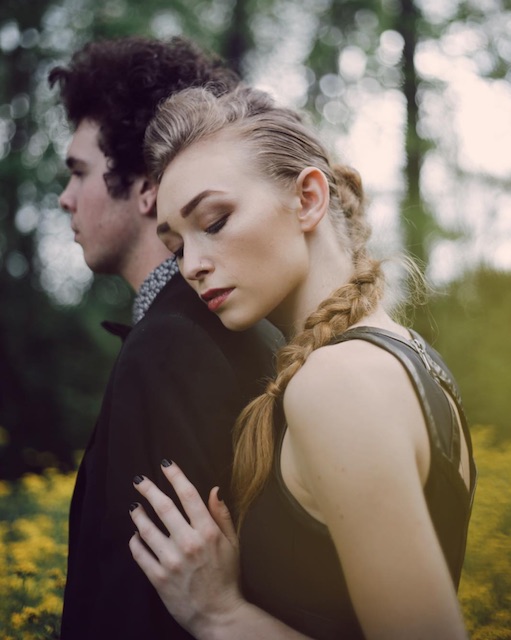 “Chaos isn’t always pretty, but it is necessary for change.” ~ Kate Rose

It seems that we often confuse amazing and easy.

We run from chaos and then wonder why mediocrity bores us—yet, in terms of love, the twin flame connection will ruin you from the outside in so that you might begin fulfilling your soul contract.

In this life, we all start off on the path that we think we should be on; but, in truth, sometimes that differs greatly from where our souls are supposed to be. We make choices based on our upbringing and familial conditioning, never pausing to consider if we are following our own hearts or the expectations of those closest to us.

That is where twin flames enter our lives.

These types of soul contracts arise with the purpose of upsetting the status quo so that we might be redirected on the path of our hearts. This means they will ruin relationships, marriages, careers—essentially anything and everything that keeps us small.

Twin flames don’t reunite instantly, because the love and relationships they find themselves in are actually byproducts of the actual growth and journey that is the entire purpose of the union. Twins are supposed to trigger one another, bother and upset each other, and cause havoc.

But only because there isn’t any way to become who we are meant to be by remaining who we were.

Many times it seems twins think they’ve messed up their relationship with their counterpart. They think that “not now” is “never,” and that they have done or said the wrong thing, permanently pushing their twin away.

Yet, the reality is that will never occur.

There is no way to truly screw up and lose a twin flame connection, even if, at times, it may feel that way. Twins often need to travel through the beginning phases of awakening and ascension alone, and so there may be long breaks in the journey, hurtful words, and triggered egos but there will never be a way to truly ruin the sacred union between these two.

This means that not only will everything happen in divine timing, but also that we can’t ever really mess up what is meant for us. Sometimes it’s hard to believe that there is an ultimate plan for each one of us, possibly one that has been arranged prior to coming to Earth in this lifetime.

Yet, it’s only our fear of greatness that holds us back from realizing our own.

In twin flame dynamics, it’s supposed to be rocky. The runner is supposed to leave multiple times, and the chaser is supposed to feel abandoned—unless these souls move through these specific dynamics there is ultimately no way that they will be triggered enough to engage in the overall process of ascension and vibrational alignment.

But, we are sold the false belief that twins aren’t supposed to reunite in this lifetime when things get difficult or they separate—yet that is only one side that is published and discussed by twins who haven’t yet begun the reuniting phase.

The reality is that if twins venture far enough together to begin ascension and the actual phase of runner and chaser, then they are, in fact, meant to join in this lifetime—as that is the entire purpose of the stages and subsequent journey that they will embark on.

They aren’t just here to develop on their own, they are here to awaken, to raise their consciousness, and to learn to practice and embody unconditional love, which is the highest vibration of God’s energy. Twins are meant to join in this life to help encourage others around them. The more twins that reunite, the higher the consciousness of the planet is raised—and, then, also changed.

To say that twins aren’t meant to join in this lifetime is a feeling of helplessness at the apparent lack of control of the connection. But, this is only felt when we try to rationalize and use logic as we would with a relationship based more in the physical world than the spiritual.

Twin flames aren’t from this three-dimensional physical world, and so they have to be approached differently.

One twin will treat the other awfully at times; they will project and even run. They will blame their twin for their inability to stay asleep and forget that the universe is tapping them on the shoulder to awaken. When this happens, it becomes easier to say that it’s not meant to be, or even that perhaps this person in our lives isn’t our twin.

All this accomplishes, though, is demonstrating the readiness of the twin that feels wounded and perpetuates the status of the victim.

As long as the chaser still feels wounded by the runner’s behavior, then they are not yet ready to practice unconditional love for their twin. One of the purposes of the falling apart and together is not only to trigger so that they might move through the stages of soul development, but also to test and learn how to build unconditional love toward one another.

Yet, instead of seeing it as this, we become hard on ourselves.

We sink into despair; we think that we’ve ruined this sacred union for all time, and that somehow we have messed up our destiny. The important thing to remember, though, is that we can’t change fate; we can battle it, run from it, and ignore it, but, in the end, what was destined to be will always be—even if it’s in spite of ourselves.

Twin flames are going to be reuniting more and more throughout this year and the coming five years as part of the general awakening of the planet. We need them to, as there is no other way to shift the consciousness of this planet.

It’s a love that truly can change the world, which is also why it’s meant to be—no matter what we do.