The Only Thing Standing between us & our Dreams are the Walls we’ve Built Ourselves. 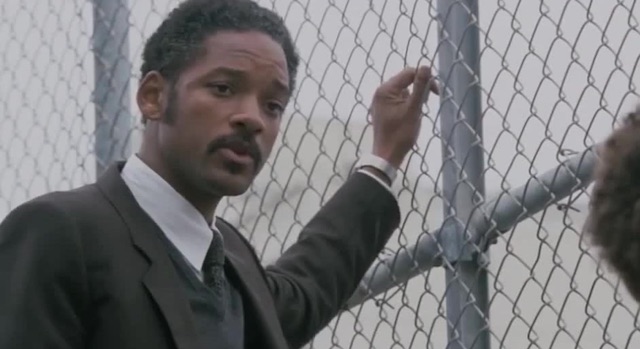 In the last couple of years, I’ve made incredible strides toward living my dreams.

This may seem like an unremarkable statement, but from the ages of 18 to 33, I lived your average, dream-free life. I attended undergraduate and then graduate school. I worked corporate jobs and then branched into my field of study.

Then, I retreated from a field of study I discovered I wasn’t interested in continuing and went back to the 9-5 office routine. For years and years.

There’s absolutely nothing wrong with this kind of life. Except, I wasn’t living it—I was simply going through the motions of living.

I’m not one to nurse regret, but I look back and wish I’d at least been 100 percent invested in that life as I was living it instead of doing the thing that I thought I should be doing. But from this handy vantage point of hindsight, I can see the walls that were built between me and the dreams I had when I was younger.

You see, at five or 10 or even 15, adults give children some allowance to dream. We can say we’ll be whatever we want to be. Then, as we approach the end of high school, the tone changes. Sure, we can dream. But we need to be realistic. Where will we go to college? How will we support ourselves doing this or that thing we long to do? Shouldn’t we have a back up plan? Shouldn’t we learn a skill or trade or get an advanced degree, just in case?

While these are all practical questions, the underlying sense is that we can’t, in fact, do whatever we want to do. The doubts and fears of others run beneath these questions, which many of us internalize. What if I fail? What if I don’t have what it takes? Wouldn’t it be better just to be safe?

That’s how my wall was constructed. It took years to build it. Each question and conversation about the future added a brick to the growing wall between myself and my dream.

I just wanted to write. The words were always there, and I seemed to have a handle on them. But, by the time I reached high school, I was scrambling for another dream. And by the time I left high school, in the early days of college, I had closed the door on the dreams I had and changed majors. I decided to be practical. To be safe. To get a good education for a reliable job that I would like.

So how did the wall come down?

The life I built didn’t go as planned. I grew dissatisfied with jobs that didn’t allow me the creative liberty I needed to express all of my potential. The career I worked for began to leave me depleted. The marriage I had during this period of time began to show all of its many cracks and crevices. And all of it, every single brick of the life I had built, began to crumble.

But, what I found after the fallout, after everything I’d worked for and decided was safe proved not to be safe at all, is that I still had dreams. I had the same dream, in fact, lying under the rubble of the life I’d lived. I began to clean up the mess, to remove the layers of voices and doubts and fears that had kept me from running headlong toward my passion.

I began to write.

The words were still there, underneath it all, waiting for me to return. What’s remarkable is that when I returned they were stronger than ever. In less than a year, I had written two complete manuscripts for children’s book and nearly 300 pages of an adult novel. I finished one novel and began the next. With all of this going on, I still had time for travel writing and blogs.

I began to put my work out for public consumption. I began pursuing the dream I thought I couldn’t have because it didn’t seem practical or financially stable or safe. And, maybe it’s not any of those things, but when there’s passion, it makes a difference. Now, I’m not just going through the motions of living, I’m fully alive and awake in every moment of it. Even the uncomfortable ones, the struggle. All of it.

What I learned is that our dreams are possible. The things that we were passionate about once are still important—whether we make them hobbies or our full-time careers.

But, if we want to have a real shot at living the lives we’ve dreamed of, we have to take apart the walls we’ve constructed to keep us from them. We have to ignore the critical voices who will question the wisdom of our decisions. We have to get beyond our fears of failing—and the equal fear we often have of succeeding. We have to excavate every single thing that’s kept us from following our path so that we can clear the way ahead.

I wish I could go back in time and whisper in my own ear that the achievement of dreams is possible. I don’t know if I would have believed it then when I can hardly believe it now, even when I have a day where I’ve written 25,000 words of a story I didn’t know was inside me.

But I can’t go back. What I can do is share it forward. I can say that dreams are possible, and the only thing standing between us and our dreams are the walls we’ve built ourselves.

It’s time to tear down the walls and see what’s possible after all.