Why we Still Need Labels. 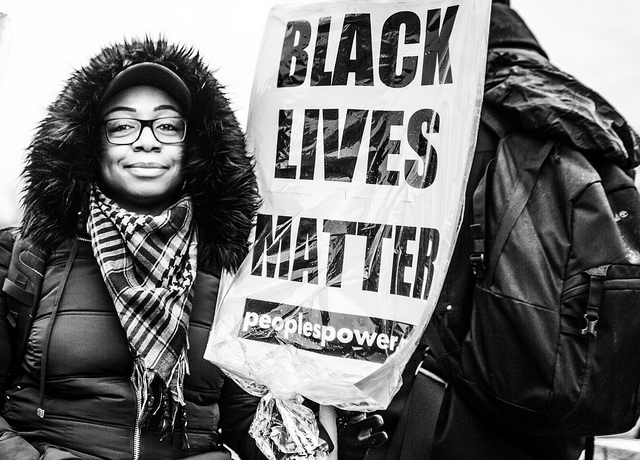 I have a lot of labels to go by.

I’m a woman. I’m bisexual. I’m white. I’m cisgender. I’m able-bodied, but I am not completely neurotypical, as I have dealt with anxiety and depression.

And, admittedly, some of these labels get exhausting to live with sometimes. Just today, I thought about sitting down and writing something feminist, to which some part of my brain responded with an endless groan and the questions, “Do I have to be a woman today? Can’t I just be a person, without any concern about rape culture or objectification or whatever the topic of the day is?”

And I don’t think I’m the only person who has felt this way either. You see this opinion pop up constantly on the internet, though perhaps not always from the specific group of people being referred to.

For example, whenever a movie studio makes a big deal about outing a character as gay, you tend to see a plethora of reactions, and one that always makes its appearance is the question, “Why does this matter? As long as the character is good, who cares who he sleeps with?” And although I am not trying to condemn the people who say this, I do want to point out that the majority of people who hold this opinion are straight people who have not experienced what it is like to be LGBT+.

Another example of this that I’ve seen is the internet’s reaction to the Black Lives Matter movement. Many people (and primarily not black people) saw this movement and felt offended by the name, offering up the question, “Don’t all lives matter?”

When questions like this are asked, I feel that it comes from a very similar place as my own internal grumbling about writing something feminist: They’re tired of dealing with it. They’re tired of people segregating themselves under different labels, of feeling as though one person is different from the other because of their race or their sexual orientation or whatever the case may be. They just want all that to end and for people to just be people already—not labels.

And trust me, I get it. I do. The fact that all these different labels exist in our world is exhausting. But there is one glaring problem that arises when you suggest that we should just label everyone as people and move on with our lives: Society doesn’t work that way. We are still living with huge imbalances between people that will not be fixed if we don’t address them.

Yes, all lives matter, but Black Lives Matter was created for a very specific purpose: to address the fact that black people in America are killed by the police at an alarmingly high rate, and that needs to stop. The Black Lives Matter movement is trying to bring attention to something that specifically affects black people, and if we are ever going to find equality, we need to talk about that. If we continue to ignore that issue, then cops are going to continue to brutalize and kill black people because no one is telling them that it’s wrong.

Yes, at the end of the day, who cares who that character in the movie wants to sleep with—he’s a fictional character and none of us are sleeping with him anyway. But at the same time, it matters that he’s gay—especially if it’s in a genre that doesn’t typically feature LGBT+ characters or if he’s the lead in a mainstream movie. It matters because gay characters are too rarely seen in mainstream films, or if they are seen, they’re sometimes delegated to minor characters or stereotypes.

It matters because the invisibility of LGBT+ characters in mainstream media leads to a generation of LGBT+ people who have internalized that there is something wrong with them, that they shouldn’t be seen, or, even in some cases, that they don’t exist. And if we don’t make a big deal out of the fact that this character is gay—if we don’t celebrate and encourage it—then Hollywood is not going to get the message that we want to see more LGBT+ people represented in our media; and, thus, nothing is going to change for LGBT+ youth who need to have their existence validated.

And as much as it might get exhausting from time to time for me to talk about feminism, it’s still something that I need to do—because if I don’t, then I’m part of the problem. I’m sitting back and allowing these injustices to my gender to continue on.

Don’t get me wrong—I am in full support of getting rid of labels someday and forming a society that does not even notice our differences. But, the key word here is someday.

And if we are ever going to actually end it and form a society where we can all just be people, we need to address it. Because until we end these issues, we are not treated as just people—our lives and experiences are still determined by the labels that we have no choice but to live under.