5 Spiritual Lessons we can Learn from the McGregor & Mayweather Fight. 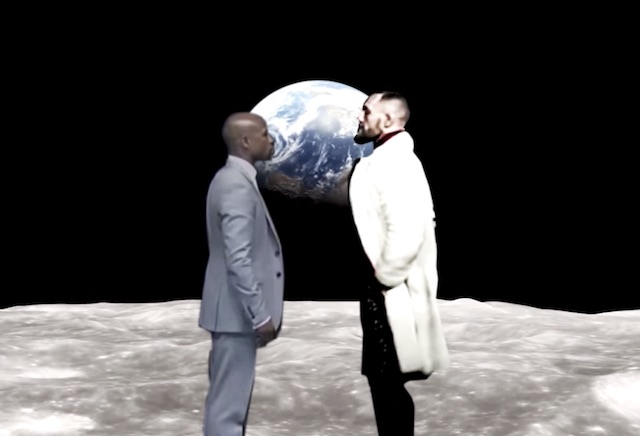 Spirituality can be found in the most unexpected places.

When it comes to boxing, especially the upcoming Mayweather versus McGregor fight, there has been a lot of hateful back and forth and media coverage.

I have practiced martial arts for much of my life and I would like to point out the positive takeaway from the meeting of these two men.

These hyper-celebrities are doing far more than we think. Aside from being two of the best fighters in the world today—they have been able to get everyone’s attention. Many of us either hate or love them. Hell, some of us probably wish they both could lose (I am kinda in that boat.)

The real question is why? Is it because they are showboaters? Is it due to the fact that they both say a lot of disrespectful things? Or, maybe is it because they are doing what others haven’t been able to do—pull in people who don’t even watch or care for UFC (Ultimate Fighting Championship) or boxing.

What does this have to do with personal development, spirituality, and becoming our best selves? What on God’s green Earth can we learn from two seemingly super-egotistical fighters?

The five things that we can learn from these two men are:

Boxing has a lot more to do with being spiritual than the industry lets on. Martial arts is much more than throwing kicks, trying to subdue our opponents, and practicing that right hook. If I didn’t do martial arts I don’t think I would be half the man I am today. I especially wouldn’t be as spiritual as I am.

People who engage in this sport normally view it as a way of life. Constant inner-dwelling and self-reflection are necessary to gain the upper hand on our emotions.

I have huge admiration for Bruce Lee and his famous saying “Be like water.” Training in this fashion is really similar to meditation and often has the same benefits.

Both Mayweather and McGregor practice meditation outside of the gym and before their bouts to clear their heads and enter the “zone,” or what many contenders call, “the flow state.”

It is so powerful to have a good understanding of ourselves and how important meditation can be in our lives. It only takes 10 minutes a day to reap the rewards from clearing our minds and finding our zen.

Meditation is a key component to a happier, stable life—and discovering our spirituality will bring us a sense of peace.

We live in a world where human connection plays a huge role on how successful we become. Many of us have probably heard the old saying, “Your network equals your nett worth.” On my blog, I talk a lot about how having the best product, service, or just you as a whole. But, you won’t be able to make the biggest impact possible if no one knows about you. It is a lot like finding water in a desert but no one else is around to tell. It is amazing but not helpful or useful to anyone but ourselves.

The best way for us to replicate this is to build a personal brand that will speak for us. Everything we know about them is due to their marketing, but more importantly, their own brand. Whatever route we are on in life this is a key skill to have in our arsenal.

In short: it is best to market and brand ourselves in a way that we stand out from the rest and make people want to talk about us.

Another thing they do (despite over-exaggerating their brand to gather awareness) is: they are themselves. They are doing what they love to do every second of the day. Whether it is training, fighting, trash-talking, they are being who they are and making sure the world knows about it. This is one of the most important things we all can do.

We may never be the next McGregor, Zuckerberg, Einstein, or anyone else for that matter. If we try to be them we are just limiting ourselves and our potential. We can become “better” than those people because we are able to learn from them now.

It is up to us to be the best we can be and not let others change who we are. We can do so much more than we anticipate as long as we stay true to who we are and strive to be better than ourselves 10 years from now.

We have to be our authentic self because everyone else is already taken. Confidence is key.

These two guys are able to show so much optimism that many people see may view as big egos. In a world where there is so much negativity, it helps to believe in ourselves more than anyone else does. It is no one else’s job. They may get beaten in a fight, knocked down, or even have threats and boos from the crowd, but they still show up and “claim” to be the greatest.

It is an effective skill for us to have in our own lives as well. If something goes wrong we have to take full ownership and responsibility for it. It helps to see the bright side of everything and look at it as an opportunity for growth and improvement.

In short: it helps to try and find the good in whatever is going on in life—the silver lining that gives us hope. To be so positive that others become amped up just from seeing it. Having that sort of energy can be contagious.

Lastly, this is by far the greatest take away that we can obtain from these two men. They didn’t just get “lucky.” They worked for it. Just like them, we have to have an intense work ethic and strive to be our best if we wish to succeed.

For us to truly be at a level as high as these men have reached (and many other men and women in the world) we have to put in the work, the long hours, early mornings, late nights, and the training. There are no real short cuts and if we do manage to find one, we are only cheating ourselves by taking it. The best way to turn everything into gold that we touch is doing much more than what is expected from us.

We get back what we put in. We must create our own “luck” because in life, more often than not, there are no handouts. We should strive to work harder than the rest and then we may become better than the “best.”

Conor McGregor or Floyd Mayweather for the win? (My bet is on Mayweather—at least for boxing. In a UFC fight, McGregor hands down!)

We are all in this together but it all starts with us! We are creating history! 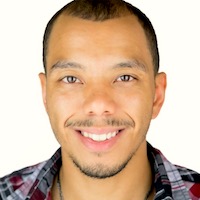