65% of Americans think Spanking Children is Fine, but Does it Leave a Mark? 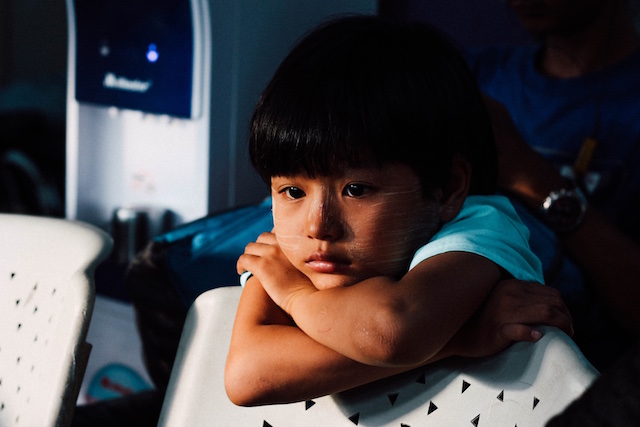 I am afraid of being bored.

Between meetings, personal events, or during any gap in the day, I get a feeling of dread. My mind gyrates around things that happened recently, or could happen…and then I panic.

I have traced the reason for this fear of boredom to my childhood.

My father was a minister and I had to sit still in church from the age of four. I was not a good sitter. I fidgeted, sang, and made block forts with bibles and hymnals. And, sometimes, I would crawl under the pews and say “hi” to the parishioners behind me. It would have been different if my mother and I had been sitting in the back of the church, but we always sat three or four pews from the front—where my dad was preaching.

So, almost every Sunday, when I was four, my mother would drag me from the second-floor sanctuary down to a basement bathroom where she would spank the fidgets right out of me. Those spankings are my first memory. The dank smell of the bathroom, the petrified wood on the stalls, the dirt around the seam of the porcelain toilet. And, as a result, I get anxious when I have nothing to do.

This fear of boredom has made me incredibly good at hidden word puzzles (which I eventually used to keep occupied), and successful at work, because I am extremely productive. But, by the end of the day, I am cranky, anxious, and exhausted.

There is a word for my fear of boredom. It is called thaasophobia. (Maybe they thought it would be helpful to sufferers to make it difficult to spell?)

According to a Scientific American article on the reasons we develop phobias, “A person may develop a phobia after a particularly frightening event, especially if he or she feels out of control.” Like being spanked for being unable to sit still at the age of four maybe?

There is not much content about thaasophobia on the internet. No Wikipedia page. No WebMD page. I guess thaasophobia is just too boring to talk about.

But it is real to me. And discovering this phobia made me wonder: have other people been negatively impacted by spanking? So, I went to PubMed and found this article titled, “Slapping and spanking in childhood and its association with lifetime prevalence of psychiatric disorders in a general population sample.” I guess spanking does leave a mark.

According to the article, spanking continues to be a tool for punishment, especially for children under the age of five. The article cites a 1995 Gallup Poll, which indicates that 74 percent of children under five years old were hit or slapped by their parents. (An updated poll by ABC News in 2014 found that 65 percent of Americans still approve of spanking.) The PubMed article goes on to share results of a 1990 Ontario Ministry of Health study which found that children who were sometimes/often spanked were more likely to experience anxiety disorders, depression, alcohol abuse, and to externalize their problems onto others.

So, I am certainly not alone in experiencing spanking’s negative effects. I wonder how many adult alcoholics and anxiety sufferers have been formed as a result of this “disciplinary” tool which the majority of Americans still think is okay.

My mother stopped spanking me at age 11, when I grew taller than her and threatened to hit her back. And that is what stops most spankings—the child becomes big enough to defend themselves or they “tell on” their abuser—because hitting is wrong everywhere else.

Hitting others is only “acceptable” in parenting. In the workplace or public schools, it is frowned upon to even touch a person on the shoulder—much less hit them. Wouldn’t it be wonderful if we were as careful touching our children as we are touching others in schools or the workplace?

Over the years, I have found the following practices comfort me when faced with boredom-induced anxiety:

Whenever I feel anxious, I begin a breathing practice using extended exhales, which is particularly helpful for anxiety. I breathe in for four counts and out for eight. Then, in for six and out for 12, and so forth. I start with ten cycles of breath and then, if I have time, I do more. This usually lets me settle down enough to realize I am safe. I am not in trouble. I can take care of myself in this situation. And I can be still without being hit.

Practicing simple yoga-related moves quickly grounds me. I have found spinal stretches (side to side, twists, backbends, and forward bends) and foot massage using a tennis ball (instantly grounding) to be particularly helpful.

For the tennis ball massage, you start standing or sitting with the tennis ball under the pad below your big toe. Gently press the ball into that pad and then extend the massage to all the pads below your toes. Then, move to the arch of the foot, the heel, and end with an all-over massage on the entire foot. Before moving to the other foot, take a moment to notice how the foot you massaged feels compared to the other one. Then, massage the other foot and notice how you feel.

Once I have completed the yoga postures and settled down, I try to observe and release distressing thoughts. I breathe in and then, on the exhale, let go of the past, where this phobia originated. I do this for several rounds until my mind settles. Then, I sit quietly for as long as possible. And am happy with any length of time I can sit still, as this is a real triumph.

Once my mind clears, I make a list of things for which I am grateful (in no particular order): my job, my home, and beings who love me, as well as the work I have completed to move beyond this childhood trauma.

So, instead of acting out when bored, I use these tools to sit with my boredom. As a result, moments of boredom can become little gifts of peace, rather than tortuous pauses.

But, the mental scar of childhood spanking remains.

My hope is that, by sharing my experience, others will rethink this form of “discipline,” which is unacceptable in every building in the nation, except for in homes with children.

How might the practices above, and information regarding the effects of spanking, impact your life?

“I really think it’s crazy that we hit our kids. It really is. Here’s the crazy part about it: kids are the only people in the world that you’re allowed to hit. Do you realize that? They’re the most vulnerable and they’re the most destroyed by being hit, but it’s totally okay to hit them. And they’re the only ones! If you hit a dog, they will put you in jail for that.”

How to Be the Conscious Parent You Never Had.