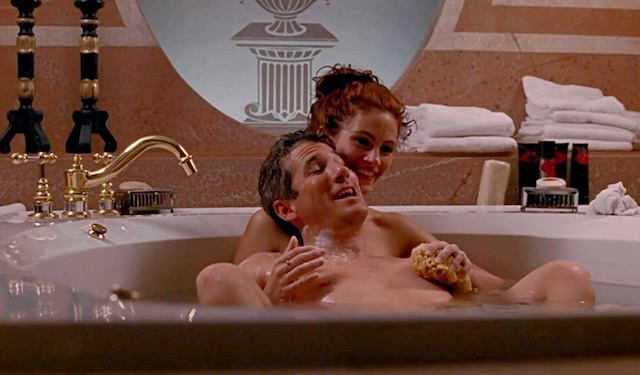 In 1998, I was 51 years old, five years removed from my last divorce, and four years sober.

I’d been internet dating for the preceding three years. There were 20 first dates, not so many second dates, and just a couple of third dates.

Internet dating was significantly different in 1998. None of the sophistication—high-gloss pictures, filter by hair color, eye color, height—or options like winks, save favorites, chat, or video chatting existed then.

These were caveman internet dating applications. Me man. You woman. We talk—let’s date.

There were online personal ads, I mean like you find in the newspaper, think “Backpage.com.” Other dating sites were telephone-based. You called, left a message describing yourself and the woman you would like to date. Then you periodically called back to find out if your bait worked.

The dating sites, run by the most popular radio stations charged, and they charged for everything: creating a profile, checking to see if you had any luck, listening and responding to someone’s ad and profile. Pure telephony and you never saw a picture.

I dated 20 women from three different states and one overseas country over a three-year period. I took a one-week-long dating trip to Germany.

Two of the most exciting dates were with a magazine editor and a woman who was a nun for 20 years—but had given up the habit.

Ms. Magazine Editor had a condo in Queens. We sat on the balcony watching the jets take off and land at LaGuardia airport. All the city lights, including their reflection off the water that surrounds LaGuardia, made it look like we were looking across a landscape of Christmas trees covered in every imaginable color of blinking lights.

It was late, and I was thinking it was time to head home, but she interrupted my thoughts asking me to wait, while she went into the next room.

When she came out of her bedroom, she was ready for bed and her gifts were on display! She scared the hell out of me! I was not ready, babbled like a teenager, and ran out of that apartment like a scalded dog.

Our last date was in a neutral place—a Hall & Oats concert with her friends.

The nun and I dated for three or four months, until the day she told me she had been dating someone else at the same time she was seeing me. Nothing wrong with that. We had not declared an exclusive relationship. It was one of those conversations when you just knew a “but” was coming.

She told me she decided to date the other man exclusively—a priest who gave up the cloth. You cannot make this stuff up.

Joking aside—this one hurt. I stared, lost for a moment, and said, “You just told me I have been everything for you, everything including magician, and it wasn’t enough.” That night we left the restaurant walking in two different directions. I never saw her again.

Tell me, what do you do when your best isn’t good enough?

Me? I didn’t date again for eight months.

None of the dates led to sex. When sex happens too early in my relationships, it becomes the reason for staying together, and interferes with getting to know each other. My decision was to wait until a relationship was two or three months old before heading to the bedroom.

It was important to give myself a chance to learn enough about the person before asking them to share something so private with me. Approaching a relationship this way meant “goodbye” would be less painful because nothing physical had happened.

By 1998, I felt I needed to change my approach to internet dating and create something different. Dating sites had matured. You had control over your online profile. It was time to be bold! Writing an interesting profile is difficult if you are like me—quiet and shy—in spite of everything you’ve read up to this point.

How could I be bold, spice up my profile, and do something unique? A poem!

I could write a poem that created a window into my heart and showed others how I thought and felt. No more of this dry bulls*t describing me. I could be caring, sensitive, kind, thoughtful, and romantic with a really good poem.

So, I wrote a poem that I felt created a picture of me I wanted others to see. I posted it online and sat back to wait for all the totally awesome women I just knew would be knocking at my door…

Day two—nothing. “Don’t these women know who I am, what I am like?”

Over the course of three months, my perfect poem, advertising to the world the presence of this wonderful, kind, caring, sensitive, thoughtful, and romantic man received one contact. One!

How could this be? Who wouldn’t want this guy in their life?

You may be wondering about this poem I have been talking about. Wonder no more. Here it is:

It’s Friday evening now.
All week we talked about our new restaurant adventure
planned for tonight.
We always enjoyed wandering through Greenwich Village
and the Upper East Side and stopping to look at window-displayed menus.
The adventure was finding delicious food at exceptional prices
and our favorite dessert.

Tired now because Friday had
been tedious and the week long, we jointly agreed
home was better
and bubble bath preferred.

Bubble baths and rainy Sunday mornings were always special.
A bubble bath in our antique-style bathtub.
The kind with little cat’s feet
and gently sloped back.

We would both watch these bubbles
glimmering like
jewels
and
precious stones
tumble like an avalanche
rushing toward
your warm
lush
fertile valley
below.

We both loved to kiss—
soft lips on
lips,
cheek,
ears,
and especially, neck—
never failed to excite us.

Kissing was how it started.

Next came the waves;
small breakers
grew into tsunamis
before we were done.

We would lay heads on
pillow
talking…
I would reach out to you,
and touching your
cheek,
gently toss a curl aside.

There would be soft kisses
on neck,
cheek,
breasts,
thighs,
and lush valley.

Bedsprings groaning,
straining against our efforts
would be the next sounds heard.

There was always less cleanup on Sunday morning.
Showers are like that.

You know what, I did eventually find a wonderful lady with three children. It occurred to me that maybe God wanted me to take care of this woman and help her children to a better start in life and American citizenship. That is the topic for another article. 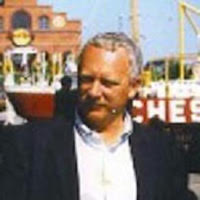