Life is gonna suck, but it needs to—5 hard but helpful truths. 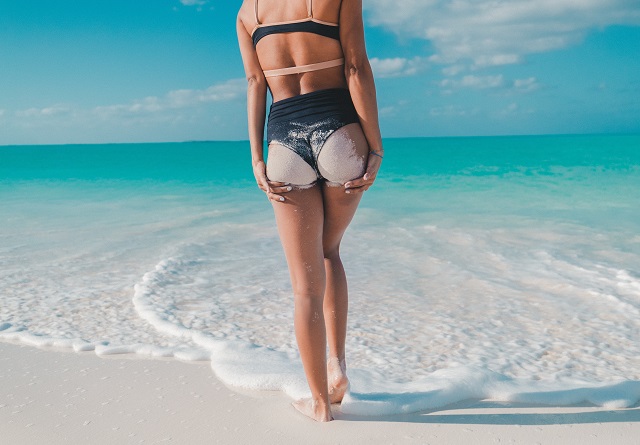 If I was to tally up all the money I’ve spent on self-help books, spiritual healers, therapists, dating coaches, prescription medication, holistic retreats, and crystals to attract all the good vibrations I desire, then I would probably have the money to go on that month long vacation to Europe I have been dreaming of—and not stuck in my bedroom watching repeat episodes of “The Office.”

Chalk it up to first world problems, but no matter how hard I try, I can never seem to get myself out of a rut.

I’ve felt this way since the first grade.

My inner child has blamed it on the mean girls at the ritzy private school I attended throughout elementary. My teenager blamed it on the acne that wouldn’t go away no matter how many remedies my mother and dermatologist had me try. And my now 20-something self blames it on my inner child for not sticking up to those evil girls when I had the chance.

It’s been a vicious white privileged cycle of self-loathing and hatred.

I have gone to seminars and chanted and clapped and hugged the random stranger next to me who would become my best friend for the next three hours. And then we would both go back to our lives and put nothing that we learned to good use.

It seemed that the more I searched for nirvana, the more I ended up knee-deep in sh*t.

And then I truly did get depressed. Not just the “woe is me” type stuff. I truly became numb. I didn’t become suicidal. I just didn’t care if I was alive or dead. Every day was the same. So, I got hooked on good ol’ Ativan. It’s basically the sister of Xanax.

I took far more than the dosage I was prescribed.

To put it in simpler terms, I was taking the same amount that would be needed to knock out a horse. But I built up such a dependency that I would shake after just hours of not having it.

I was a washed up cliché before I could even become a has-been.

It got so bad that my family did an intervention, and my brother flushed my pills down the toilet the week before Christmas. I was so out of my mind that I threatened to knife him in his sleep. I was a slave to a little blue pill. Yeah, withdrawal ain’t pretty my friends.

So, why am I sharing all this with you? Because I want to let you in on a secret.

There is no way to nirvana; nirvana is the damn way.

Life is gonna suck. But it needs to suck. Because, if it was perfect all the time, things would get boring real fast.

Think about high school and those popular kids. The girls who were prom queens and had every guy asking them out. Or the guys who made varsity and drove cool cars. I could bet, if they are anything like the kids that I went to school with, most of them are now divorced and peaked at the age of 17.

Because when things come easy, you don’t feel the need to work for anything.

Trust me, I’ve had my fair share of feeling entitled. But life has knocked me on my ass so many times that I might as well have a “kick me” sign permanently attached to my bottom.

But for every time I get knocked down, I have found a way to get back up.

I don’t know if I’ll ever be the “best” version of myself. I don’t even know if that’s something I actually even think is worth trying to be. I will never be perfect, and neither will you.

But, if I was to hold my own “Kristina Says” seminar one day, I think this is what I would like people to walk away with:

It’s Okay to Not be Okay.

You know how every time someone asks us, “How are you?” we all just give the vague and untruthful answer of, “I’m good.” Well, what if you were just straight up honest and told someone how you really felt? Seriously. For example, the other day my barista asked me this question, and I looked him straight in the face and said, “Well, this dude I’ve been seeing just ghosted on me and my AC just broke, so I’ve been better.” He stared at me like I was crazy. But hey, he asked! Don’t be ashamed to be real. Think about a world where everyone was just honest about stuff. A world where we had a president who showed us his taxes! That’s the kind of world I want to live in.

The Rule is: There are No Rules.

One day, you will die. Oops, was I not supposed to tell you that? Sorry, but as you read this your body is decaying. So stop giving a damn about how life should be lived and just do it your way. As long as you’re not hurting or abusing anyone, including yourself, go after what it is that you want. Because you could fail going after the thing it is you don’t want. So might as well give it all you got and follow your dreams. Cheesy? Sure. But the clock is literally ticking, so do you boo boo.

Comparing Yourself to Others will Only Make You Hate Yourself.

The reality is that there will always be someone thinner, smarter, wealthier, and so on, than you. And someone might even be all of these things at the same time. I’m not telling you this to make you want to crawl under your sheets. I’m saying it because worrying about someone else will never do anything to change your situation. Trust me, this is something I still cry about on a weekly basis, but then I remember that there are people who wish they had things that I have. And the same goes for you. And stop following those Instagram models. I promise you, they don’t eat that pizza. And all those amazing photos are because of this thing called Photoshop. Trust me on this one. I live in Los Angeles.

Stop Looking for Your Soulmate.

I recently did a searched the internet to see if anyone had sued Disney for false advertisement of love and Prince Charming. It turns out, Disney can’t be sued because it owns the world. But, we’ve all been brought up to believe some pretty insane things about love. Let’s take Belle for instance. That girl loves a man who enslaves her and sympathizes with him for acting like a complete asshole. Cinderella should have took that broom and whacked that stepmother of hers instead of waiting for her prince to come. Love is great. But it’s not what saves you. Only you can do that. No one else makes you whole. You were born that way.

Go with the Flow.

It’s a crazy and beautiful world that we live in. Some days, it seems to just be crazy. But if it didn’t have all this chaos and heartbreak, what art would there be? What songs would we sing? There would be no Hey Jude! And quite frankly, I don’t want to know a world without that song. So just go with it. Things get better. I promise. And then they fall apart. And when they do, have fun rearranging the pieces into something else. 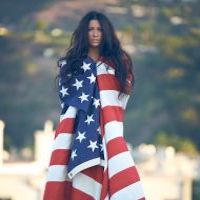