One Yoga Teacher was told by Another that she wasn’t doing “Real Yoga.” This was her Response. 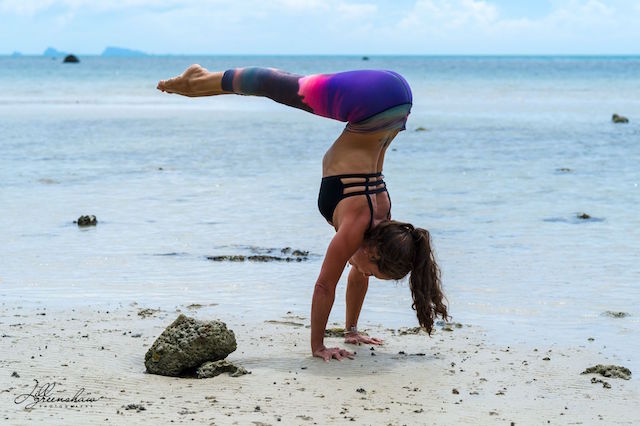 “Join me for a class with one of my favorite teachers. He teaches real yoga, none of this Vinyasa flow crap,” invites a brand new acquaintance at a studio I’ve been frequenting in my new neighborhood.

“What do you mean by real yoga?” I cautiously inquire, as a Vinyasa flow teacher eager to make friends.

“Oh, you know,” this relatively new, albeit very good teacher, conspiratorially says, as if we’re on the same team, “He’s been teaching for 30 years. It’s the real stuff. He knows his sh*t.”

Although I was un-yogically irritated at the claim that anyone’s yoga is more real than another’s, I was also questioning myself—what is real yoga?

Often, when just beginning to practice yoga, we gravitate toward a certain style and stick to it like gospel. I believe that each style was designed to perfection, and works as it’s meant to when followed as prescribed.

But as our practice evolves and advances, we find ourself assimilating knowledge gained from the masters and finding our own innate wisdom.

We gracefully make connections that didn’t seem to be there before. We learn to see, both inside and out, for ourselves—and along with that fresh clarity and perspective comes the capacity to create our own practice, to write our own yoga prescription, to define our real yoga, which likely differs wildly from that of the person on the next mat, and even from the person who was on our mat yesterday.

Sure, there are guidelines. In the beginning, there was Patanjali—the godfather. Patanjali described asana as just a balance between effort and ease. (Vinyasa translates simply as “to place in a special way.” With this in mind, it becomes irrelevant whether we flow through a sequence or hold poses for a specified amount of breaths when it comes to defining real yoga.)

The very first thing Patanjali said is that yoga is now. And we begin now, always now, by preparing ourselves with the first two limbs of yoga.

The Yamas and Niyamas are simple, yet profound, codes of conduct—guidance regarding cleansing our own bodies and minds to most effectively interact with ourselves, others, and the world around us.

Basically, they say: be clean, be gentle, and be kind. Don’t lie, cheat, or steal.

Don’t steal someone else’s confidence to practice yoga their way, knowing that you are unlikely to fully understand what led them to be this version of themselves at this moment, or where their definition of real yoga originated and how it has evolved.

Just as all living things evolve, so does the yoga practice. As teachers, don’t we have a responsibility to encourage students to practice—practice in the sense of doing whatever it takes for them to place their mind, body, and soul, in a special way—a way that will nourish and inspire them now, at every point of their evolution?

It’s a blessing that yoga is trendy, that there’s an entire fashion industry built around the ancient science, that you can go anywhere and access yoga in some form.

This popularity aspect is what has brought so many to the practice—students who may not have otherwise stumbled across this consciousness-expanding lifestyle that’s only recently become less elusive, had Instagram not poked them in the eye!

So let’s illuminate and celebrate their dristi rather than further clouding it by criticizing their choice of yogic style or personal definition of real yoga.

Now, Miss “Real Yoga,” I look forward to being your student, to learning more about your current version of real yoga.

But after class, I probably won’t stick around to hear your limited opinion of mine—I’ll be out flowing! 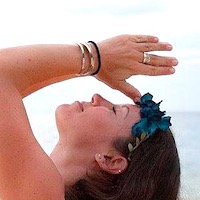