The “Cutest Movie of 2017” is a LGBTQ Love Story—but its Lesson has Nothing to do with our Sexuality. 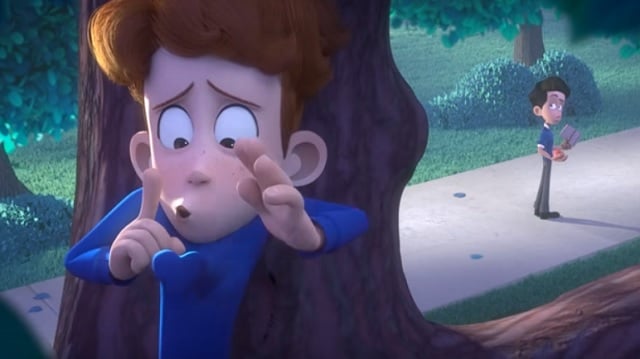 “Every child should watch this.”

“This is so incredibly wrong and is not how the world should be, and I’m disgusted that this was made, and showed to other people. It’s not natural to have your heart fly out of your chest.”

“In a Heartbeat” has had over 27 million views on YouTube, and the reaction from viewers has been mixed.

The four-minute-long film is Esteban Bravo and Beth David’s final computer animation thesis for Ringling College of Art and Design in Florida. It tells the story of Sherwin, an adolescent boy trying not to lose his heart to his handsome schoolmate, Jonathan.

The fact that this short film is animated makes the topic of homosexuality accessible to children. It could be a great tool for parents and teachers, offering an inviting cue for children to open up about questions, insecurities, and fears they have in relation to their identity—sexual and otherwise.

In its brevity, the movie also makes coming out seem like not such a big deal. It’s quite feel-good, actually. Apart from a few frowns from a couple of by-standers, there is not a single moment where we get to see the bullying, shaming, or even physical violence that gay kids actually risk by coming out. It might be for this reason that some people have already been asking for a sequel.

The amount of attention (and criticism, for such an innocent little animated film) it has received on social media shows the reality many LGBTQ people face when coming out. But, it’s also received a lot of love, and this is not just because of its adorable factor or the more obvious storyline about a gay kid struggling with coming out. There is actually another, more universal underlying theme, a powerful lesson for all of us—and it has nothing to do with our sexuality.

The story shows that it is normal to struggle with our feelings, but that going with our hearts, even when we’re scared, might lead to something beautiful.

The story has three characters: Sherwin, his heart, and the object of their desire, Jonathan. But it’s Sherwin’s heart who has the most prominent role—almost bigger than Sherwin himself. When Sherwin falls in love, his heart comes alive and jumps out of his chest, taking on a life of its own.

With the heart in the lead, we see how our feelings can drag us out of our hiding places, where we’d like to stay out of fear of the unknown, failure, rejection, loss, shame, or being ignored. How often do we bottle up our hearts’ desires—not following our dreams and passions? Instead, we stay where we are—where we feel safe—-because it seems easier than venturing out into the unknown.

Sherwin is so scared of allowing his heart to go after his desire that he tries to push it back into his chest. But his heart keeps popping out, dragging Sherwin along in its quest.

How many of us have kept a tight rein on our hearts under the pressure of our parents’ or peers’ expectations, or cultural taboos? Who hasn’t been pained by difficult choices between following our passion and obeying the call of “common sense.” How many of us would be doing different things right now, living in different places with different people in our lives, if we had given our hearts free rein?

This is something we’ve all experienced, regardless of our sexuality.

Whether it is about allowing ourselves to truly love someone, or wholeheartedly pursue a career, or follow some other passion, ignoring our feelings can really be detrimental to our happiness and well-being. So many of us are living broken-heartedly because of this (though maybe not as literally as in the film).

What this short movie reminds us is that our feelings, passions, and dreams have power, and that they might well be right.

Coming Out of the Closet. 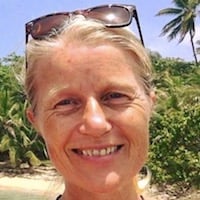 Leontien Reedijk is a body and energy worker and autodidact yoga teacher with an artistic streak and a love for words. Being her own boss, she has plenty of time to contemplat… Read full bio