15 Quotes from the Past that are Eerily Relevant Today. 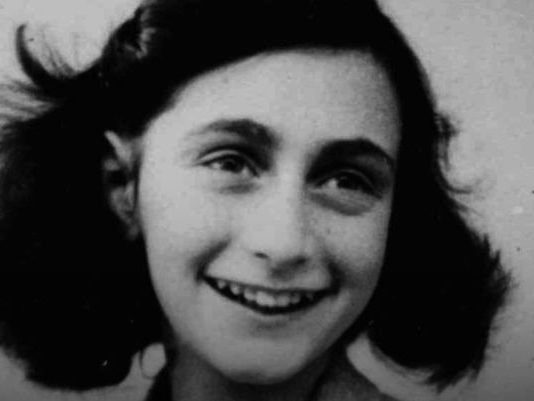 “I can not do everything, but I can do something. I must not fail to do the something I can do.” ~ Helen Keller

In the wake of recent events, many of us are struggling to reconcile our idea of America with the stark reality of it.

We’re looking around at a country that has grown unrecognizable to us.

Others are struggling with the knowledge that the injustices they’ve always seen continue. They feel heavy with the understanding that the work of social justice must continue as long as the hate does.

Hate doesn’t bother to hide itself under a hood anymore.

Instead, in Trump’s America, it shows up with tiki torches—likely acquired from the local party supplies store—to incite fear and scream hatred. And, as always happens in these cases, death follows. In this case, three deaths and many injuries resulted from the hate rally in Charlottesville, Virginia.

It’s hardly an isolated case of hate showing its face under this administration. Attacks on mosques and Jewish community centers have increased, and there’s been a rise in reported hate crimes. This administration has been working hard to roll back protections on the LGBTQ community, women, and minorities. They have sought to change the very foundation of our country by changing immigration requirements and separating families with increased deportations and immigration raids.

When facing an uncertain future, it’s best to take stock of our past. We can learn from history if we pay attention to its lessons. One of the most notable examples we have in our past is the Holocaust—a haunting past most of us hope never happens again. In fact, the Anne Frank Center for Mutual Respect strives to bring awareness to social injustice in order to make sure #NeverAgain is a reality and not just empty words.

Here are 15 quotes about the Holocaust that are eerily relevant today. Hopefully, we can learn from them and go forward into a future that looks nothing like this dark past.

1. “I swore never to be silent whenever and wherever human beings endure suffering and humiliation. We must take sides. Neutrality helps the oppressor, never the victim. Silence encourages the tormentor, never the tormented.” ~ Elie Wiesel, Holocaust survivor

3. “Monsters exist, but they are too few in number to be truly dangerous. More dangerous are the common men, the functionaries ready to believe and to act without asking questions.” ~ Primo Levi, Holocaust survivor

4. “The Holocaust illustrates the consequences of prejudice, racism, and stereotyping on a society. It forces us to examine the responsibilities of citizenship and confront the powerful ramifications of indifference and inaction.” ~ Tim Holden

5. “In spite of everything, I still believe that people are really good at heart.” ~ Anne Frank, diarist and Holocaust victim

6. “The Holocaust also shows us how a combination of events and attitudes can erode a society’s democratic values.” ~ Tim Holden

8. “The question shouldn’t be, ‘Why are you, a Christian, here in a death camp, condemned for trying to save Jews?’ The real question is ‘Why aren’t all the Christians here?'” ~ Joel C. Rosenberg

10. “What I want you to take away from my life story is just how important it is to defend your freedom, at all costs. Experience has shown me that if you lose your freedom, you are condemned to fail.” ~ Leon Schgrin

11. “Apartheid was legal. The Holocaust was legal. Slavery was legal. Colonialism was legal. Legality is a matter of power, not justice.” ~ Chris Rock

12. “The duty of the survivor is to bear testimony to what happened. You have to warn people that these things can happen, that evil can be unleashed. Race hatred, violence, idolatries…they still flourish.” ~ Elie Wiesel

13. “Look at how a single candle can both defy and define the darkness.” ~ Anne Frank

15. “Let us remember: what hurts the victim most is not the cruelty of the oppressor, but the silence of the bystander.” ~ Elie Wiesel

The lessons of the past call us to speak out, to choose our roles now:

Will we be victims, perpetrators, bystanders, or social justice warriors? There are no other options. And bystanders are as complicit as perpetrators, doing harm through their silence and denial, through their refusal to fight for any cause other than the ones they see as their own. And when bystanders sit back and watch history unfold, they forget that we are all human, and every assault on human rights is an assault on us all.

The far right, in particular, has expressed concern about government over-reach and the government coming for their guns, and yet they fail to recognize how the government often comes after the basic human rights of other groups of people.

Does it only matter when it impacts our homes directly? Have we distanced ourselves so much from others that we don’t even recognize that their rights are as important and as necessary as our own?

In the face of human rights violations and hate rhetoric, political parties fall away. They become insignificant. The only question that remains is this: what will we choose to do when faced with injustice, with racism, with hate, with violence? Will we firmly oppose it, standing up for others as we would ourselves? Or do we stand guilty by association in our silence, advocating for hate with our refusal to denounce it? We must choose now what we will do and keep choosing because the world is watching, and history will most certainly judge us for our part in the present.

Charlottesville is an indictment of our country and a call to it—this is happening; this is the country we live in. We must choose wisely and choose well to answer this indictment and this call to action before it’s too late.

5 Must-Read Quotes regarding the Tragedy in France.