Oxytoxic: When Good Sex Bonds Us to the Wrong Guy. 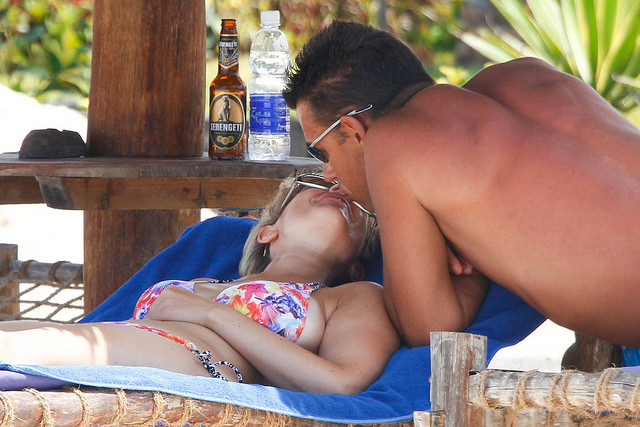 It’s a well-known fact among psychologists and neuroscientists that oxytocin—a hormone found in the brain, is responsible for the feelings of attachment and bonding.

It’s often called the “love hormone” and is released during sex, birth, and breastfeeding.

Even simple acts like hugging and kissing can detonate this powerful chemical.

When we orgasm, we are flooded with oxytocin. It can make us trust people we barely know despite our better judgment.

If there were ever a shortage, I have enough oxytocin to power a city. It’s why hooking up too soon gets me attached and I lose all objectivity.

Last July, I found myself in a romance with Paul, a good looking Swiss-Ecuadorian kite surfer. Our first date took place on Miami Beach. Paul brought coconut water, vodka, a blanket, and his speakers. We talked under the stars. He told me about his three marriages. He was starting over at 47 as an artist and energy healer, and wasn’t sure he ever wanted to marry again or have any more kids.

It started to rain. We grabbed our stuff and hid under the lifeguard station. Paul took me into his muscular arms and wrapped my legs around his waist. Between the the tantric make out session and the binaural beats playing in the background, Paul’s life story—with all of its red flags—was eclipsed by my desire.

I loved our connection. But on my drive home, I began to panic. Paul was not a good candidate for what I really wanted, which was to get married and have a baby. I froze my eggs at 38 and have nine embryos parked on a shelf in some refrigerator, ready to thaw as soon as the right guy shows up.

The voice of reason was marred by the other, oxytocin-laden one, which said, “Live in the moment. Paul is a gift from the universe. Enjoy him…until the right one comes.”

I don’t know what made me think I could just enjoy him. Many years ago, my first therapist told me that I’m an HSP—a highly sensitive person. “You have to accept that you’re wired differently than many people. Your nervous system can’t handle casual affairs.”

It’s true. When my mind, heart, gut, and vagina aren’t all on board, I become an emotional mess. I worry. I ruminate. I feel drained. I lose sleep.

And, I’m a feng shui consultant and a psychotherapist. I make my living helping people align their lives with their true intentions. When I’m not aligned with mine, my income takes a hit. It’s a crappy predicament, but it’s probably the way my higher self communicates to me that I’m off track.

I envy women who can have short, romantic interludes with lots of mind-blowing sex and just walk away unscathed. To me, they are an alien species. They are the sociopaths, narcissists, avoidant-attachment types, and the highly spiritually evolved who live in a constant state of non-duality.

None of them are me.

Things stayed casual with Paul for a total of three weeks until we started having sex. The more we had sex, the more I wanted him to be “the one.” I started the onerous task of justifying his crappy behavior and trying to fit him into the mold of Mr. Right.

“So what if Paul doesn’t want to walk my dog when I’m late for work. He’ll grow to love my little pooch.”

“So what if Paul forgets to check in with me on the days we aren’t hanging out. I’m probably asking for too much.”

“Yes, he still has a photo of his ex-girlfriend on his night stand, which is really bad feng shui and probably points to a lingering attachment to her, but maybe he just forgot. ”

After a few months of Paul being Paul, and with no change in sight, I started blowing up my friends’ phones.

I said, “We went to a party and he bought himself a drink and forgot to buy me one.”

“He didn’t forget,” said my friend Jamie. “He doesn’t have any money. Do you want to end up with a guy who can’t afford to buy you a drink?”

The obvious answer is: No. Of course not. The logical, rational me knew that Paul wasn’t the one. So why was I still there?

Because smart women do stupid things. Especially when the sex is good and emotions run high.

Six months into it, my friends stopped taking my calls. They were sick of my complaints and were ready to kill Paul.

I needed a major intervention. I left for Georgia on a 10-day silent meditation. I walked barefoot on the beach. I danced in my living room. I journaled. I broke up with Paul.

I cried for months after the break up. All the while thinking, why am I crying so much?

When we have sex too quickly, it’s hard to discern between the chemicals that bond us to our lovers from healthy feelings of safety and affinity because our lovers have proven themselves worthy of our love.

A few weeks ago, a guy walked into a workshop I was teaching. He seemed a match on so many levels: whip smart, soulful, successful, world traveler, and attractive.

A few magical dates later, when he wanted to make love, I hesitated. I told him I wanted a real connection first. He told me that he really, really enjoyed me but wasn’t in a place in his life where he was ready for a real commitment.

I took pause. A very long pause. I knew where this train was heading: oxytoxic. It was time to disembark. 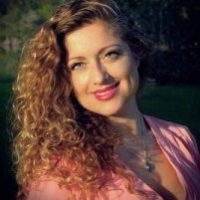