4 Ways I Stepped Up My Game & Made my Wildest Dreams Come True. 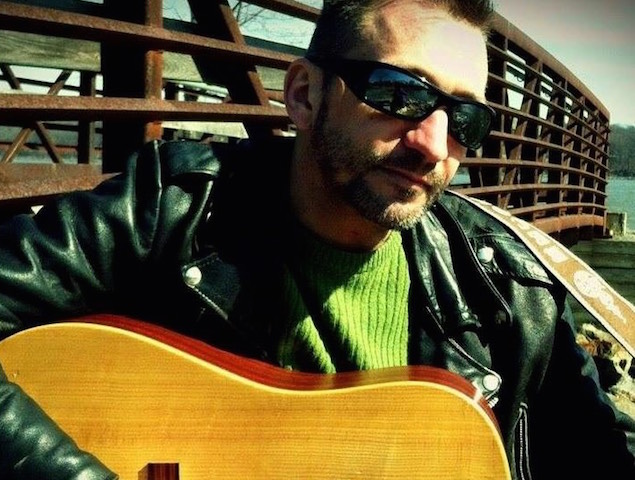 I realized as I sat down to write this—as honestly as possible—that I need to start my story with a disclaimer.

I don’t expect nor advise everyone to do what I have done in the past few weeks.

My actions have been risky—not everyone is up to playing at this level. However, if you have reached a point where, day after day, your prospects are looking bleak and you don’t feel passionate just for being alive, you may want to take heed.

I have been immersing myself in motivational and positive materials quite seriously for about three years. Since that time, I’ve enjoyed some tangible successes in my life. I get paid to perform music quite regularly, I publish my writing every week, my credit rating is good, there’s financial abundance—all of them are exponentially better since I began my journey.

Recently, however, a change occurred inside of me. I gave myself a few moments to feel good about everything I had accomplished up to that point. I sat in meditation and wondered if I could possibly turn on the juice a little more. The answer came back as a resounding “yes.” So, I decided to seek out a life coach.

Initially, I thought to take a few sessions with this person and learn what I could, and then do the same with someone else—just simply to absorb all the information I could get my hands on.

When I called my coach, she offered an entire year at a cost that scared the hell out of me. As a matter of fact, it was the kind of number where anyone who doesn’t come from a wealthy family might just think, “I’ll just let them finish their spiel and politely hang up.” I actually did just that.

It wasn’t too long before I was completely consumed with the thought of, “If not now…when?”

Anyone who has ever been faced with the “logic” of whether or not to bring a child into the world might be able to identify with this place where I was headed toward. It’s that feeling where you realize that rationally, you have no leg to stand on when defending your position. What you have is your gut. Some burning thing inside of you telling you that you need to put your own back to the wall right now—or you will never do it.

There’s an old saying, “If you want to take the island, burn the boats.” In other words, don’t let retreating be an option at all.

So again, playing at this level is not for everyone. Let your gut, that burning voice inside of you, guide you. If you do, however, feel like this is your time to give it a shot, remember these four things along the way:

1. Expect obstacles. Obstacles will appear as soon as you have decided to start living your dreams. I’ve read books in the past that have described this phenomenon and I’ve always regarded it with a quiet comprehension; but when the motor seized in my seemingly healthy car, the day after I maxed out my credit cards and signed the contract with my new life coach, it took on a whole new meaning to me.

2. Get unreasonable. I’m pretty sure there isn’t a single person who has seen their wildest dreams come true accidentally. Whether it is getting the man or woman of your dreams to love you or whether you crave mansions, yachts, and a star on Hollywood Boulevard—“realistic” goal setting will never take you there. The one and only thing that Gandhi, Mother Teresa, Rosa Parks, Jim Carrey, and Bob Dylan have in common–aside from the fact that they are all recognized universally throughout the modern world—is that they set unreasonable goals.

3. Lift those spiritual weights. Every single day. Let’s face it: Unless you plan on living under a rock, you are going to be exposed, usually seven days a week, to the negativity of social media, the television, the radio, and your friends and companions who will all be concerned about what you are trying to accomplish. Don’t be surprised if they even hire a mediator and plan a full-on intervention!

The only way to beat back this kind of weighty gravity is to keep the audio books rolling, the CDs playing, the articles coming, and if it’s at all possible, find yourself a few people who believe in you and will support you. If you can’t find them immediately, seek them out. Even if you have to keep introducing yourself to like-minded people online or at mindfulness seminars, just do it. Be persistent. Also, don’t forget to get quiet and try to meditate—even if it’s just five or 10 minutes a day. You need to get it all shushed for a little while so you don’t lose focus.

4. Practice gratitude. Whether you do this in your car on the way to work or as you do your exercise routine in the morning, you absolutely need to perform this task every day—or none of this other stuff can work. Envision yourself living the life you are trying to create. This cannot be an intellectual exercise.

You actually need to get your emotions to believe in you. See yourself driving down Mulholland on your way to the movie studio, or at your book signing in an Upper East Side Barnes & Noble. As you do this, thank the universe in advance for bestowing this incredible life upon you. Get giddy with excitement. This is a tried and true method, so as I said, you’ll want to do this every day.

Obviously, it will help to become incredibly competent at what it is you’re trying to shoot for. Actors need great acting chops, writers need to know how to write well enough to enrapture their readers—however, it has been said that success is only 20 percent mechanics and 80 percent psychology. I believe this equation like it is the gospel truth.

I think everyone knows someone who is better at something than anyone they have ever met, and yet, this person still has to sweat to pay rent every month. So, my advice is by no means “magic thinking.” When you allow your passion to consume you, you will obtain uncommon results—simply because stepping your game up to this level is—let’s face it— unusual.