Here’s why Elephant will go away if you don’t do This—and if you do This, we’ll continue to survive & thrive.

Here’s how to help:

If you want to keep Elephant around, please help us by subscribing free to our daily newsletter.

—every time you read it or share an article, you keep us alive, our editors paid, our best consistent writers paid and y/our community and mission alive. 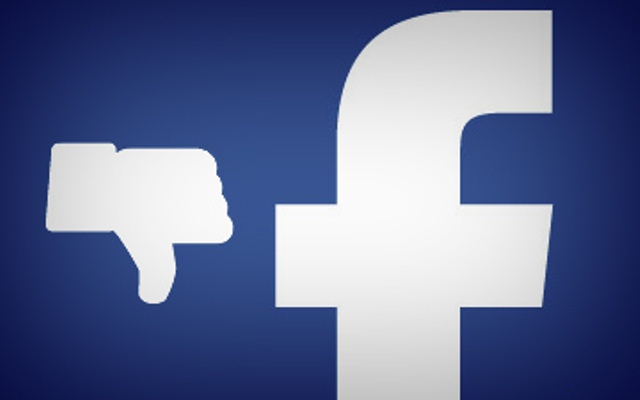 Context, for those who are curious, follows:

Dear Facebook, do not f*ck further with my newsfeed.

“The Facebook explore tab killed 66% of our traffic. Just destroyed it … years of really hard work were just swept away. It has been catastrophic, and I am very, very worried.” ~ another site

Facebook’s algorithm changes is killing Elephant and every other site out there, right now. (read my explanation in more detail at bottom, if so inspired)

Our readership has already dropped by 85%, and now Facebook says they’ll hide all news in a separate feed. Keep us alive: sign up free at elephantjournal.com/best

For those folks complaining that we charge a humble $2/month, we’ve offered free articles and then if you want more a subscription for 8 years.
I hear those of you who think we should be 100% free, but value what you value–so we can pay editors and writers to do good work for you!
If you don’t value what you read, it will go away and as they say, if it’s free, you’re the product. Facebook views us as the product. Elephant views you as a human who needs and wants good quality things to read to help your life.
We offer 2 articles for free a day that our editors (who we pay) edit and our writers (we pay our best who are consistent) write.

If you don’t value Elephant, then enjoy the free articles, really, that’s great! But we don’t ask you to work for free.

Effect: citizens everywhere stop (seeing and) reading journalism, mostly—but a few seek it out, and subscribe so their favorite publications stay in their life absent Facebook notifications.

Effect: 75% reduction in readers, ad revenue, journalism lays off 50% of staff, but gains slightly more subscribers, and use of Facebook plummets as folks get sick of hearing one sentence updates from one another, killing FB ad revenue.

Effect: Facebook once again prioritizes and protects journalism, as it did up to two years ago.

This should happen right after the next election, enabling President Trump to win again with the help of Bernie fans (of which I am one) and other idealists (which I am not not) who would rather protest vote, or not vote, than vote for a moderate candidate who believes in climate change and not grabbing women.

Solution: publications, large and small, starting now, but invest in their own platforms, creating community not just one-time readers. Elephant has been doing this for two years, and we call ours the Ecosystem. Create your own networks. In addition, AP, Reuters, NY Times, Wall Street Journal, New Yorker, Wash Post, every paper in the US and world, Economist, Atlantic, NBC, ABC, CBS, CNN, Elephant, etc etc.—all band together and create a non-profit platform for all publications that practice journalism, creative writing, humor—anything but fake news and overly partisan reporting unless labeled opinion—and readers hear about and flock to this vast platform. A board of journalists and writers guide editorial decisions and it’s free, or affordable, to participate. The mission is not money, the mission is, as Jefferson said, to offer education on facts that we can all agree on, and argue about civilly.

“Without a well-educated citizenry, a democracy can not function.”

Some of my comments in reply to questions I’ve been asked about Facebook, recently:

Facebook is the player, and this will affect all journalism and quality publications in the way a hurricane effects some island in the Atlantic, can’t remember which, haven’t read (or seen) New York Times since that recent Facebook change…
Well, to be fair, for years Facebook’s policy was to protect quality content, including journalism, so readers would come back for more. That changed two years ago or so with the announcement that “Aunt Sally’s” post about cookies would take priority, which is when fake news (which was the only thing that could really get through the algorithm well) bloomed.
Do you think any business or government that affects millions and millions and millions of people—has any responsibility to that society?
My answer is “yes.” You?
Even if the answer is no, if all they care about are quarterly profits and shareholders, then then have a responsibility to make sure their users have quality content to keep coming back for.

No big deal, just the death of journalism via Facebook even as Russia/fake news continues to haunt Mr. Zuckerberg.

It’s just crazy to me that they wouldn’t see that journalism and quality content, fact-based, is vital to the societies they want to monetize. Ain’t so easy making money off “likes” in Armageddon.