Why the Ideal “Alpha Male” is a Fallacy. 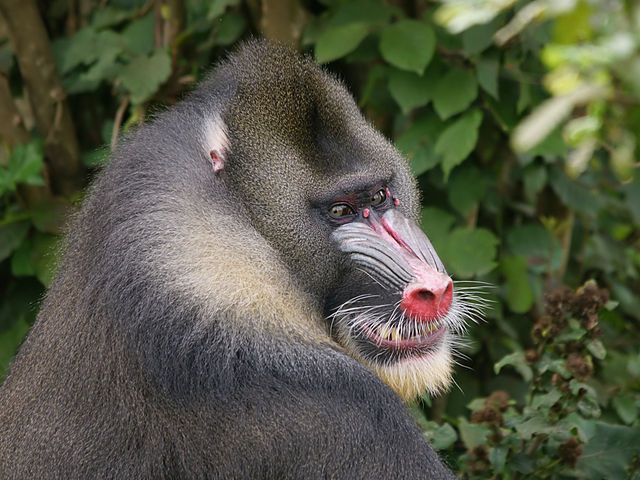 In many cases in nature, it is not the strongest males who become the most successful.

And in line with this, the ideal that many of us believe we should naturally live up to is often one that is slightly unachievable.

The idolization of the “alpha male” is a part of our cultural conditioning and, from what studies of the natural world disclose, it is proven incorrect.

I was sitting with a man last week who told me how the pressure he felt to be the dominant person in every scenario was overwhelming. He said he felt regular anxiety and isolation because of this.

This was not the first time I had heard a man tell me about the weight of living inside of this type of pressure, and it hit me as something that needed to be questioned. I have grown to understand, in my own life, the importance of being able to transverse between force and ease—acting powerfully and also opening gently—and I have seen success with this with my counseling and coaching clients, too.

In dealing with others and the world, the ability to surrender and also to lead yields more productive and healthy outcomes than relating in a static manner of just one way or the other.

We have traditionally believed—and still do (even if these days we only whisper it in secret)—that there is a place of power that men should hold or always be striving toward. However, this “ideal” place we have agreed upon as an ulterior motive is a lie.

(On a sidenote, we have also held onto the idea that women should primarily be yielding.)

I say this with the utmost respect, acknowledging that there are those who are evolving past these constructs. However, the majority of us are holding onto the ideal of the “alpha male”—even those of us who pretend not to.

When I am feeling tired, in a teeny part of my heart, I grasp at a fantasy of a person in my life who might take charge regularly, decide all the “big” decisions for me, pave the way, and provide my basic needs for protection—always. But, I realize that this sounds uncannily like the description of a god. Does it not?

Have we, as a culture, unwittingly created a new religion—one in which men are meant to be gods?

That’s a lot of pressure!

Let’s question who this man is that should be the boss consistently? Is he the same man that can come home and caress his children and be touched gently by his partner? If yes, how does that transition happen?

Can the tough “alpha” talk sweetly and passionately when he desires? No, an “alpha,” by description, must be dominant consistently.

I’m drawn to nature regularly, and it teaches me many things. One thing I know from observing and studying the natural world, is that the sovereignty of the “alpha male” is a fallacy. Many females in nature dominate. Females are often the ones who control mating decisions, who choose the nest, who have multiple partners, and who work outside of the home.

There are certain animal tribes, like the bonobos residing in the Congo, in which the females dominate to reduce male aggression. And then there are the groups of octopi, killer whales, spotted hyenas, and honeybees in which the females assume the “alpha” role simply because it makes sense in their systems.

It’s curious that as human animals, we have historically decided to see women as needing an “alpha” in order to survive.

Another interesting question is: do human women need an alpha male? Or is it men who feel they need to live up to their male peers and societal ideals that keep this falsehood going?

Maybe I’m different, but I don’t think that encouraging one way of being will help us evolve into happier and healthier individuals. It is in the ability to be dynamic people, feeling and expressing the many sides of our humanness that we find our peace and harmony. In the Buddhist lineage I study, we call this “the middle way.”

Many people want a partner who can hold their own, who can make decisions, and who can support us when we’re down. But, this does not mean we search for an “alpha.” This actually means we want to partner with an adult.

Desiring to be with an adult means that we become one ourselves, and we learn to take turns playing these different roles. We realize (as nature demonstrates) to move through the world in the best way possible, we must be a mixture of things.

I’m certain—and have done my groundwork on this one—that the ideal man is not primarily dominant, just like the ideal women is not primarily submissive. It’s a myth to hold onto these limiting perceptions. What is appropriate, though, is understanding a new label for us. Perhaps we will call ourselves “equals” instead?

Let’s leave gods to their places. Let’s allow people, instead, to be whole and real.