How Far Would you Go to Protect your Reputation? 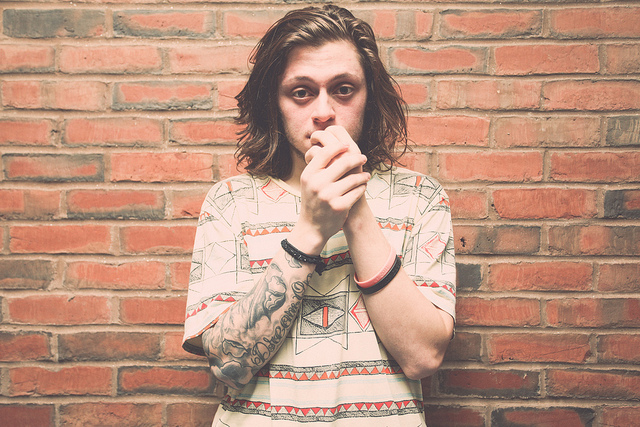 In a recent study published in the journal Social Psychological and Personality Science, researchers investigated the reasons why we so intensely protect our reputations.

In 1943, in his paper “A Theory of Human Motivation,” Abraham Maslow wrote about what he called the hierarchy of needs—a motivational theory that says that the need for self-actualization is deep-seated in the human psyche, but only after basic needs, such as food, shelter, and safety are met.

My question is, is this theory still relevant today?

We now live in a world where everything we do is very likely being recorded by video, photo, story, facts, or rumor—and all of these can circle the globe in minutes.

Have we become so extremely protective of our reputations because they can so quickly and easily be destroyed?

Andy Vonasch, a psychologist at the University of North Carolina at Chapel Hill conducted a survey pertaining to reputation on 111 volunteers. Here are some of the more interesting survey results:

>> 40% said they would choose a year in jail and a clean reputation over no jail time and a criminal reputation.

>> 70% said they would choose to amputate their dominant hand, rather than have a swastika tattooed on their face.

>> 53% said they would choose immediate death over a long life as a suspected child molester.

>> 30% said they would take immediate death over a long, happy life followed by post-mortem rumors of child molestation.

To bring the survey into a possible real-world experience, white college students were given a survey to measure implicit racism. The students were then given the choice between having their scores emailed out widely, or putting their hands in a very creepy looking bucket of superworms.

There’s no doubt that a scar on one’s reputation can be a scar for life. In Saudi Arabia for example, if someone is caught stealing, they have their hand amputated, branding them for life as a criminal. In America, a criminal record will follow you around and tarnish your reputation for life. Even if you’ve completely transformed—a reputation can precede you.

How did we get so addicted to our image, our reputation? Is it only now so extreme because of the transparent world we live in with the worldwide web? Let’s look at what Ayurveda has to say about this.

A main theme in Ayurvedic psychology is, “Don’t be attached to the fruits of your actions.” The fruits of our actions represent a reward in the form of hormones, such as dopamine, that leaves us wanting another reward. The money, power, fame, success, sex, gambling, food, sugar, caffeine, love, shopping, social media likes, and popularity that we cherish as part of our modern world, drives us to want to see the fruits of our actions.

Recently, a group of war veterans were given the Congressional Medal of Honor, and many of their stories were told publicly for the first time. The overwhelming theme with all of these war heroes was their unanimous humility. They were not seeking attention, approval, or a reward.

Perhaps the best example of this was with medic a named Captain Gary Michael Rose, who never spoke or bragged to anyone about the event he was being recognized for over decades, not even his family. His fellow soldiers told stories of him repeatedly carrying injured soldiers on his back with his gun in the other hand. He saved dozens in a four-day battle, carrying the wounded to helicopters while under fire. Talk about not being attached to the fruits of your actions!

According to Ayurveda, the way to not be attached to the reward hormones and a life of needing approval, love, attention, or outward praise is to engage in giving fully from within. This is called “subjective referral,”—where we function from our deepest and most sincere sentiment, with no concern of approval or a reward.

Our overly sensory-stimulated culture has trapped many of us in an opposite behavior called “objective referral,” which is when we act based on an object or something external to us, and a desire for the fruits of our actions.

Random acts of love and kindness with no concern for a return on that investment represent the highest good. From this place, the reputation takes care of itself.

> Learn much more about the principles of Ayurvedic Psychology here.