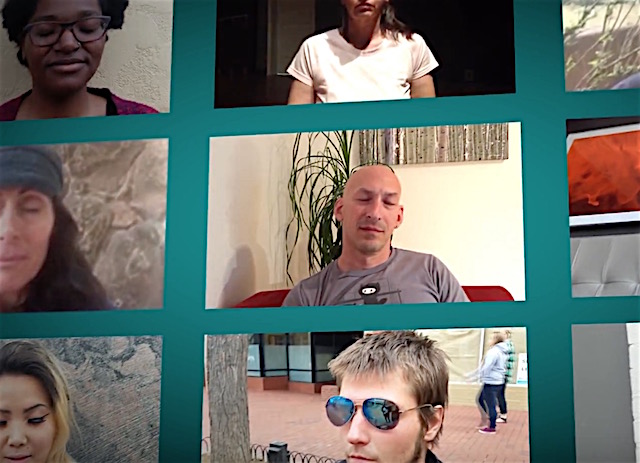 It’s a goddamn mess out there. But, listen, there’s something we can do about it. It’s easy. It’s fun. And it can make a real difference.

It’s called Breathe 11:11, and it involves taking a deep breath, making a heartfelt wish, and connecting with others at 11:11 daily. At the core of this experiment is a free app that chimes at 11:11 as a gentle reminder to engage in this practice. But, it’s so much more than that.

Breathe 11:11 aims to catalyze a movement to align the frequencies of like-minded individuals who want to ground light on the planet in these dark times. It’s a form of spiritual activism, which means taking time to cultivate in ourselves what we want to manifest in reality, such as love and hope and peace. Already people from over 30 countries are participating—and ideally, by 11.11.17, the movement will be bigger than ever.

It all started many years ago when we, the authors of this blog, each started seeing 11:11 on the clock on a regular basis. The striking visual symmetry of the four vertical lines kept capturing our attention. At first, it was no big deal, but when we both continued to see these numbers, sometimes twice a day, it really felt like a tug on our sleeves. It was as if something was trying to get our attention—but what? And why?

Then, it wasn’t just the clock anymore. It was also receipts, license plates, addresses…kinda spooky, but kinda cool.

We didn’t really understand what this was all about, but we felt instinctively that it was positive and reassuring—like a wink from the universe that we were somehow in the right place at the right time. Since this was happening to both of us, we decided that every time one of us would see 11:11, we would pause, take a deep breath, and share a mindful moment. It was a simple but powerful practice.

Upon doing minimal research, we discovered that there are millions of people around the world who also see 11:11 regularly, and oftentimes intuitively make a wish. Even Ellen Degeneres has spoken about the phenomenon on her show:

People have varying interpretations of what this means, but it’s always hopeful—even magical. It turns out 11:11 is a massive worldwide phenomenon that, unbeknownst to us, we were already a part of.

Numerologist Felicia Bender says 11 is a “Master Number called the dreamer, rather than the doer. When we begin to notice 11:11 and work with this particular frequency, it’s asking us to slow down and begin to notice the nuances and textures of life. It helps us find deeper meaning in our lives and discover what we are here to do. Once we start noticing, it’s impossible to stop.”

(Plus, November 11 is also Veterans Day in the United States, which is already an important time for introspection and gratitude; and it happens to also be Singles Day in China, when everybody buys things they don’t need and tries to find a mate—betcha didn’t know about that one! And, we learned from Stanford Professor B.J. Fogg that Tiny Habits such as Breathe 11:11 can create big shifts in our lives.)

As you can see, 11:11 has taken over our lives. Which brings us back to today. We don’t want to be explicitly political, but let’s just say, it’s been rough. We have felt defeated. Powerless. Scared. What can help? We don’t know for sure, but it seems like 11:11 is worth a shot.

Want to play along?

Check out the free Breathe 11:11 app (Version 2.0 available now on iOS, version 1.0 available now on Android) and try this: when you hear the chime, slow down and take a deep breath. Go inside yourself and imagine a better world, one filled with kindness and compassion. Take another breath and remember that others are making similar wishes in the same moment, and as a result, we are amplifying each other’s intentions. You can ask friends and family to participate so you can tangibly feel their love at 11:11, or just feel a connection with people you don’t personally know who are also doing this practice at the same time.

Take your time and as many breaths as you’d like—this practice can even last into the next minute.

If you’re on iOS, check out the map to see where everybody is who has downloaded the app—we’re everywhere!

If your phone chimes in a public place, invite those nearby to join you. Many have already told us the chime has broken up office tension on otherwise stressful mornings. If you’re in a coffee shop and you hear another person’s 11:11 chime, smile at that person and consider making a new friend. Whatever your experience is, we hope you’ll agree that it’s optimistic, synchronistic, and curiously profound.

The more of us there are, the more impact we will have.

At worst, this will be a fun activity that keeps our attention for a while and then falls by the internet wayside. At best, it will tune us all into a higher-aligned frequency to change the power dynamics on this planet and harness our collective energy as an unstoppable force for good.

“11:11 is the universe knocking itself out to give you evidence of your alignment.” ~ Abraham Hicks

Synchronicity & The Connection to 11:11—Listening to Signs from the Universe. 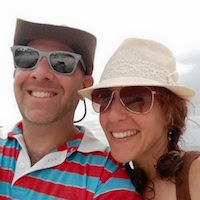