The Worst Travel Advice I ever Received. 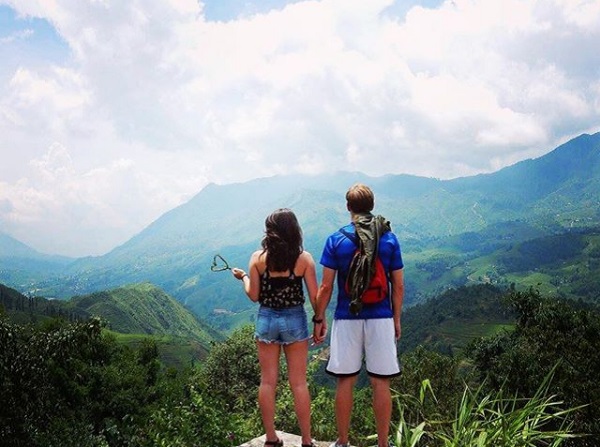 The response I heard most frequently before traveling to Asia for the first time was, “Protect your valuables. You have so much more than they do and they’ll want what you have.”

At that time, everything I owned fit in the back of my car and, if someone needed my things more, I was happy to give them away.

This reaction felt curious to me, especially from people who had either never stepped foot off North America or hadn’t traveled in decades.

It reminds me of a concept I learned in one of my British Literature courses in college: contact zones. It refers to the social spaces where cultures meet, clash, and grapple with each other. In that space of culture shock, we tend to objectify what is unfamiliar—entering an “us versus them” mindset—and only see the differences between our ways of life rather than fully experiencing the culture exactly the way that it is.

In other words, we have a kind of cognitive dissonance, or extreme mental discomfort, that we try to mitigate by putting everything back into comfortable schemas.

My favorite book of all time, Heart of Darkness by Joseph Conrad, shows this concept to an extreme.

In our worldly affluence and greediness, we have denoted more indigenous ways of life as “savage” or “impoverished,” with our ancestors colonizing or fighting wars under the guise of bringing the “light of democracy, Christianity, and civilization.”

Essentially, we tend to think everyone should live like we do or else they aren’t as “evolved” or “civilized.” This preoccupation with material and superficial possessions is why I kept being met with the advice to guard my valuables and protect myself from pillagers.

To put it simply: that is total and utter bullsh*t.

I could recount numerous moments from my travels that melted my heart, but one in particular stands out:

My now-husband and I found ourselves on the precipice of a 7,000-foot mountain, just a few days after Christmas. He was living about an hour outside of Saigon at the time while I, living in Charleston, had traveled to meet him after four months apart.

This particular morning we were craving a strenuous hike and, after reaching the top, took some time to pause and admire the panoramas along with a quiet, humble village of locals, animals, and fellow-adventures.

I couldn’t help but imagine what a similar scene would look like on a Saturday afternoon in America. We surely wouldn’t have the same lack of ambition to be anywhere else. There wasn’t a restless soul in sight, and as usual, I was entranced by the pervading calm, relentless gratitude, and childlike wonder that followed the Vietnamese wherever they went.

Their lives are much simpler, yes, but they have wealth that money cannot buy.

We were ready to make our descent and began to walk back toward the trail. We made it all of 30 feet before a local family of six began to try to capture our attention. They were off to the side, away from the merchants, sitting on the bare ground having a picnic. Between sign language and minimal, broken English, we got the impression they were inviting us to come dine with them. Suddenly, everything they had was being pushed toward us with shining, compassionate eyes as their little girl showed me Japanese and English books she was using in school.

Knowing how expensive all of it was, especially when the average family makes only $200 a month, we respectfully declined. After kind, unwavering pursuit and genuine hospitality, we finally obliged.

They wanted to build a bigger table, not a higher fence. It didn’t matter to them how much or how little they had.

For roughly two hours, we joined their family, communicating with words, gestures, and energy—such disparate unity feeling like an act of prayer for the world.

I saw true, unconditional love. I don’t think it really mattered to them where we came from or what we had done in the past. They saw two people out of their element and opened their doors wide.

They didn’t care that my husband was an immigrant and I was a foreigner. They didn’t want us out; they wanted to welcome us in so they could broaden their scope.

Would we do the same here?

How often do we have the opportunity to smile at a stranger or let a car merge in traffic and choose the opposite? Or how often do we miss these moments entirely because we are so entranced by our screens, our drama—dare I say, our fear?

No one wanted to steal from me because money is not where they place their worth. Their identity is invested in community, experience, and ritual, not the amount in their bank account, how full their calendars were, or how many trophies their children won.

Their lives seem so unfettered that they don’t have to fight for space in their day for an hour of yoga. Their entire existence seemed to me like an act of meditation.

By February 2018, I will have traveled to over 30 countries. From layovers in Saudi Arabia to a month-long honeymoon in Bali and everything in between, I have had the privilege of a vast amount of experiences. Sure, there have been instances where I’ve been met with skepticism, irritation, and distrust, but overwhelmingly, I have felt an openness, an authenticity, and a yearning to connect from the other side of the world.

Never before in America have I felt as welcome to a stranger as I felt that day on the mountain.

We’re all human. Our countries and governments may be doing one thing, but the average person I met just wanted me to tell them my story.

Would we all stop to hear theirs? 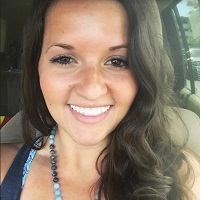