4 Tips for Surviving the Holidays after we’ve Broken Up with our Mothers. 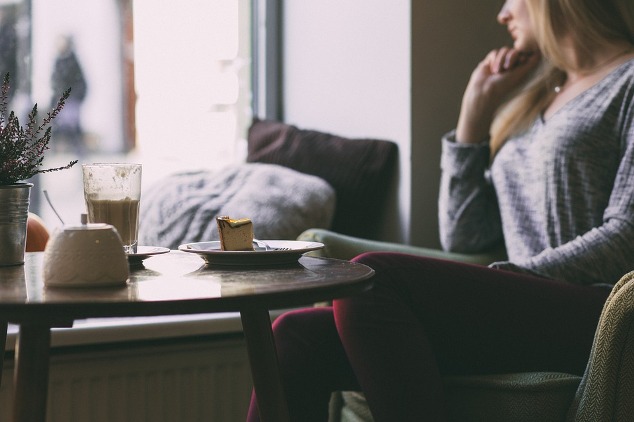 A friend recently asked me a question about the holidays.

It wasn’t your ordinary “What are you doing for Christmas?” kind of inquiry. You see, this is her first holiday season spent estranged from her mother. And she reached out to me because I have barely exchanged words with my own mother in almost three years.

I believe there’s a sort of unspoken bond between women who have “broken up” with their mothers.

They are the ones who understand you while the rest of the world looks at you in disbelief, and maybe even with a little scorn. Definitely with judgment. If someone hasn’t experienced a toxic relationship with a parent, their first thought is generally, “But she’s your mother!”

Mothers are people, too, and while I love mine dearly, there simply came a time when I needed to set myself apart from her in order to grow.

It was not an easy decision to make.

It was over a year — closer to two years, really — before I was able to stop fighting with myself over my choice. By then, I could see how much more I was able to evolve without the ever-present cloud of her criticism hanging over me. I was able to move away from the nagging need to please her (an impossible task), and to begin exploring my own desires and ambitions. I was able to breathe.

What my friend wanted to know was if my first holiday without my mother was hard.

This question deserves a layered answer.

The season is so family-oriented that it’s almost impossible to separate “the holidays” from “family time,” and my family had been especially into traditions. We had a list of them to check off every year, running the gamut from our annual engraved ornaments to Toys for Tots donations to the special “pie cookies” my brother and I always made with my dad. I have so many happy holiday memories from my youth, and there were so many traditions I’d wanted to carry on.

But when my dad died, my mother stopped celebrating Christmas.

I was 22 that year, and my boyfriend at the time was not very “into” Christmas, either. I spent the next (I don’t want to think about how many) years struggling to “create” the holidays on my own. It wasn’t until I was 30 that I decided to stop talking to my mother, so I’m really not sure which Christmas counts as my first without her. I suppose it doesn’t matter. They have all been hard. I miss my dad, I miss my mom, and I miss the family that we used to be.

I offered my friend some insight.

This season is difficult enough on both of us as it is — with my having lost my dad and her having her own losses to consider — and the mother wound compounds that difficulty. But having been through the holidays without my parents for some time now—and having struggled so dearly with (and consistently failing at) creating Christmas—I have a unique perspective on this situation.

If you’re struggling to get through the holidays this year without a parent or loved one, allow me to offer the best advice that I can.

Trying to revive the things you did with your loved one in the past may bring you comfort…or it may bring you heartache. Probably some of both. It’s up to you to decide if those traditions still work for you, but I highly recommend integrating at least a few new ones into your holiday to-do list. It’s a sign of growth, and of moving forward. Don’t let yourself remain trapped in a cycle of mourning and memories.

Last year, my boyfriend and I spent Christmas at home with an old friend I hadn’t seen since high school, and a friend of hers I hadn’t met before. We ate plenty of delicious food and stayed up until 3 a.m. watching the entire first season of “Stranger Things.” We had no tree, and presents were at a minimum. We strung lights from the ceiling and hung a score of dollar-store ornaments from them. And you know what? Winging it made that the best adult Christmas I think I’ve ever had. So don’t be afraid to go against the norm and do things your way.

If you’re already having a hard time emotionally, you don’t need the extra burden of the holiday excess. Shave down the shopping. Ask (or pay) a neighbor to put up your lights. Get pre-made sides and dessert if you don’t feel like spending much time in the kitchen. Many places offer cooked turkey or ham, as well. Pare your to-do list down to the essentials and stick with what brings you the most joy.

4. Be with those who love you.

For some people, this might mean a large extended family gathering. If that’s not feasible, or if you’re like me and don’t care for crowds, it’s also nice to just be with your significant other, your immediate family, and/or a couple of friends. You’d be surprised, too, how many people have nowhere to go over the holidays, so don’t be afraid to reach out — whether that’s to invite friends or family over to your place, or to ask a friend if you might join them and their family.

Losing someone you love is always hard, and the holidays tend to be the hardest.

Having experienced both, I’m still not sure which is harder: by death (because it’s final) or by choice (because that’s one heck of a choice, even when it’s a healthy one). But I’ve made it through. I have found my balance and — though it was lost for a very long time — I have regained the ability to enjoy the holidays.

If you are without someone you love as this season surrounds us, my heart goes out to you, and I wish you the healing and growth that I have finally come to know for myself.

An Open Letter to Single Parents who are Alone on Christmas.

The Buddhist View of Loneliness as a Good Thing. 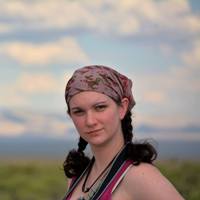