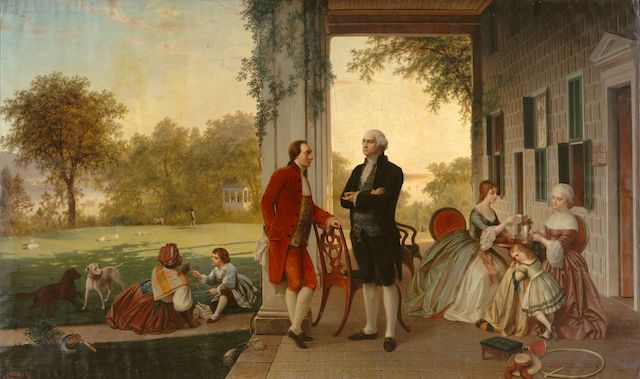 The Democratic Party is a bit like the proverbial man searching for the glasses on his own nose.

For decades, we have been trying to forge a winning platform that would unite the center with the progressive left and energize the base without alienating the middle.

When we have succeeded, we have benefitted, with incremental programs in stair-step fashion; where we have failed, our hopes and dreams have been deferred through yet another round of Republican budgetary cuts.

When we have succeeded, we have bridged the divide with magical hopes and unfulfillable promises; where we have failed, charismatic presidents have made us believe, then dashed our hopes on the shores of political reality.

Nobody has yet found a better way to square the circle that would unite the center with the left so as to once more win. So, the center-left lies about what it can achieve, while the progressive left lies to itself about how it can do better.

But as a conservative, British friend recently noted, the most distinctive feature of the Democratic Party agenda is now hiding right there in their own name, and it can provide the basis of a winning platform that might unite not just left and center but America itself.

Democrats believe in democracy. We believe that elections should not be bought by the highest bidder; that wealthy donors should not enjoy special access to political leaders; that corporations should not shape our culture; that everyone deserves the right to vote; that each vote should be counted equally; and that no single party should be able to filibuster the other into oblivion.

True Democrats believe in democracy, because it frees us from domination in our homes, our schools, our jobs, and the market. We believe every person deserves dignity and respect and thus oppose discrimination in all its forms. We believe this respect is integral to the value we place in democratic institutions, for it infuses participation into every sphere of our lives.

Democrats believe in democracy, because it liberates women, protects children, transforms learning, and invigorates the economy with the spirit of innovation. We believe that when people are included in the decisions that most shape their lives, they are more likely to live well and thrive—and when individuals thrive, we are all better off.

Democrats believe in democracy, because without it there is no real environmentalism. Corporations game the system to increase their profits and propagate lies to preserve the status quo. Climate change is treated as a political football and future generations are removed from debate.

Democrats believe in democracy, but it is seldom noticed and rarely discussed, for Americans take democracy for granted. We assume that our institutions will outlast us and that our leaders will respect the constitution. But these assumptions have been thrown into doubt.

The greatest threat to America today is not this or that conservative program but rather the end of democracy itself. Democrats should capitalize on the fact that they are in both name and deed the only major democratic party left. But if Democrats are to make this claim, they will need to do some house cleaning.

When the Democratic Party itself fails to live up to these standards, we not only feel betrayed but ready to throw away our votes in protest. We are offended at the idea that party elites might choose our presidential candidates, that wealthy donors might dictate their platforms, and that our votes do not really matter.

If Democrats are to win, they need to listen to the largely disenfranchised progressive left and make it clear that they do not want to be reliant on wealthy donors to win. Most Democrats support campaign finance reform, and do not like to spend their time fundraising from wealthy donors—and it was the coservative controlled Supreme Court that really opened the floodgates to big money. Democratic leaders should make this clear.

It is often said that in presidential elections, Democrats fall in love and Republicans fall in line. American liberals believe their leaders should represent not only their values but their highest aspirations; American conservatives believe that hierarchy is inevitable and necessary to get things done. It is a difference that is rooted deep in the conservative mistrust of, and liberal faith in, democratic participation itself.

Republicans under Trump are now subverting democratic institutions at every turn. They oppose campaign finance reform laws, and argue that money is speech, and the wealthy have the right to dominate debates. They oppose lobbying reform, arguing that everyone deserves access to political leaders, with the wealthiest corporations deserving the most. They drive the process of gerrymandering districts to win majorities where they lack majority support. They refuse to approve Democratic court appointees and then pack the courts when it is their turn to govern. They undermine faith in elections by lying about vote rigging, undermine faith in the press by making up stories about fake news, exclude voters by disenfranchising ever larger blocks of them.

But worse than all of this has been the treasonous betrayal of American democratic institutions to a hostile foreign power that is both autocratic and genocidal. Trump himself called on Russia to intervene in the presidential election, asking them to hack Clinton’s emails, and top advisors and appointees have repeatedly lied under oath about their Russian connections. Whether or not there was a quid pro quo deal with Putin may in the end prove to be inessential, for it is clear that the leader of the Republican Party has no qualms with inviting Russia to subvert American elections—and most of the rest of his leadership team is willing to play along.

Conservative propagandists have to keep up a full-time indoctrination campaign to keep their troops in line on these issues. But the lines would break like a poorly trained militia before a modern well-equipped army if Democrats were ever to mount a full-on attack. And while Senators Elizabeth Warren and Bernie Sanders have both mounted such an attack, they have done so from the left. Yet, the door is open to the party itself to mount a blitzkrieg from left, right, and center, which draws on everything Americans hold most dear in their manner of governing and way of life.

It would be the most principled Democratic campaign in generations, because it would involve fighting to preserve the most vital American institutions through the adoption of an extremely popular platform—and it just might sweep the country.