How Buying into our own Mythology makes Heartache Harder. 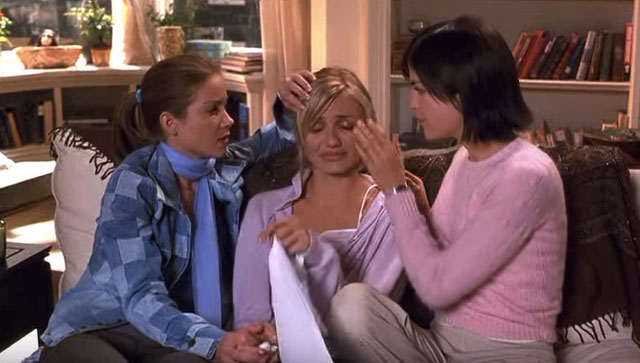 For just a moment, I bought into my own mythology.

I’d been through a tough divorce—with a baby and toddler, no less—and I had even weathered my first post-divorce heartache and experienced unrequited love.

I was sure afterward that nothing else could ever shake me like those experiences. If I had survived falling in love with someone who so easily walked away from me, I could survive anything, right? After all, a breakup is surely less complicated and messy than a divorce, right?

I’ll be honest: I have fairly significant trust issues, and for pretty good reason. But I’ve worked on them, and I’ve continued to open myself up to love and to relationships. I’ve worked on being a deeply authentic person who is willing to fall in love, to trust again, and to believe in a happily ever after scenario.

Or at least I was.

I’m not sure if we’re talking present or past tense because I loved again, trusted again, was badly betrayed, and left completely heartbroken. At this moment, deeply hurting, I’m not sure what I believe. This is how I figured out that I bought into a false mythology.

You might be asking yourself how we can have a mythology about ourselves, but most of us do. We have this story of the kind of person we are, and we usually believe it—until we’re given a reason not to believe it, like with anyone or anything else.

So I was happily moving along through my life thinking that I was this strong, independent woman who could survive anything and be a rock for my kids. I surely wasn’t the kind of person who would weep buckets over a broken relationship, falling apart in front of my children. I wasn’t the kind of woman who could get so tripped up by heartache that I’d be unable to eat and yet still vomit throughout the day with stress. I certainly wouldn’t sit for hours in a dark room in silence after my kids were in bed, unable to find joy in the things that I love. I’m not the kind of woman who could ever fall apart like that.

Except I am. Clearly, I am.

I think, under certain circumstances, we all are. Given the right combination of factors, we can all dissolve into a puddle of emotion rather than being the strong one who can get through anything. We’re all capable of falling apart—just as I truly believe we’re all capable of putting ourselves back together. Maybe the pieces won’t fit quite the same. Maybe we’ll be different people on the other side of these experiences.

But all the love and joy that we’ve lost isn’t gone; it’s just lost. It’s as lost as we feel.

And I think believing our own mythology can help us face hardships, but I think it can hurt us going through them. Sure, I could do the hard thing and initiate a breakup when it came down to it. But believing in my own strength has made it very difficult to fall apart afterward.

Seeing myself as a person who can’t be broken means that when I am broken, I also feel shame that I’m not stronger. Shame, embarrassment, fear, inadequacy. All of these emotions are coming from the fact that we think we should handle things in a different way. So in addition to handling massive amounts of grief, we also have to face the fact that we’re human. We’re vulnerable. We’re not so strong that nothing touches us. There are some things that we’ll feel, even temporarily, like we can’t survive. And our mythology makes the experience of heartache complicated with anxiety and shame.

How do we go about dismantling a mythology about ourselves that so often makes us feel empowered? I don’t think we do need to dismantle it entirely. I do think that when we go through major changes, expected or unexpected, we need to immediately accept that whatever way we’re feeling and whatever we’re doing during this time is the right action for us.

My children are being well taken care of. I feed and bathe them. We have conversations about emotions. I interact with them and play with them, and I’ll cook and clean while tears pour down my cheeks. I’m doing the things I need to do to take care of my responsibilities. I’m even trying to juggle a difficult financial situation in the midst of it all. But I’m doing it all while crying—sometimes sobbing—and I sometimes have to stop to throw up. I have to make myself eat something because my appetite has been eliminated entirely.

And while the mythical me might disapprove of my abject misery and inability to cope with overwhelming love and loss, actual me knows that I’m doing the best I can right now. Today’s best might not look like tomorrow’s best. There will be days that get progressively better—or progressively worse. But the important thing is that we need to accept that every thing we think or feel is valid. There’s no need to heap shame or anxiety on top of all the heartache because we’re not super-human individuals.

Perhaps we need to incorporate vulnerability into our mythology. It’s not actually incongruous. In fact, our vulnerability is one of our strengths, although it often feels far from it. Maybe our mythology should be that we are those independent, fierce, smart, strong people most of the time, but we’re also people who can be broken and who might take a long time to heal. Those traits aren’t mutually exclusive, and allowing ourselves to acknowledge our frailty can help us avoid feelings of humiliation when our experience of dealing with a difficult situation don’t quite align with our preconceived notion of how gracefully we were going to handle the challenge and overcome it.

Believe me when I say there is nothing graceful about swollen eyes from crying, tears soaking a pillow, or having to run to the other room to throw up because I can’t cope with the onslaught of emotion. But there is grace in acknowledging that these experiences are often character-building. Cold comfort, I know. There’s no harm in having a mythology. I just think we need to add a little vulnerability into the equation.