If you Eat Meat, Switch to Pasture-Raised Now! Here’s Why. 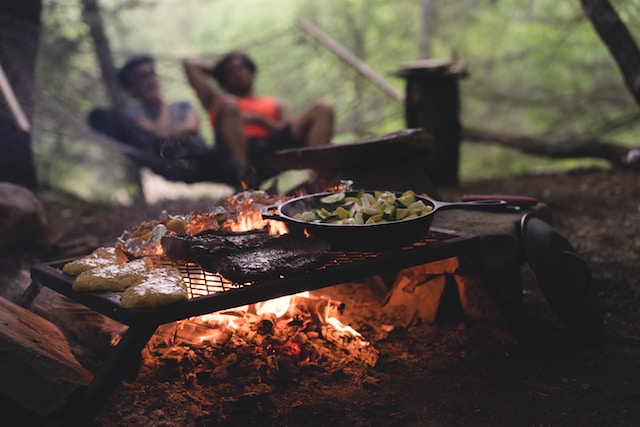 To put it simply, pastured animals are raised outside. That goes for chicken, beef, pork, lamb—any meat.

They’re free to graze and root on pastures, in garden beds, and in the woods—their natural habitats.

Here, they can act according to their biological and behavioral instincts. In the best case scenarios, the animals graze on grass, forage for roots, or chow down on grubs—that is, they eat what their wild counterparts eat, which is what they are meant to eat.

Now, these animals aren’t just left to their own devices; shelter is provided in cases of extreme weather or if predators are about.

And to ensure the fields on which they graze stay plentiful, pastures are rotated regularly, so these animals will always find what they’re looking for. It’s good for the animals and the land. And it’s good for us.

Well, there are several reasons. For starters, raising animals in pastures is the most ethical and humane way to raise an animal. The animal is not confined to a cage or packed into a space with thousands of other animals. The animal is free to roam.

Second, pasture-raising animals is far more sanitary than other methods of farming. Animals aren’t trapped in tiny cages, covered in their own feces.

But, the biggest reason I promote buying pasture-raised, grass-fed meats is that these animals aren’t force-fed corn and grain—feed designed for the sole purpose of fattening them (and us) up. Because the protein pasture-raised animals eat is the kind of protein our bodies have evolved with, we know how to digest it. And if they’ve ingested healthier proteins, we will too when we eat them.

{Editor’s Note: There are much more important reasons than these. See:

Why Eating Meat is Making the Rich Sick & Keeping the Poor Hungry.}

Believe it or not, it does. The most significant difference is due to the contrast in lifestyles between pastured and caged animals. The caged animal doesn’t move, doesn’t exercise. Therefore it’s weak, and its muscles are underdeveloped. The meat tends to be flabby, flimsy, and less flavorful.

The pastured animals lead a naturally active and healthy life. Therefore, there’s muscle integrity in the meat. Plus, they eat a variety of flavorful foods, and that gets passed on to their meat, rather than the bland, grain-fed taste we’re used to. When cooked gently, pastured, grassfed meat is incredibly tender.

But what are the best ways to cook pasture-raised meats?

We should prepare and cook pasture-raised meats differently than conventional meats. If we don’t follow the right cooking methods, these meats can end up a bit tough or rubbery. But, if we take the time to prepare pastured meats properly, the result will have your family begging for more.

And, there’s one general rule of thumb when it comes to preparing and cooking pastured meat:

Say it with me now, “Low and slow.” Nice! Now, when it comes to seasoning, we don’t need to do much. In fact, as long as there’s salt, pepper, and olive oil in our kitchen cabinets, we’ve got all we need. Oh, and a good pan or grill helps.

What does low and slow mean when it comes to chicken? Well, try roasting at 300 degrees Fahrenheit for an hour to an hour and a half. This may seem like more time than usual, but the meat should feel tender and loosen easily from the bone. White meat can be taken from the oven a bit earlier than dark meat.

If cooking the whole bird, you can also place it in a crockpot. We can even put an entire frozen chicken in the crockpot without thawing. Just set the crockpot on low for about six hours (for a four pound bird). No need to add anything but coarse grain salt, pepper, and two tablespoons of Herbs de Provence.

Now, when it comes to cooking beef, treat this meat gently. First, we want to get a beautiful sear on the exterior of the meat—as if creating a thin crust.

A sear can only really happen when you cook over hot heat, and then turn the heat down. The goal here is to get the perfect caramelization of the naturally-occurring sugars on the meat’s surface—you’ve got to keep your eye on it to know for sure.

This shouldn’t take much, and we’ll want to quickly adjust the heat to allow the meat to continue cooking at a much lower temperature. When we reduce the heat, we’re protecting the muscle fibers from contracting too quickly.

High heat is the enemy of pastured, grass-fed beef. So, again, low and slow wins the cooking contest. Try the following method:

Steak on the barbie.

Start by combining the garlic, salt, and pepper. Rub the mixture into all sides of the steak. Allow the steak to rest at room temperature.

Warm the grill. Once it’s hot, reduce the heat to one burner.

Sear the steak for two-and-a-half minutes on each side directly over the flame. Make sure the lid is closed.

Next, place the steak over the unlit portion of the grill. For a medium cooked steak, close the lid and allow the steak to cook to 130 degrees—that should take about 10–15 minutes. Do not flip the steak during this time. Allow the steak to rest for five minutes before serving. I like to serve it with a chipolte marinade.

Why we should participate in Meatless Monday. 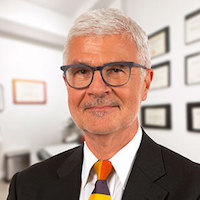